Three types of NiTi rotary systems with (S) and without (NS) spring machining were used in this study (n = 15 each): a spring file (SPR; #25/.06) with and without spring machining (SPR-S, SPR-NS) (Figure 1), a ProTaper Next X2 (PTN; #25/variable taper, Dentsply Sirona, Ballaigues, Switzerland) with and without spring machining (PTN-S, PTN-NS), and a ProTaper Gold F2 (PTG; #25/variable taper, Dentsply Sirona) with and without spring machining (PTG-S, PTG-NS). The two file systems (PTN and PTG) were included to evaluate whether the spring structure actually works for other commercially introduced file systems. The PTN system is a representative file system with an eccentric center of rotation due to the off-center design of its cross section, while PTG is a conventional rotary instrument with a convex triangular cross section [18,19]. SPR and PTG are made of heat-treated NiTi controlled-memory wire, while PTN is made of m-wire NiTi alloy. The length of the file was 25 mm in all cases.
Spring machining was adjusted on the file shaft via a laser cutting process using a custom manufacturing device from the company DenFlex with the laser being generated by IPG Photonics (Burbach, Germany). The spring structure was adapted to contain a 6-mm-long spring in the shaft with a 2600° spring coil (Figure 1).
The torsional resistance was measured using a custom-made device (AEndoS; DMJ system, Busan, Korea) according to the American National Standard/American Dental Association specification no. 28 [20] and ISO specification 3630-1 [21] with some modifications. The file tip of the apical 3-mm part was rigidly fixed between two resin blocks made of polycarbonate (Figure 2A). Each file was driven clockwise at 2 rpm speed using a computerized program designed for the device until a file fracture occurred. The ultimate strength (Ncm) and distortion angle until fracture (°) were recorded at a rate of 50 Hz, and the toughness (°·Ncm) was calculated using the area under the plot of the distortion angle (X axis) and the torsional load (Y axis) using Origin v6.0 Professional (Microcal Software Inc., Northampton, MA, USA).
The cyclic fatigue resistance was evaluated using another custom-made device (EndoC; DMJ system) with a simulated canal block (Figure 2B). Using the device, repeated simulations in a curved canal with a 35° angle of curvature were performed. The instruments from each subgroup (n = 15 each) were rotated at 300 rpm in the dynamic mode, with a 4-mm-deep up-and-down pecking motion performed by a computerized program designed for the device. At the moment when the instrument fracture occurred, the time for fracture was recorded using a chronometer. The number of cycles to failure (NCF) for each instrument was calculated by multiplying the total time (s) to fracture by the rotation rate (5 revolutions per second, 300 rpm). The length of the fractured file tip was measured using a digital micro-caliper (Mitutoyo, Kawasaki, Japan).
After the cyclic fatigue and torsional resistance tests, five fractured fragments were randomly selected for observation and evaluation of the topographic features of the fractured surfaces using field-emission scanning electron microscopy (FE-SEM; JSM-7200F; JEOL Ltd., Tokyo, Japan).
Mean and standard deviations were calculated for each group, and a paired t-test was used to compare torsional and cyclic fatigue resistance within a file system with or without spring machining. The statistical analysis was performed by SPSS v25.0 (IBM Corp, Armonk, NY, USA) and the significance level was set at p < 0.05.

The mean and standard deviations of the cyclic fatigue resistance and torsional resistance for each instrument group are presented in Table 1 and Table 2.
The NCF values were significantly higher for the groups with spring machining than for the groups without spring machining in all file systems (p < 0.05). The NCF value was highest for PTG, followed by PTN and SPR. Additionally, the group with spring machining exhibited a higher toughness and larger distortion angle than the group without spring machining in all file systems, and the difference was statistically significant (p < 0.05). The toughness was highest for PTG, followed by SPR and PTN (p < 0.05). The distortion angle was largest for SPR, followed by PTG and PTN (p < 0.05). However, there was no statistically significant difference between the spring-machined group and the control with regard to the ultimate strength (p > 0.05).
The SEM topographic examination revealed the typical appearances of two failure modes: cyclic fatigue fracture (Figure 3) and torsional fracture (Figure 4). There were no specific differences between the file groups with and without spring machining. Specimens from the cyclic fatigue tests exhibited crack initiation area(s), crack propagations, and overloaded fast fracture zone(s) in the cross-sectional views, as well as microcracks along the machining groove on the longitudinal section (Figure 3). Specimens from the torsional resistance tests exhibited typical features, such as circular abrasion marks and skewed dimples near the center of rotation in the cross-sectional views, and exhibited the unwound helix of the file flute and slipped structure (microcracks) in the longitudinal aspects of the file (Figure 4).

All listed authors have contributed significantly to this study/manuscript and are in agreement with the manuscript. Sang Won Kwak and Hyeon-Cheol Kim contributed equally to this work and share the corresponding authorship. 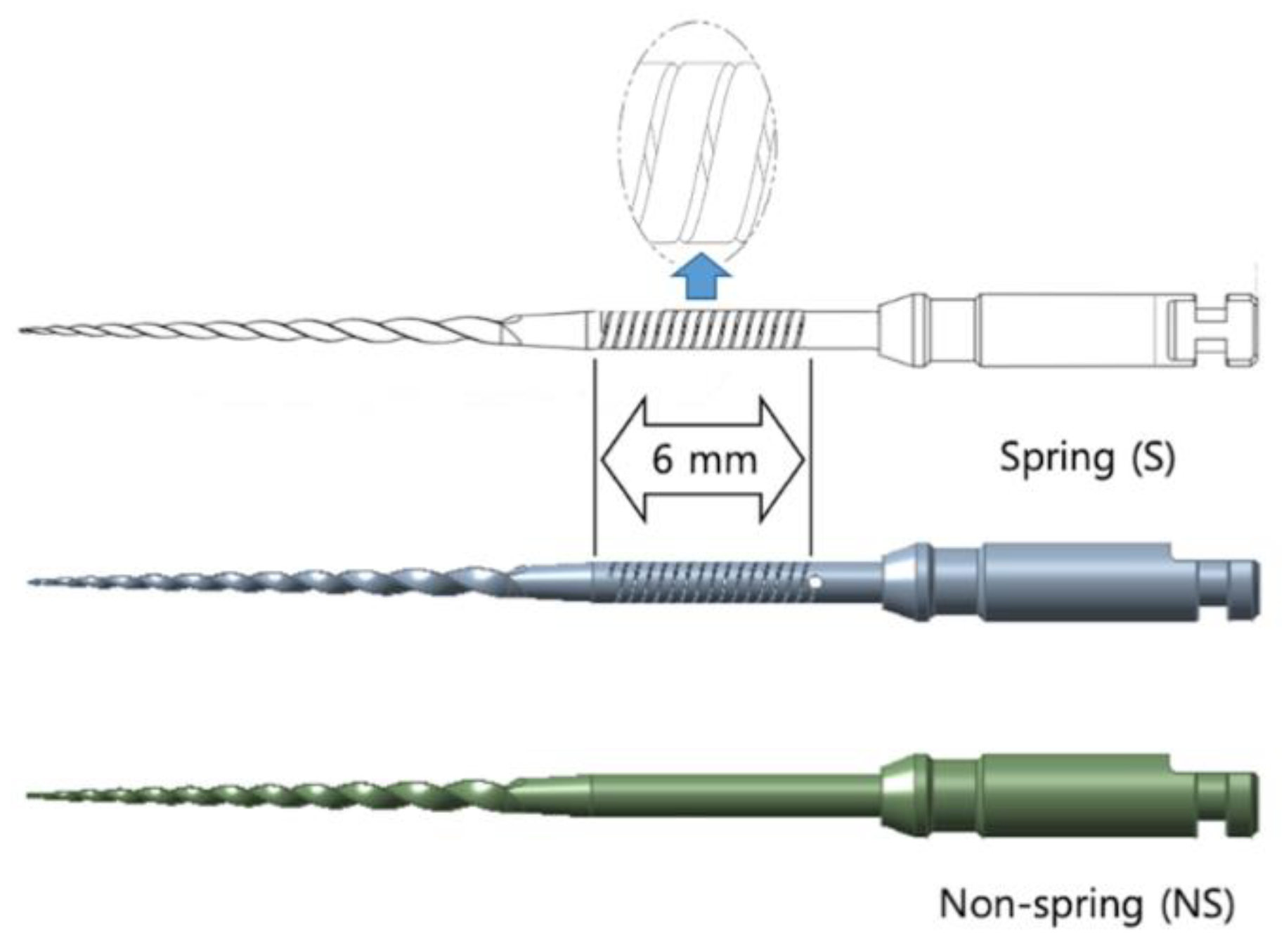 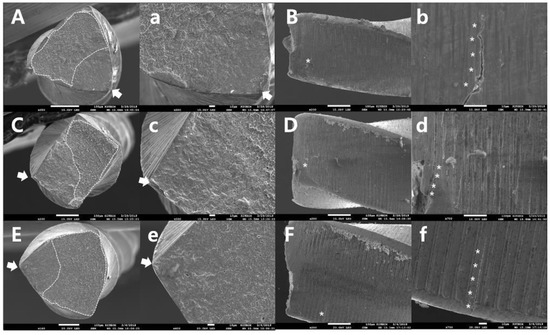 Table 2. Torsional resistance of each tested group (mean ± standard deviation).
Table 2. Torsional resistance of each tested group (mean ± standard deviation).
SPR: Spring file; PTN: ProTaper Next; PTG: ProTaper Gold. * There were significant differences in toughness and distortion angle between the non-spring and spring groups for each file system (p < 0.05). No significant difference was shown in ultimate strength between non-spring and spring groups (p > 0.05).
© 2020 by the authors. Licensee MDPI, Basel, Switzerland. This article is an open access article distributed under the terms and conditions of the Creative Commons Attribution (CC BY) license (http://creativecommons.org/licenses/by/4.0/).
We use cookies on our website to ensure you get the best experience. Read more about our cookies here.
Accept
We have just recently launched a new version of our website. Help us to further improve by taking part in this short 5 minute survey here. here.
Never show this again