Dealing with Nap-Core Sandwich Composites: How to Predict the Effect of Symmetry
Next Article in Special Issue

Effect of Ru, Rh, Mo, and Pd Adsorption on the Electronic and Optical Properties of Anatase TiO2(101): A DFT Investigation

In this paper, nanostructured TiO2 film was prepared by the by sol-gel process and dip-coating technique with titanium tetraisopropoxide as a precursor. After heat treatment at 550 °C, the deposited film was characterized by means of micro-Raman spectroscopy and atomic force microscopy (AFM). It was found that the TiO2 film consisted of only the TiO2 anatase phase and showed a granular microstructure. Photocatalytic degradation of azithromycin by using sol-gel nanostructured TiO2 film was studied to define the most effective degradation process for potential use in wastewater treatment. Different factors were evaluated during photocatalysis, such as pH (3, 7, and 10), water matrix (ultrapure water and synthetic municipal waste water effluent), influence of another pharmaceutically active compound (sulfamethoxazole, one of the most often detected pharmaceutic compounds in waste waters), and radiation sources (low pressure ultraviolet (UV) mercury lamps with a UV-A and UV-C range; a light-emitting diode (LED) lamp with a radiation peak at 365 nm). The most effective degradation process was achieved with the UV-C irradiation source in matrices at pH 10. The water matrix had little effect on the photocatalytic degradation rates of azithromycin. The presence of sulfamethoxazole in the water matrix decreased the degradation rate of azithromycin, however, only in matrices with a pH level adjusted to 10. During the experiments, five azithromycin degradation products were identified and none of them showed toxic properties, suggesting effective removal of azithromycin. LED 365 nm as the irradiation source was not as effective as the UV-C lamp. Nevertheless, considering the cost, energy efficiency, and environmental aspects of the irradiation source, the LED lamp could be a “real-life” alternative. View Full-Text
Keywords: azithromycin; photocatalysis; UV mercury lamp; LED lamp; Vibrio fischeri toxicity azithromycin; photocatalysis; UV mercury lamp; LED lamp; Vibrio fischeri toxicity
►▼ Show Figures 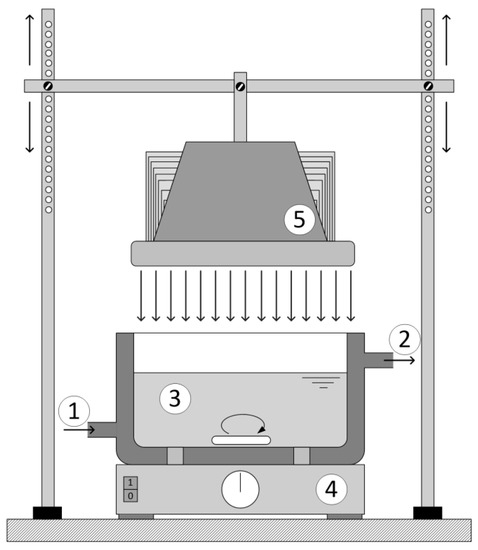