Review of Microalgae Harvesting via Co-Pelletization with Filamentous Fungus

Modern economies are dependent on fossil energy, yet as conventional resources are depleted, an increasing fraction of that energy is coming from unconventional resources such as tar sands. These resources usually require more energy for extraction and upgrading, leaving a smaller fraction available to society, and at a higher cost. Here we present a calculation of the energy return on investment (EROI) for all Canadian oil and gas (including tar sands) over the period 1990–2008, and also for tar sands alone (1994–2008). We used energy production and energy use data from Statistics Canada’s Material and Energy Flow Accounts (MEFA). We were able to quantify both direct and indirect energy use, the latter from Statistics Canada’s energy input-output model. We found that since the mid-1990s, total energy used (invested) in the Canadian oil and gas sector increased about 63%, while the energy production (return) increased only 18%, resulting in a decrease in total EROI from roughly 16:1 to 11:1. We also found (although with less certainty) that the EROI for tar sands alone has fluctuated around 4:1 since 1994, with only a slight increasing trend. Finally, we analyzed underlying factors possibly influencing these trends. View Full-Text
Keywords: energy return on investment (EROI); input-output; net energy; tar sands; oil and gas energy return on investment (EROI); input-output; net energy; tar sands; oil and gas
►▼ Show Figures 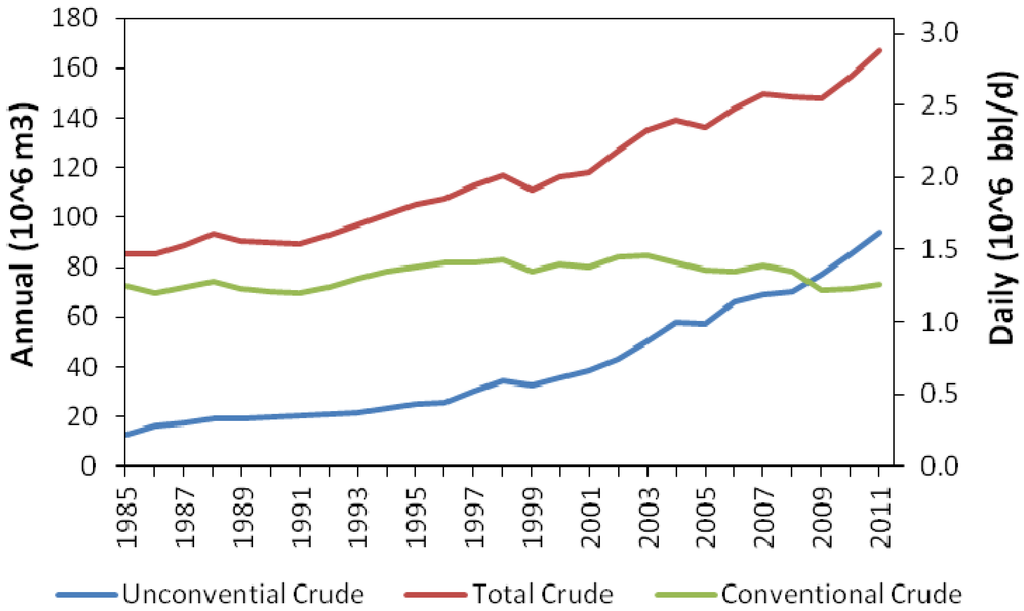