Economies are fueled by energy produced in excess of the amount required to drive the energy production process. Therefore any successful society’s energy resources must be both abundant and exploitable with a high ratio of energy return on energy invested (EROI). Unfortunately most of the data kept on costs of oil and gas operations are in monetary, not energy, terms. Fortunately we can convert monetary values into approximate energy values by deriving energy intensities for monetary transactions from those few nations that keep both sets of data. We provide a preliminary assessment of EROI for the world’s most important fuels, oil and gas, based on time series of global production and estimates of energy inputs derived from monetary expenditures for all publicly traded oil and gas companies and estimates of energy intensities of those expenditures. We estimate that EROI at the wellhead was roughly 26:1 in 1992, increased to 35:1 in 1999, and then decreased to 18:1 in 2006. These trends imply that global supplies of petroleum available to do economic work are considerably less than estimates of gross reserves and that EROI is declining over time and with increased annual drilling levels. Our global estimates of EROI have a pattern similar to, but somewhat higher than, the United States, which has better data on energy costs but a more depleted resource base. View Full-Text
Keywords: EROI; oil; natural gas EROI; oil; natural gas
►▼ Show Figures 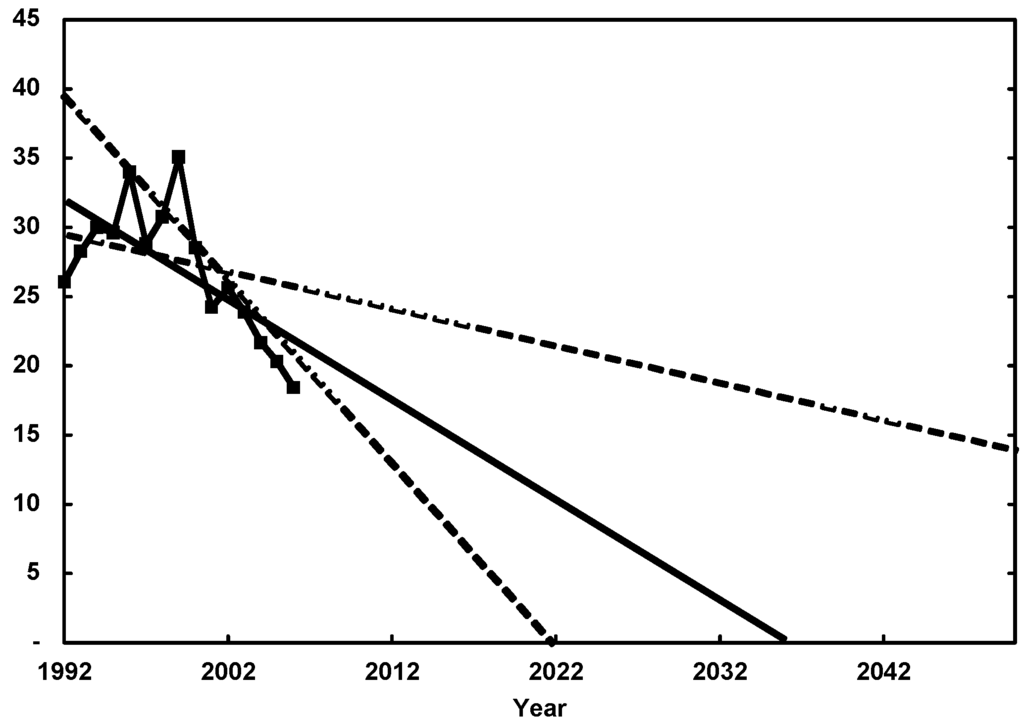