:
Utilizing biological processes for hydrogen production via gasification is a promising alternative method to coal gasification. The present study proposes a dynamic simulation model that uses a one-dimensional heat-transfer analysis method to simulate a biohydrogen production system. The proposed model is based on an existing experimental design setup. It is used to simulate a biohydrogen production system driven by the waste heat from an integrated gasification combined cycle (IGCC) power plant equipped with carbon capture and storage technologies. The data from the simulated results are compared with the experimental measurement data to validate the developed model’s reliability. The results show good agreement between the experimental data and the developed model. The relative root-mean-square error for the heat storage, feed-mixing, and bioreactor tanks is 1.26%, 3.59%, and 1.78%, respectively. After the developed model’s reliability is confirmed, it is used to simulate and optimize the biohydrogen production system inside the IGCC power plant. The bioreactor tank’s time constant can be improved when reducing the operating volume of the feed-mixing tank by the scale factors of 0.75 and 0.50, leading to a 15.76% and 31.54% faster time constant, respectively, when compared with the existing design.
Keywords:
dynamic simulation; heat and mass transfer; bio-hydrogen application; waste heat application

The present study simulates two models of a biohydrogen production system, i.e., the validation model and the bio-IGCC model. The validation model is based on the experimental design of a lab-scale biohydrogen production system that serves as the industrial application pilot study. Figure 1 illustrates the three-dimensional, computer-aided design drawing of the experimental setup of the lab-scale biohydrogen production system. Figure 2 shows the picture of the experiment setup facility.
The validation model is used to verify the heat-transfer analysis method utilized in the mathematical modeling of the simulation. The bio-IGCC model is based on a biohydrogen production–IGCC power plant system design (this paper’s case study). Figure 3 and Figure 4 illustrate the graphical diagrams representing the configuration for both systems. Although the designs are slightly different, steam is still the primary heat source for both systems.
In this study’s lab-scale biohydrogen production system experiment, it was determined that the amount of time for the bioconversion in the hydrogen production using Thermococcus onnurineus NA1 is approximately 6 h. Thus, the amount of time the fluid was stored inside the bioreactor tank for the bio-IGCC model was also 6 h to simulate the bioconversion process.
The critical components of the biohydrogen production system that this study investigates are the heat-exchanger, feed-mixing, and bioreactor tanks. The role of the bioreactor tank is the production and collection of hydrogen through the WGS chemical reaction. The feed-mixing tank is where Thermococcus onnurineus NA1 is cultured before sending it to the bioreactor. The working fluid used in the model, i.e., the cultured Thermococcus onnurineus NA1 mixed with water, can be treated like seawater, as it has a salinity of 3.5%. The heat-exchanger tank is used to exchange heat with the primary heat source to heat the bioreactor and feed-mixing tanks to the desired operating condition.
The main focus in the model development is the thermal aspect of the current design of biohydrogen production. Thus, the heat and mass transfer analysis approach is used to simulate the system’s behavior on the basis of the determined boundary conditions. A validation process is conducted to ascertain the validity of the heat-transfer analysis approaches used to develop the model by comparing the results of the developed model with experimental results. The following assumptions are made to simplify the system to be simulated and modeled:
For the dynamic simulation modeling of the biohydrogen production system, this study uses a lump capacitance approach for the system modeling. To use the lump capacitance method, the Biot number () of the tanks in the studied system must be less than 0.1. Thus, the validation of the tanks in the modeling of each system using the lump capacitance method is evaluated. The equation is expressed as follows [35]:
Here, is the convective heat-transfer coefficient, is the characteristic length, and is the solid thermal conductivity.

3.1. Simulation Flowchart for the Validation Model and the Biointegrated Gasification Combined Cycle Model

Simulink from MATLAB was utilized for the simulation. The differential equation solver used for high accuracy was the method of solving fourth-order ordinary differential equations. Generally, the calculation for the heat balance was the same for both of the models. Figure 13 illustrates the simulation flowchart for the validation model. This simulation focused on the transient process of heating the fluid inside the tank and the tank’s temperature change. When the simulation was completed, the numerical and experimental results were compared. For the bio-IGCC model, the system had a control process to simulate the filling and emptying of the tanks for the biohydrogen production process, as is shown in Figure 14.

Table 1 and Table 2 present the operating parameters of the validation model. The current model assumed that the fluid’s mass flow rate entered and left the tanks to be heated at the respective tank’s heat exchanger, as is shown in Figure 3.

Based on the tank parameters presented in the previous section, the calculation used the average convective heat-transfer coefficient from the simulated results. Furthermore, additional assumptions needed to be made for the calculation for the tanks in the bio-IGCC model. Since the thickness of the tanks was far less than the diameter of the tanks, the tank walls could be approximated as plane walls. Table 7 lists the parameter values used in the calculation and the calculated .
These results demonstrated that the of the tanks in each system was still <0.1, validating the lump capacitance approach. However, it should be noted that the temperature change of the current algorithm used in the developed model was not based on an exponential function since the algorithm was solely based on the heat-transfer equation. Thus, the current model’s accuracy was limited because of the difference in the transient property from the exponential function.

4.2. Simulation Results for the Model Validation

Figure 16 illustrates the simulation results for the biohydrogen production process in the bio-IGCC model based on the previously described process flow. The figure demonstrates that there was some inconsistency throughout the simulation for the feed-mixing tank temperature. The temperature instability occurred during the filling and draining process. Based on the presented results, the tank with a lower-volume capacity tended to have its temperature disrupted during filling and draining.
By contrast, the bioreactor tank was heated with an internal and external heat exchanger. The tank’s temperature was much more stable because of the large amount of fluid volume, meaning that the fluid’s heat energy was not easily altered. Additionally, the heat supplied through to the heat-exchanger bundle inside the bioreactor tank ensured that the temperature was maintained at the target value although the tank’s volume was not always constant throughout the process.
Overall, the current system design could meet the thermal requirements of the biohydrogen production process. Hence, the optimization of the current system was based on the heat and mass transfer aspect to ensure that the steady-state temperature for the biohydrogen production process was reached as soon as possible.

This study presented the model development for the dynamic simulation of a biohydrogen production system. Two models were simulated, and the same approach was used to analyze both. The first simulated model was validated on the basis of a lab-scale biohydrogen production system, and the second model was based on an IGCC power plant biohydrogen production system. The validation model simulation results showed that the RRMSE for each tank was within an acceptable limit. The RRMSEs for the heat storage, feed-mixing, and bioreactor tanks were 1.26%, 3.59%, and 1.58%, respectively.
As for the IGCC system model, the system’s current design was simulated, and an optimization case study was performed. In the case study, the feed-mixing tank operating volume was varied using the scale factor. The results showed that reducing the operating volume of the feed-mixing tank by the scale factors of 0.75 and 0.50 resulted in better performance than the current operating parameter for volume (resulting in a decrease in the starting time of the biohydrogen production process by 15.76% and 31.54%, respectively). This volume reduction occurred under the same conditions as the current operating parameter.

This work was supported by the Korea Institute of Energy Technology Evaluation and Planning (KETEP) and the Ministry of Trade, Industry, and Energy (MOTIE) of the Republic of Korea (No. 1415167167).

This research does not involve humans or animals.

This research does not involve humans.

Data are contained within this study. 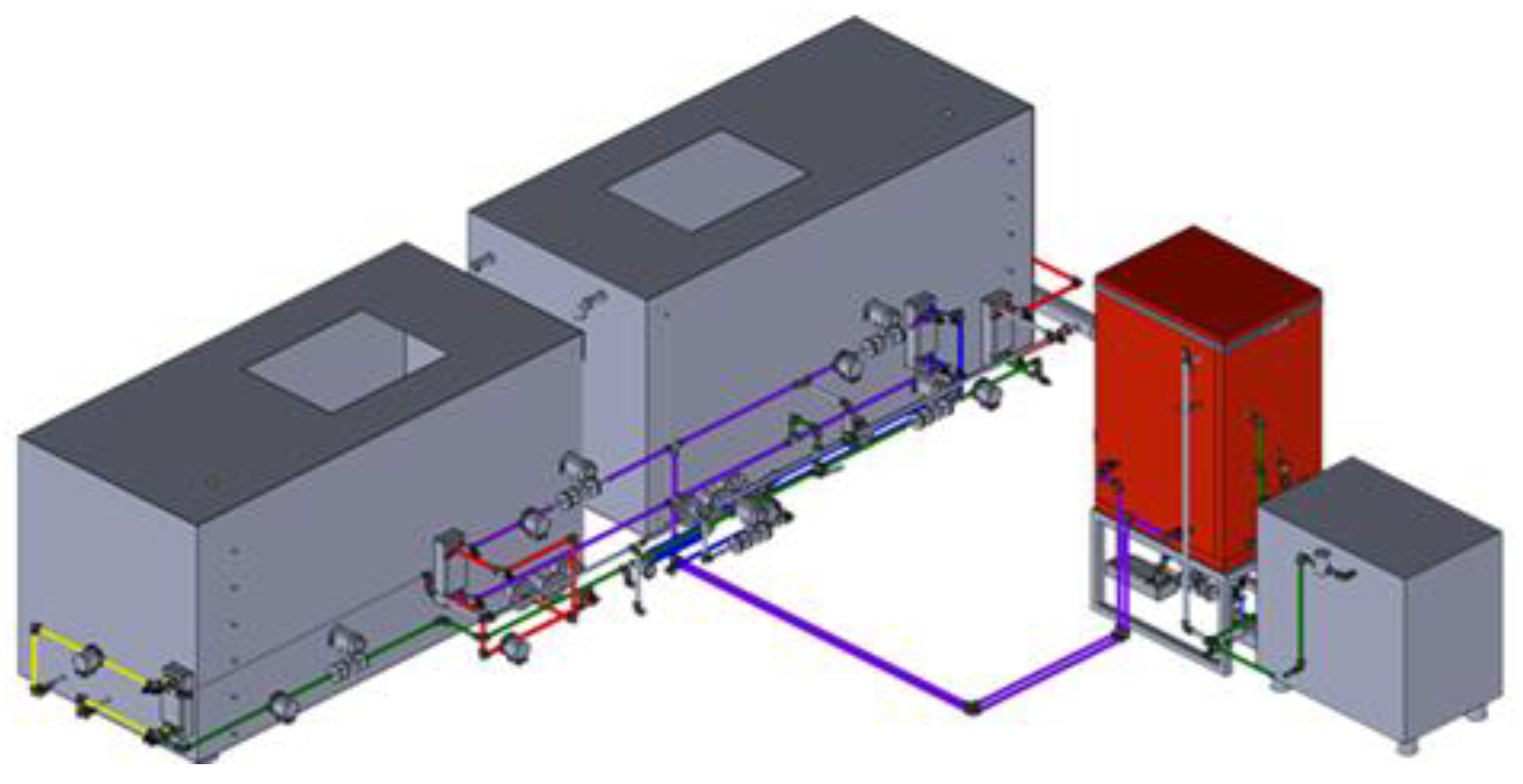 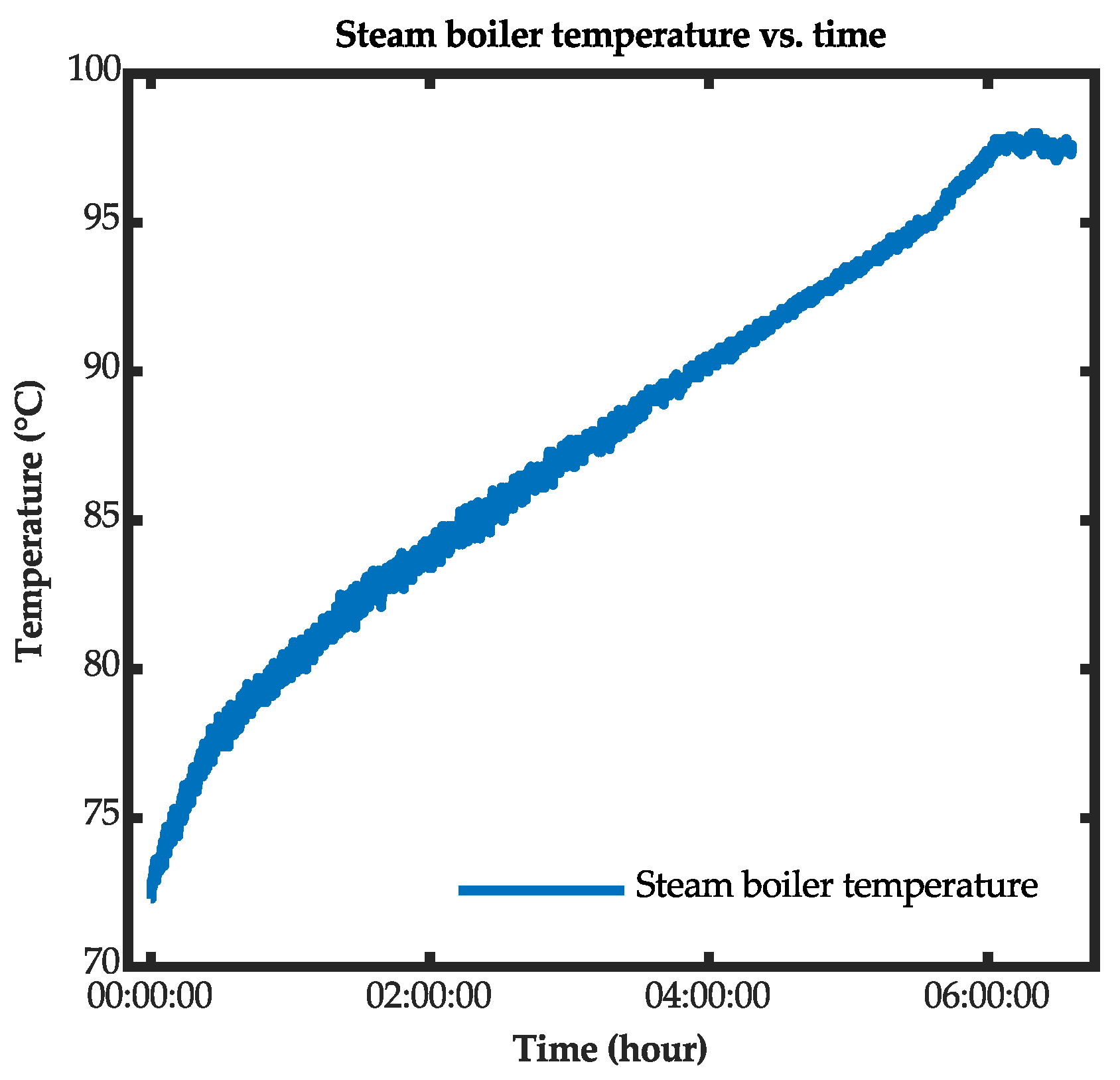 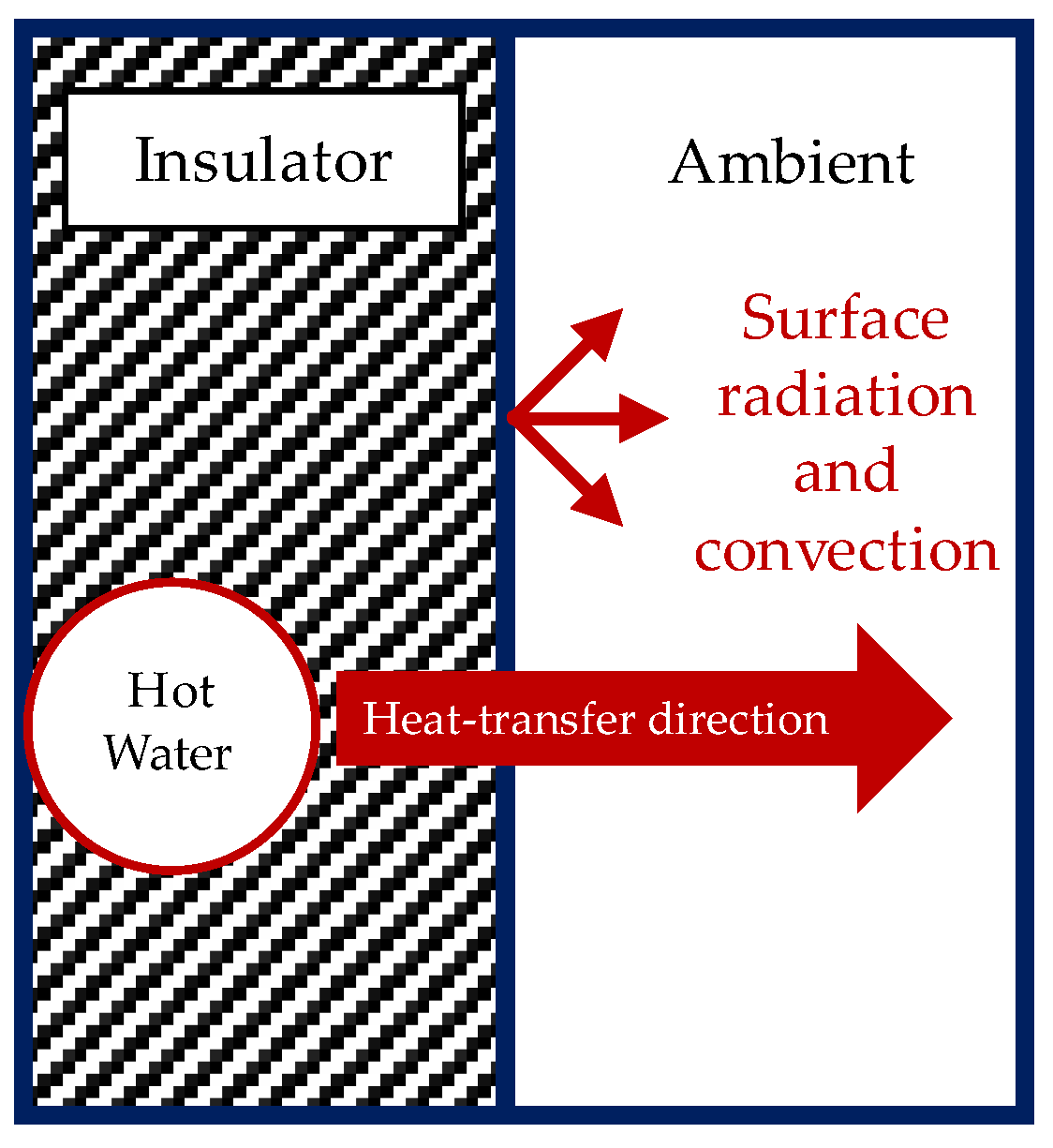 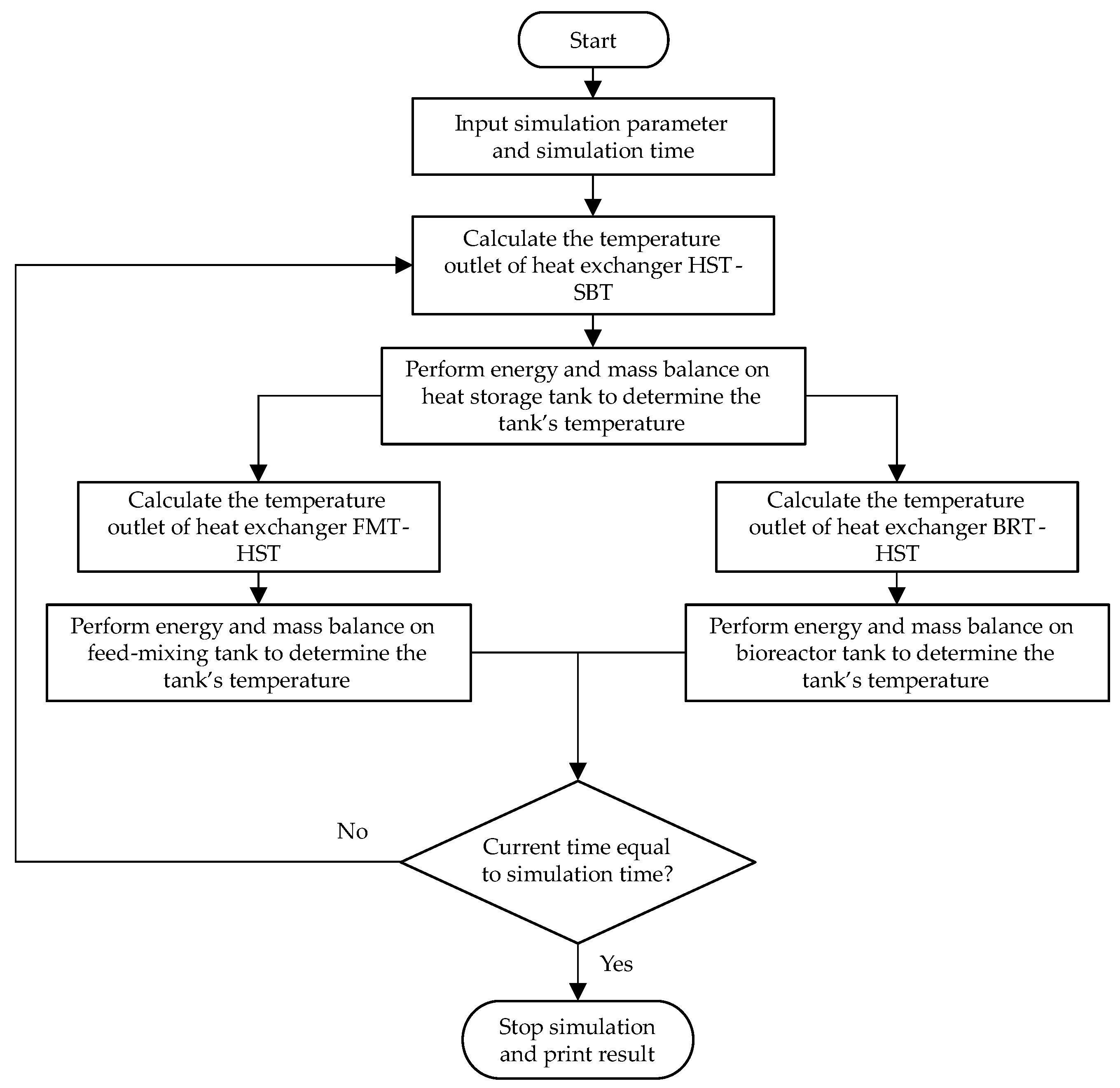 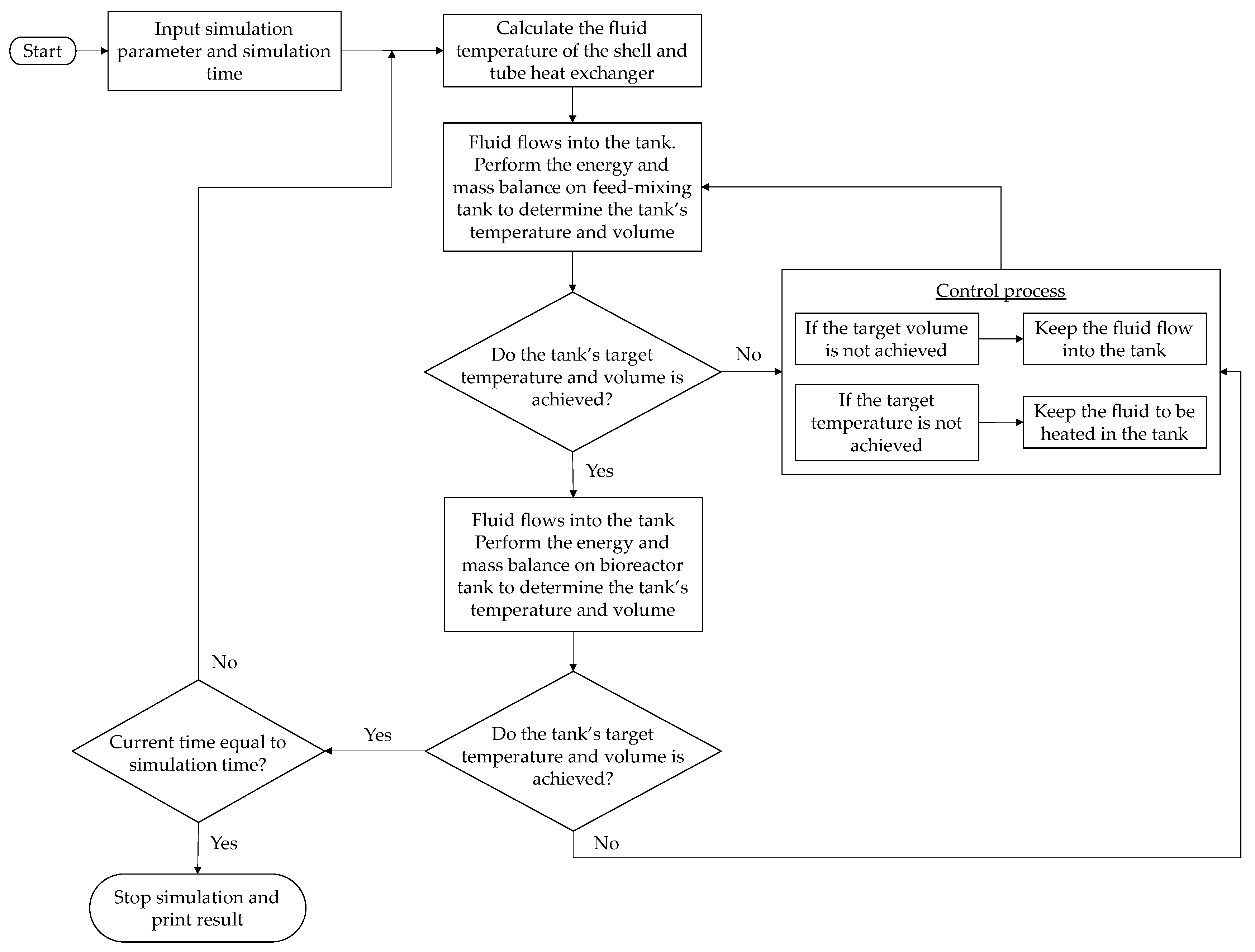 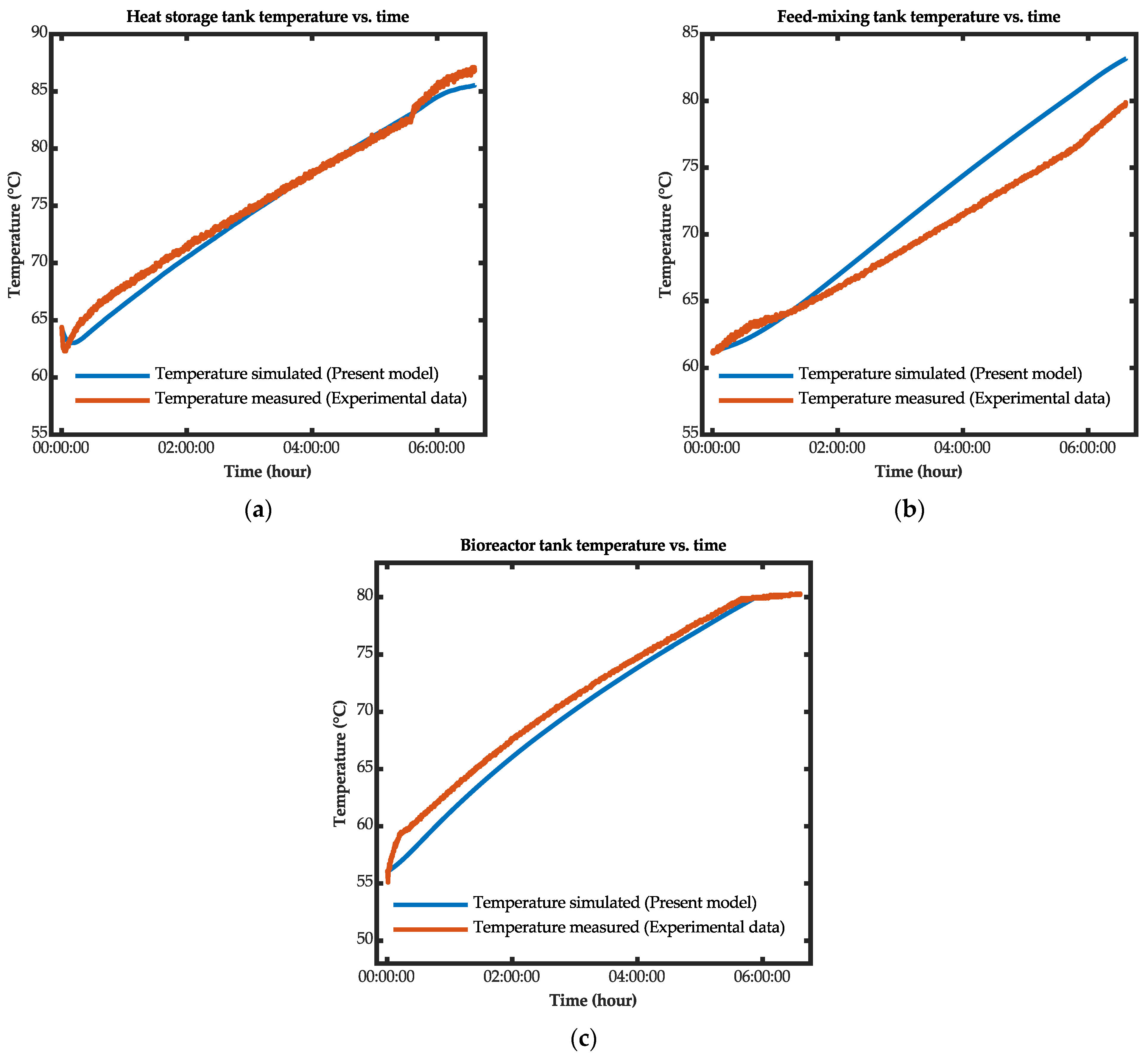 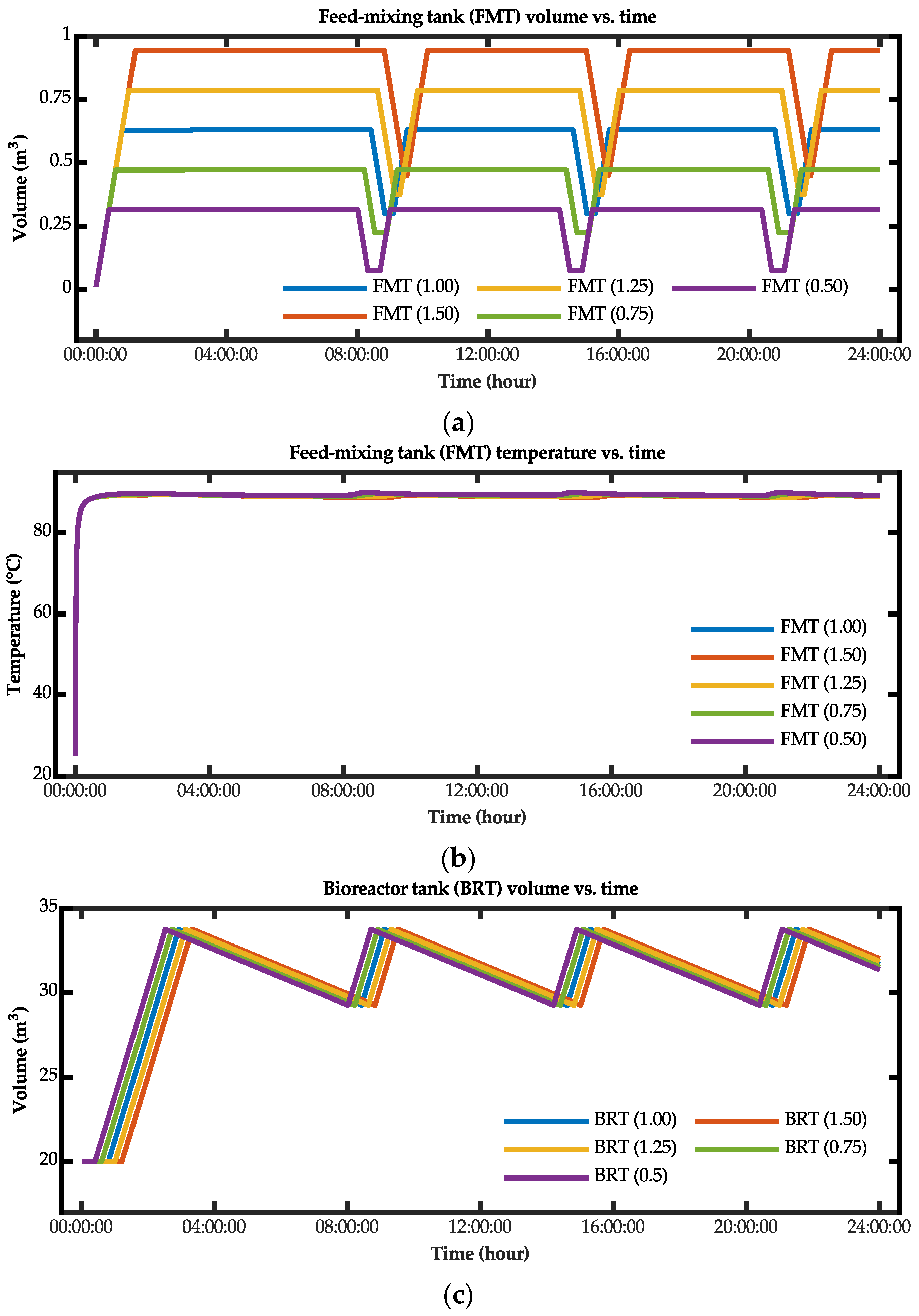