Based on the zinc–nickel single-flow battery, a generalized electrical simulation model considering the effects of flow rate, self-discharge, and pump power loss is proposed. The results compared with the experiment show that the simulation results considering the effect of self-discharge are closer to the experimental values, and the error range of voltage estimation during charging and discharging is between 0% and 3.85%. In addition, under the rated electrolyte flow rate and different charge–discharge currents, the estimation of Coulomb efficiency by the simulation model is in good agreement with the experimental values. Electrolyte flow rate is one of the parameters that have a great influence on system performance. Designing a suitable flow controller is an effective means to improve system performance. In this paper, the genetic algorithm and the theoretical minimum flow multiplied by different flow factors are used to optimize the variable electrolyte flow rate under dynamic SOC (state of charge). The comparative analysis results show that the flow factor optimization method is a simple means under constant charge–discharge power, while genetic algorithm has better performance in optimizing flow rate under varying (dis-)charge power and state of charge condition in practical engineering.
Keywords: zinc–nickel single-flow battery; equivalent circuit model; self-discharge; dynamic flow rate optimization; genetic algorithm zinc–nickel single-flow battery; equivalent circuit model; self-discharge; dynamic flow rate optimization; genetic algorithm

The voltage estimation module of the zinc–nickel single-flow battery stack is shown in Figure 5. The ion activity should be used when calculating the battery electromotive force using the Nernst equation. When the ionic strength is not large, and the valence state of the oxides and the reductants is not high, the battery electromotive force can be directly calculated by using the ion concentration. In the zinc–nickel single-liquid battery, the valence states of the hydroxide ion and zincate ion are −1 and −2, respectively. The active material nickel oxide of the positive electrode is not present in the battery in the form of ions, and its ion activity cannot be further measured. Only the proton concentration of hydrogen can be used to indicate the content of nickel hydroxide. Whether it is theoretical analysis or comparison with experimental results, it is shown that the error caused by the calculation of the voltage of the stack using the ion concentration is small and within an acceptable range. The potentials of the positive and negative electrodes are as follows:
is the positive equilibrium potential, is the negative equilibrium potential, T is the ambient temperature, and is the electron transfer number in the electrode reaction. The concentration of positive active substance can be replaced by H proton concentration. Equation (18) can be rewritten as follows:
The battery stack potential is as follows:
Based on the above-mentioned calculations in Equations (18)–(21) for the potential of the zinc–nickel single-flow battery stack, combined with the range of concentration of each substance in Table 2, the battery potential can be further expressed by SOC as Equation (22), where is 1.705 V. Under different operating conditions, the terminal voltage is affected by internal loss and self-discharge. The terminal voltage is estimated by Equation (23), where “±” indicates the charging process and the discharging process. is the average voltage drop caused by the self-discharge during charge and discharge, which is 3.65 mV and 6.9 mV, respectively [33].

SOC is used to characterize the state of charge of batteries. Its estimation module is shown in Figure 6. Based on the change of concentration of , the dynamic SOC value of the zinc–nickel single-flow battery is reflected in Equation (24). “±” indicates the charging and discharging process. The value of can be obtained as 1 mol/L from Table 2.
The SOC of the zinc–nickel single-flow battery stack storage system is divided into in the tank and in the stack. The SOC in the stack is given by Equation (25). To simplify the estimation of the SOC, the formula for calculating the dynamic SOC of the stack is shown in Equation (26). Equation (27) is a formula for calculating the . When charging, b takes a value of 1, and when discharged, it is −1. The simulation parameters involved in the model are shown in Table 3.

3.1. Terminal Voltage Estimation and Error Analysis of the Charging

3.2. Terminal Voltage Estimation and Error Analysis of the Discharging

In this paper, the zinc–nickel single-flow battery stack is taken as the research object, and a general electrical model considering self-discharge, pump loss, and flow is built by using MATLAB/Simulink software. The self-discharge module, pump loss module, SOC, and voltage estimation module in this model are described in detail in Section 2. In order to evaluate the accuracy of the electrical model, the charging and discharging experiments of the zinc–nickel single-flow battery stack (300 Ah) were carried out under different charging and discharging currents (50 A, 100 A, 150 A). The results are compared with the simulation values (considering self-discharging and without considering self-discharging). The results show that the simulation values obtained by the simulation model considering self-discharging are closer to the experimental results. The minimum error of voltage in charging is 0–0.02%, the maximum error is 1.1–2.61%, the minimum error of voltage in discharging is 0.002–0.02%, and the maximum error is 1.8–3.85%. In addition, the Coulombic efficiency of the complete charge and discharge cycle of the simulation model is estimated. Under the operating conditions of rated electrolyte flow rate (0.09 L/S), charging current 100 A, and discharge current 50 A, 100 A, and 150 A, the comparison with experimental data shows that the simulation model has high accuracy in estimating Coulomb efficiency. The flow rate of electrolytes is one of the most influential parameters in the operation of battery stacks. Excessive flow rate of electrolytes will cause high pump loss, and too low a flow rate of electrolyte will increase the internal loss of the battery stack. Therefore, there exists a time-varying optimal electrolyte flow rate to maximize the system efficiency of the zinc–nickel single-flow battery stack corresponding to the dynamic SOC. In this paper, the overall power loss (pump loss, internal loss) of the system is taken as the objective function, and two methods, genetic algorithm and theoretical minimum flow multiplied by different flow factors, are used to optimize the flow rate. The results show that, compared with the rated flow rate (0.09 L/s), the optimized flow rate of electrolytes improves the system efficiency significantly. The results show that under the constant charge and discharge power, the above two optimization methods have significantly improved the system performance, and the flow factor optimization method is more convenient. However, in the face of the “peak-valley” phenomenon of charge and discharge power in actual engineering, the optimization method of fixed flow factor may not achieve the expected effect, and the genetic algorithm can optimize the electrolyte flow in real time to provide better flow control strategy.

This research was funded by National Natural Science Foundation of China (grant number: 51776092).

We would like to thank the School of Energy and Power Engineering of Jiangsu University of Science and Technology for its support. In addition, we would like to thank our colleagues in the laboratory for their technical assistance to the software problems encountered during the project. 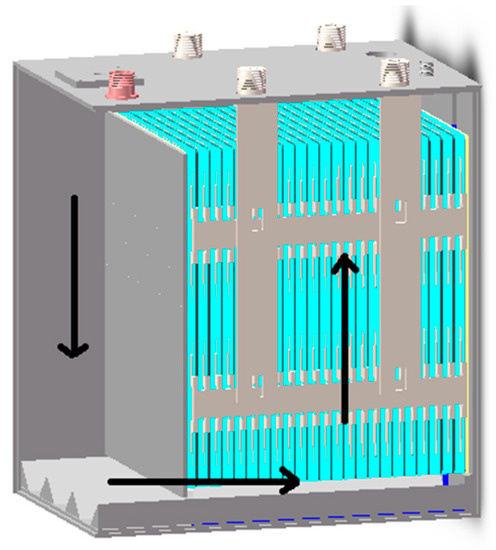 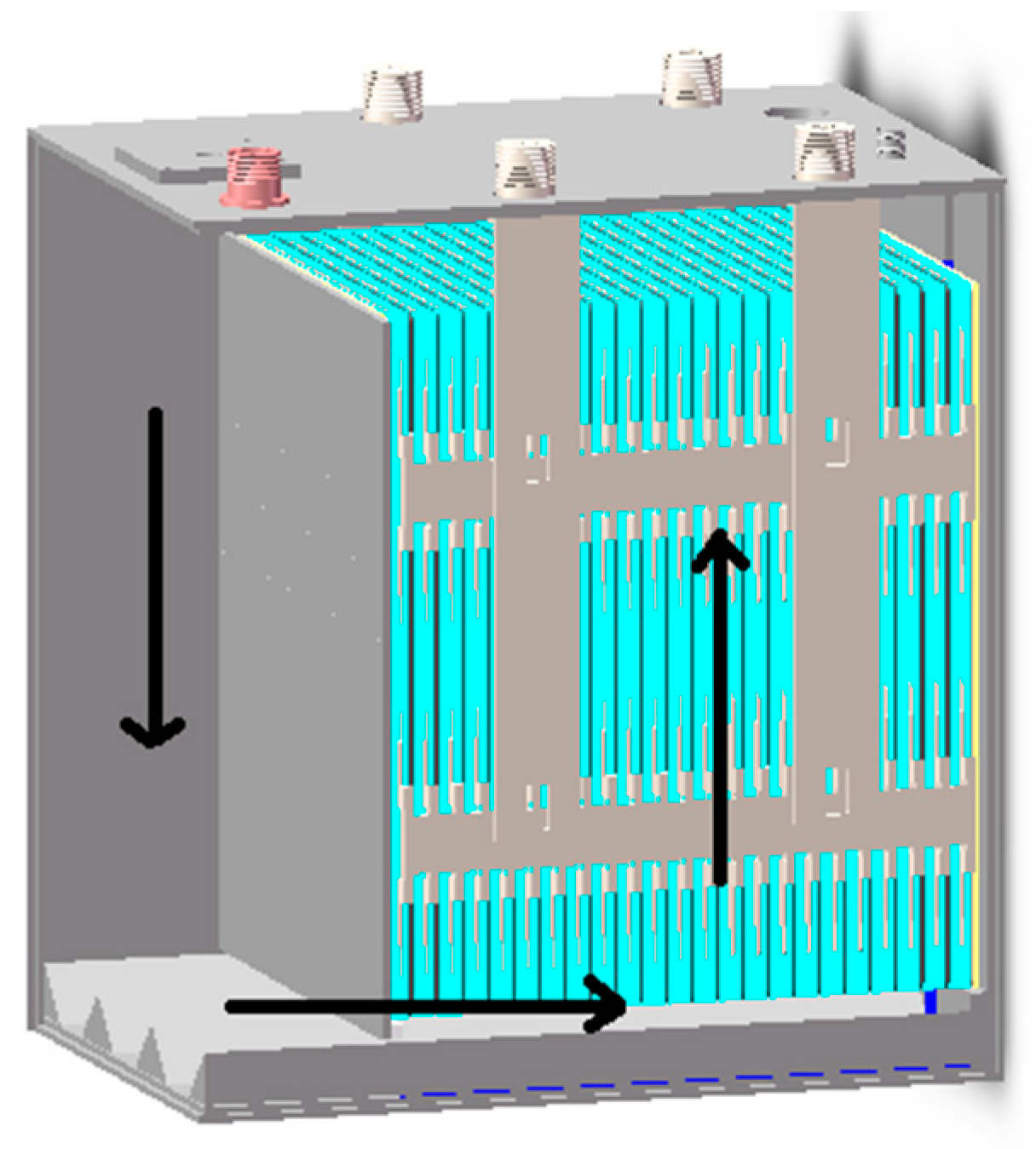 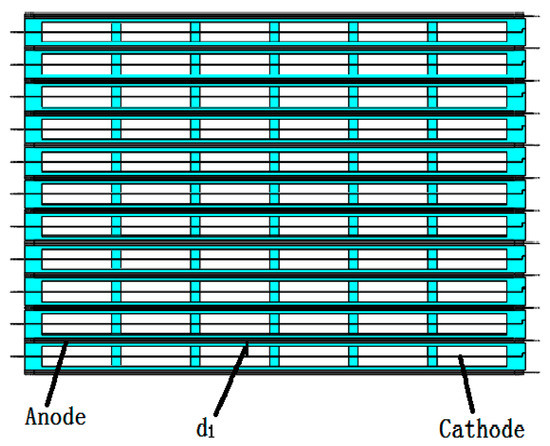 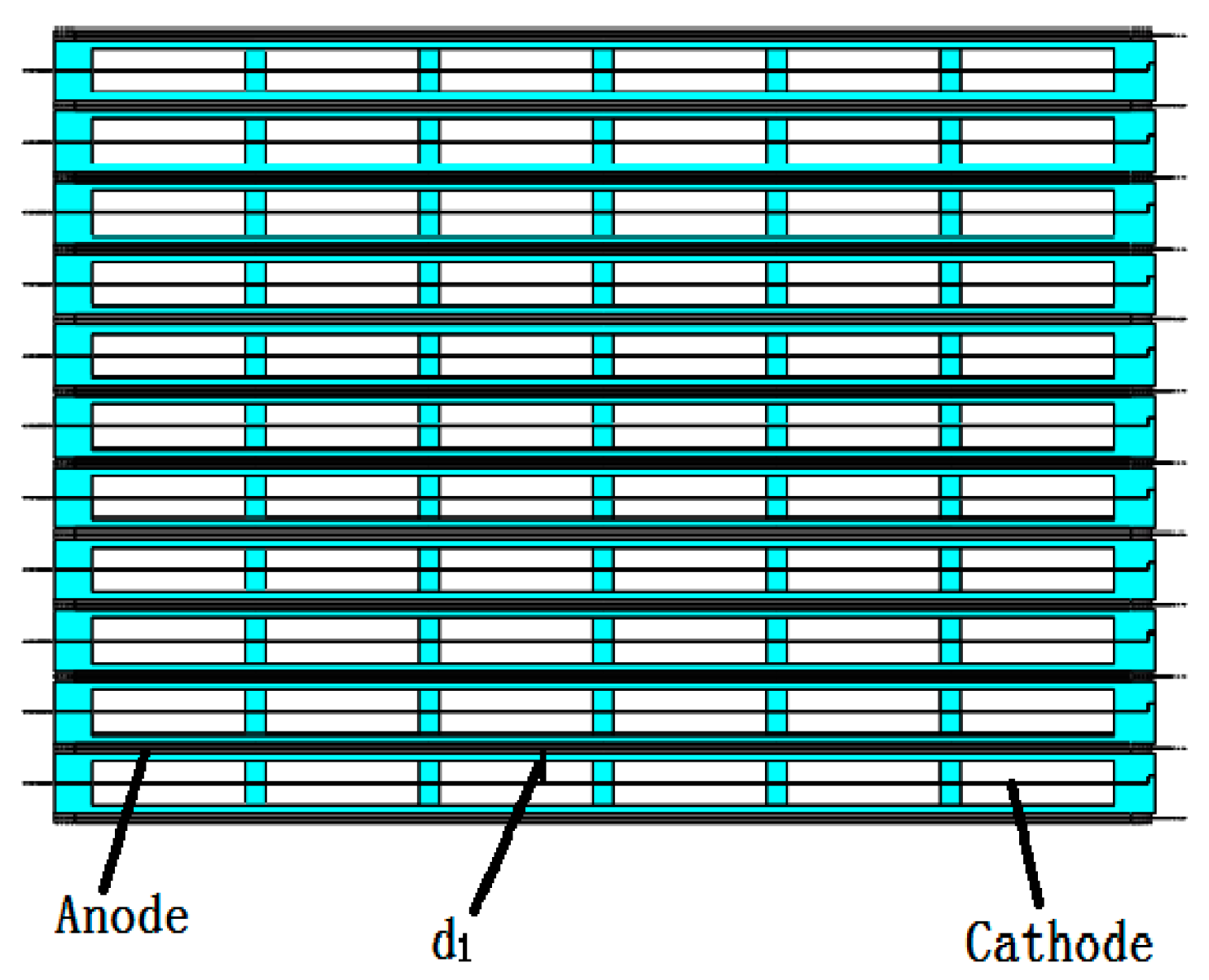 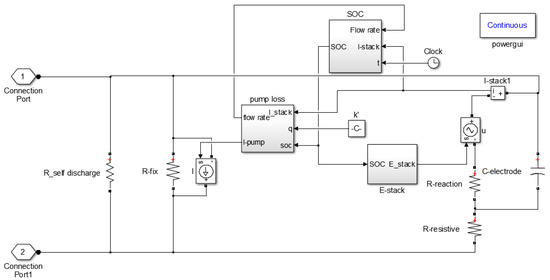 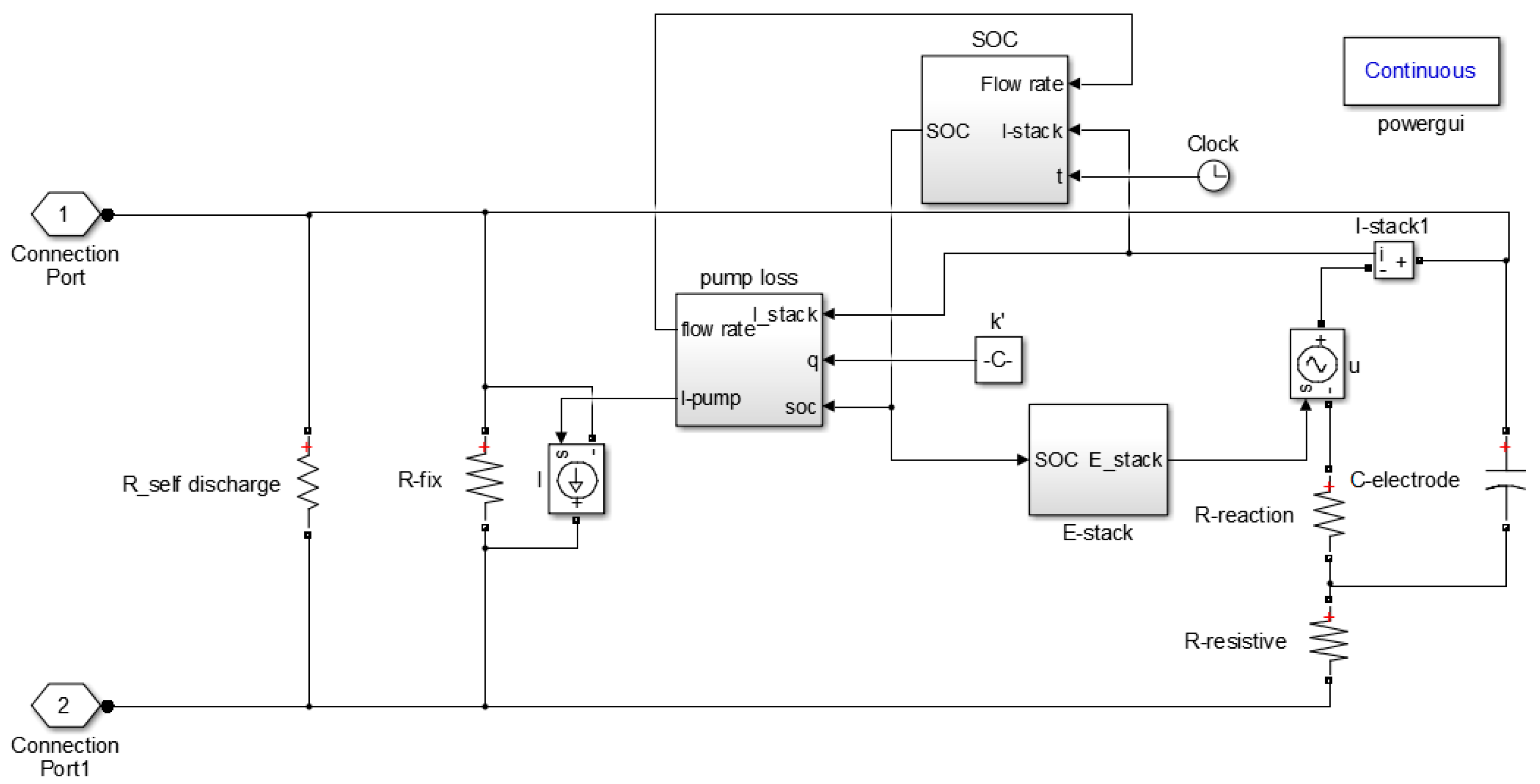 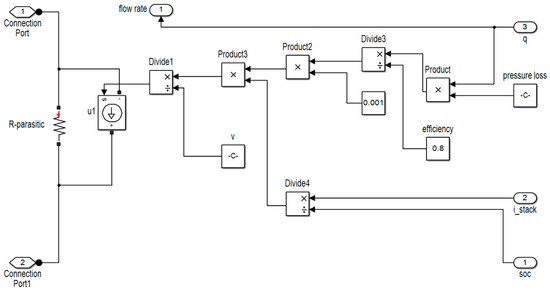 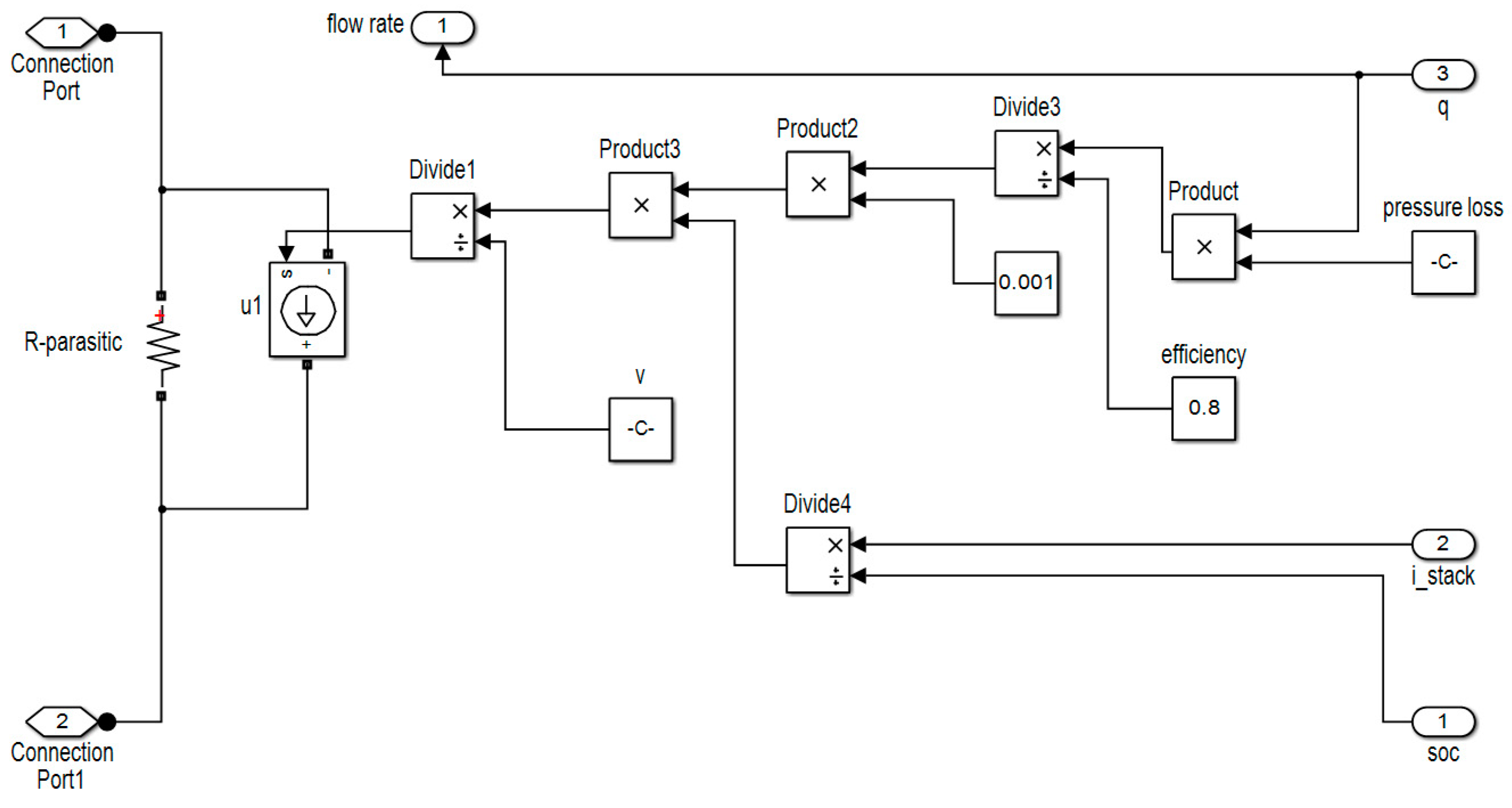 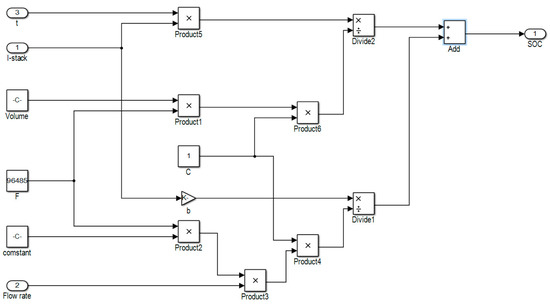 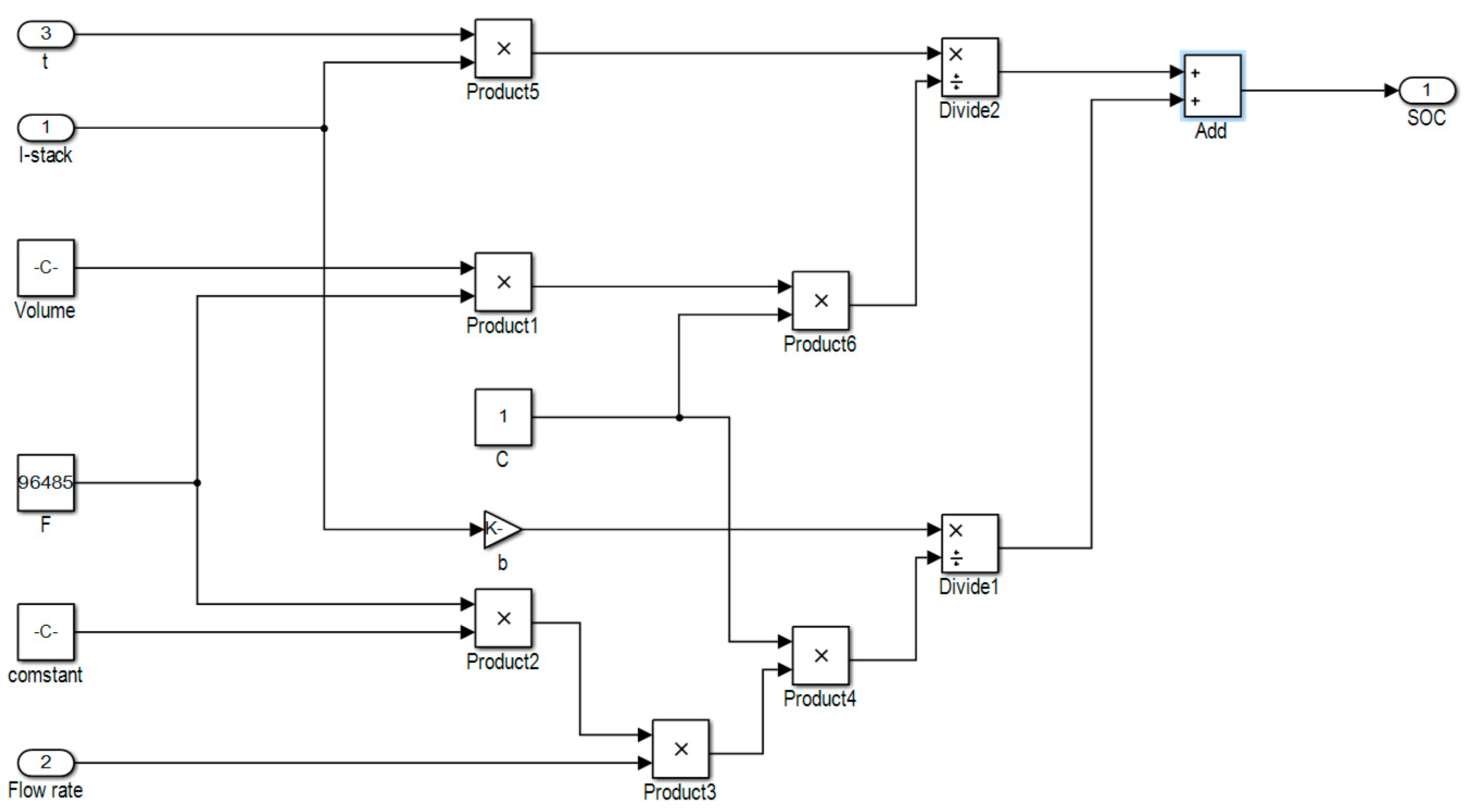 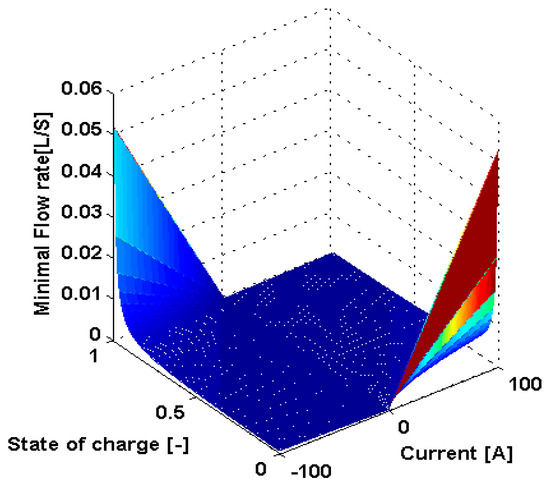 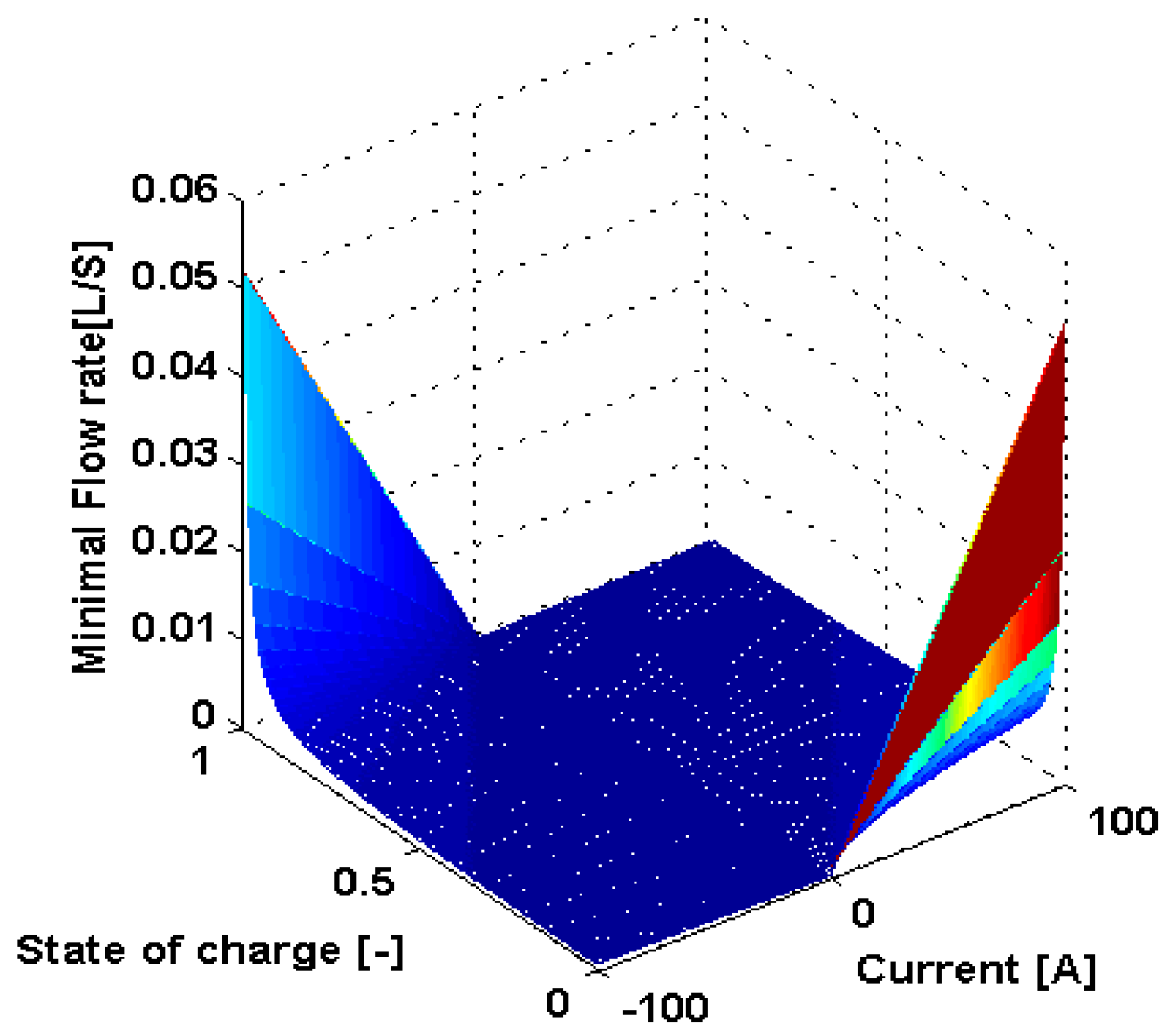 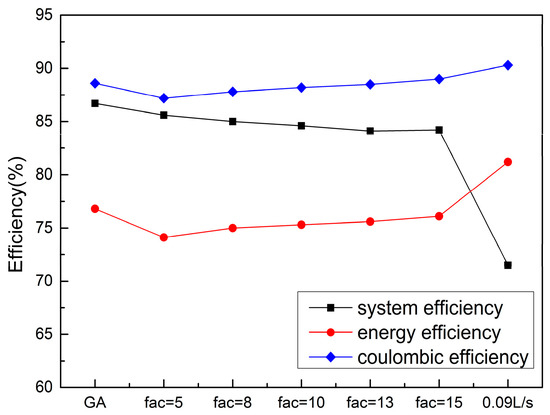