The Impact of Economic Growth, FDI and Energy Intensity on China’s Manufacturing Industry’s CO2 Emissions: An Empirical Study Based on the Fixed-Effect Panel Quantile Regression Model
Previous Article in Journal

Comprehensive Evaluation of the New Energy Power Generation Development at the Regional Level: An Empirical Analysis from China
Previous Article in Special Issue

Economic Competitiveness Evaluation of the Energy Sources: Comparison between a Financial Model and Levelized Cost of Electricity Analysis

Oil prices have fluctuated over the last 30 years. Oil prices per barrel have risen to over $140 and dropped to below $20. Although energy dependence on oil has declined in the past, oil is still one of the most important sources of energy. Thus, rising oil prices have a huge impact on the economies of countries, which is especially true in those countries that mostly export or import oil. The greater the energy dependence on oil, the greater the impact oil has on the economy. In particular, Korea imports all of its oil and is the one of the world’s top 10 oil importers. As a result, oil price fluctuations have a large impact on the trade balance and also on the supply and demand of dollars in the foreign exchange market. This seems to have further led to fluctuations in exchange rates. Thus, analyzing how oil prices affect the exchange rates has been one of the major concerns of economists. Previous studies which have analyzed the relationship between oil prices and exchange rates are Amano and Van Norden [1], Amano and Van Norden [2], Chaudhuri and Daniel [3], Chen and Chen [4], Lizardo and Mollick [5], Basher et al. [6], Aloui et al. [7], Chen et al. [8], Volkov and Yuhn [9], Chen et al. [10], Basher et al. [11], Yang et al. [12], and so on (see Table 1).
Most of these studies not only analyzed the direct relationship between oil prices and the exchange rates, but also analyzed the relationships with other macroeconomic variables, using the macroeconomic model. Most of the analyses focused on developed countries, including the US, and oil-exporting countries, such as Brazil, Canada, Mexico, Norway, Russia, and the United Kingdom. Basher et al. [11] and Yang et al. [12] included Korea in their analyses; however, there have been no studies that have analyzed only Korea in-depth.
The methodologies used by most of the studies vary from the error correction model (ECM), the vector error correction model (VECM), structural vector auto-regression (SVAR), generalized auto-regressive conditional heteroscedasticity (GARCH), and generalized auto-regressive conditional heteroscedasticity M (GARCH-M). Recently, methodologies such as the Markov regime switching model (Basher et al., [11]) and wavelet coherence analyses (Yang et al., [12]) have been introduced. The methodologies introduced so far are presented in Table 1.
This study analyzes how oil prices affect the Korean exchange rates in both stable and unstable regimes using the Markov regime switching model (MRSM), taking into account other factors such as interest rates, economic growth, and price level. This study differs from previous studies in several aspects. First, most studies on the relationship between oil prices and exchange rates except Basher et al. [11] have used econometric methodologies such as ECM, VECM, SVAR, GARCH, and GARCH-M. Often a pooled series consists of a few subgroups or regimes with different variances corresponding to different economic situations. The impact of oil prices on the exchange rates is expected to vary depending on regimes. Therefore, this study looks for underlying regimes using the Markov regime switching model (MSRM), fits a separate model in each regime, and then examines the effect of oil prices along with major macroeconomic explanatory variables on the exchange rates. Since the regimes are expected to explain many errors, the model in each regime tends to be simple.
Second, not only oil prices but also macroeconomic factors such as price levels, income, and interest rates are the major factors that influence the exchange rates. Except for Volkov and Yuhn [9] and Basher et al. [11], most studies have analyzed only the direct relationship between oil prices and exchange rates. This study analyzes the effects of oil prices on exchange rates in each regime under the correlation with these macro-economic variables. In addition to discovering regimes, this MRSM analysis tests the significance of oil prices and various macroeconomic variables in each regime. Since regimes stand for different economic situations, the significance of variables also changes depending on regimes.
Third, this study is limited to Korea. Crude oil is entirely imported in Korea and Korea was one of the world’s top 10 oil importers. The 10 countries that imported the highest dollar value worth of crude oil during 2018 are 1. China: US$239.2 billion (20.2% of total crude oil imports), 2. United States: $163.1 billion (13.8%), 3. India: $114.5 billion (9.7%), 4. Japan: $80.6 billion (6.8%), 5. South Korea: $80.4 billion (6.8%), 6. Netherlands: $48.8 billion (4.1%), 7. Germany: $45.1 billion (3.8%), 8. Spain: $34.2 billion (2.9%), 9. Italy: $32.6 billion (2.8%) and 10. France: $28.5 billion (2.4%) (http://www.worldstopexports.com/crude-oil-imports-by-country/). In 2018, Korea was the world’s fifth largest oil importer. According to Korean Customs Service statistics, crude oil imports in 2018 were worth 80,393 million dollars. This amount of imported crude oil accounted for 15% of Korea’s total imports in 2018. Reflecting this economic situation in Korea, this analysis provides unique results for Korea.
Fourth, this study analyzes the effects of movement of explanatory variables on the movement of exchange rates, while most of previous studies have analyzed the direct relationship between exchange rates and explanatory macroeconomic variables. Throughout this paper, we use the US data as the basis for comparison.
Therefore, we use the MRSMs, developed by Hamilton [13]. This methodology is further developed into Markov switching auto-regressive conditional heteroscedasticity (MS-ARCH, Cai [14]), Markov switching generalized auto-regressive conditional heteroscedasticity (MS-GARCH, Gray [15]), and Markov switching exponential generalized auto-regressive conditional heteroscedasticity (MS-EGARCH, Henry [16]), among others. The MSRM used in this study was also used in Kim et al. [17] and Kim et al. [18].
We examine the regime shift behavior of exchange rates associated with oil prices, interest rates, consumer price indices, and industrial production indices in the Korean foreign exchange market. For this, we apply the two-regime MRSM (Hamilton, [13]) using monthly data from January 1991 to March 2019.
The remainder of this paper is organized as follows. In Section 2, the data and the MSRM are explained in detail. In Section 3, the model selection is performed and empirical estimation results are presented based on the selected MRSM, and Section 4 discusses the statistical validity of our model and assumptions. Finally, the conclusions drawn from this study are presented in Section 5.

Let us compare the results with others which used the regime switching model. The previous regime switching model for oil prices and exchange rates of Korea includes Basher et al. [11]. In their findings, oil shocks had a statistically significant impact on exchange rates of Korea in the high-volatility regime, which is the same as ours. Their model assumed that exchange rates could be influenced not only by oil prices, but also by oil supply and global economic demand. Our model differs from theirs in that exchange rates are affected by price level, income, and interest rates as well as oil prices which are based on the monetary model of exchange rates determination. Nonetheless, the same conclusion was drawn that exchange rates are affected by oil prices in a high-volatility regime.
In Table 4, the auto-regression model without regime switching is also fitted for comparison. in the model is , which is much less than 0.503 in the high-volatility regime. is significant (p < 0.01) but oil prices are not (p > 0.1). In the absence of regime switching, only and auto-regressive terms affect the Korean exchange rates. In other words, oil prices do not appear to affect the exchange rates, which is different from the results with MRSM. In the presence of Markov regime switching, oil prices significantly affect the exchange rates in the unstable regime. Thus, in models without Markov regime switching, the behavior in the stable regime overwhelms the behavior in the unstable regime. Korea has experienced two major economic crises, the Asian financial crisis and the global financial crisis, which are precisely detected by the MRSM. Therefore, it can be seen from this study that stable management of oil prices is essential for stabilizing exchange rates in these economic crises.
A long period time series data in this research often contains more than two different trends throughout the whole time period. We fit the two-regime MRSM, which estimates separate auto-regression models with AR (1) in each regime and the volatility state at each time point can switch between the two regimes according to the behavior of a Markov process.
Now, we check the assumptions of the errors, normality, and stationarity. The normality can be observed in the four residual plots in Figure 3. Plot (a) represents pooled residuals, where two distinctive high-volatile periods are observed, one around 1997–1998 and the other around 2008–2009. Plot (b) shows the normal quantile-quantile (QQ) plot of pooled residuals with p = 0.7998 from the Shapiro test. Separate QQ plots in the two regimes, plots (c) and (d), reveal more distinctive normality based on the Shapiro test (p = 0.0708 for regime 1 and p = 0.6241 for regime 2). The residuals in each regime show clear normal distribution, while pooled residuals seem to have outliers at both tails.
The stationarity can be observed by the autocorrelation function (ACF) and the partial autocorrelation function (PACF) of the residuals in Figure 4. Both ACFs and PACFs go to 0 as lag increases, which means stationarity of the residuals. Based on the Dickey–Fuller unit root test, the series is stationary (p = 0.0100), but the raw before the transformation is not stationary (p = 0.4369). The adequacy of the selected model 2(2p) is confirmed by the normality based on QQ-plots and the Shapiro tests, and by the stationarity based on the Dickey–Fuller unit root test. All these goodness-of-fit results ensure relevance of selected explanatory variables in the model.
The parameter estimates for the MRSM were consistent in this study, even though they were known to be slightly inconsistent in each run as pointed out in the studies of Campbell [35], Kim, et al. [36], and Yuan [37]: “The unfiltered two-state Markov-switching model suffers estimation instability while the filtered model turns out to be temporally consistent” or “the Maximum Likelihood Estimator is inconsistent for regime-switching models in general”.

This work was supported by 2019 Hongik University Research Fund. 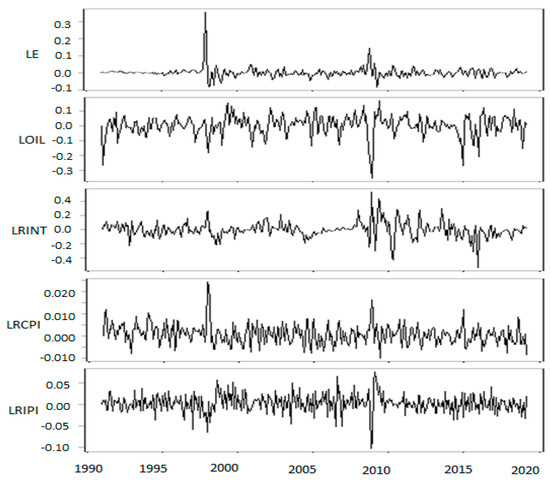 Table 4. Parameter estimates without the regime switching model.
Table 4. Parameter estimates without the regime switching model.
Note: ***: significant at the 0.001 level.
© 2019 by the authors. Licensee MDPI, Basel, Switzerland. This article is an open access article distributed under the terms and conditions of the Creative Commons Attribution (CC BY) license (http://creativecommons.org/licenses/by/4.0/).
We use cookies on our website to ensure you get the best experience. Read more about our cookies here.
Accept
We have just recently launched a new version of our website. Help us to further improve by taking part in this short 5 minute survey here. here.
Never show this again