Optimum Design of a Transportation Scheme for Healthcare Supply Chain Management: The Effect of Energy Consumption
Next Article in Special Issue

It is quite difficult to find studies regarding area-wide data from UAV (Unmanned Aerial Vehicle) remote sensing in evaluating the energy saving performance of a cool roof. Acknowledging these constraints, we investigated whether LRV (Light Reflectance Value) signatures derived from UAV imagery could be used effectively as an indicator of area-wide heating and cooling load that distinctively appears according to rooftop color. The case study provides some quantitative tangible evidence for two distinct colors: A whitish color roof appears near the edge of the highest LRV (91.36) and with a low temperature (rooftop surface temperature: (38.03 °C), while a blackish color roof shows the lowest LRV (18.14) with a very high temperature (65.03 °C) where solar radiation is extensively absorbed. A strong negative association (Pearson correlation coefficient, r = −0.76) was observed between the LRV and surface temperature, implying that a higher LRV (e.g., a white color) plays a decisive role in lowering the surface temperature. This research can be used as a valuable reference introducing LRV in evaluating the thermal performance of rooftop color as rooftops satisfying the requirement of a cool roof (reflecting 75% or more of incoming solar energy) are identified based on area-wide objective evidence from UAV imagery.
Keywords: unmanned aerial vehicle; light reflectance value; cool roof; area-wide data; roof color unmanned aerial vehicle; light reflectance value; cool roof; area-wide data; roof color

This study demonstrated the potential of LRV signatures in evaluating cool roofing performance according to rooftop color by quantitatively classifying surface reflectivity from UAV imagery. Tangible and realistic evidence for a UAV camera with visible sensitivity was identified from this study that LRV signatures can be utilized as an innovative instrument to address area-wide uncertainties inherent in an existing field-based approach focused on individual buildings. This case study provided quantitative tangible evidence for two distinct colors. A whitish color roof appears near the edge of the highest LRV (91.4) showing a significantly low temperature (38.0 °C) while a blackish color roof shows the lowest LRV (18.1) at a very high temperature (65.0 °C). Furthermore, a strong negative correlation (−0.76) was observed between LRV signatures and rooftop surface temperature. From these results, the relevance of LRV signatures in evaluating cool roofing performance was verified as it can strongly influence rooftop emission intensity. Such a strong negative association can be used as substantial evidence to suggest rooftop colors contribute to an indoor condition of less cooling load. This finding substantiates the ability of LRV signatures derived from UAV imagery with visible sensitivity in detecting an area-wide thermal condition versus a typical in situ survey of individual buildings. In conclusion, this study recommends LRV as the most user-friendly tool in exploring thermal ambiance on rooftop surfaces because a UAV system equipped with a visible sensor could be expanded into diverse disciplines to test the possibility of building energy conservation as a future direction.

This research was supported by Basic Science Research Program through the National Research Foundation of Korea (NRF) funded by the Ministry of Education (NRF–2018R1D1A1B07041977). Also, this research was financially supported by the Ministry of Trade, Industry, and Energy (MOTIE), Korea, under the Regional industry Infrastructure and R&D Support Program (reference number R0004101). 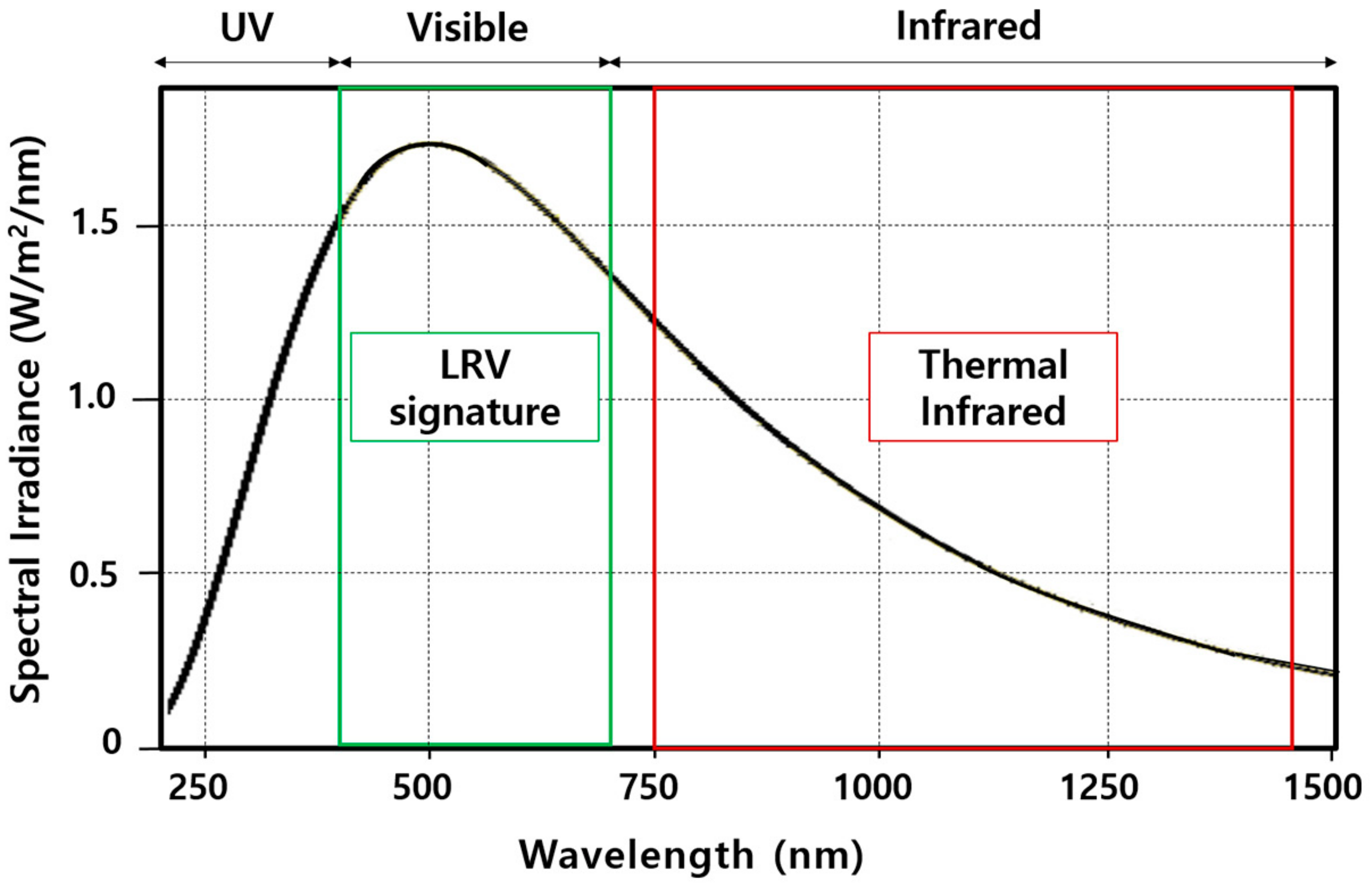 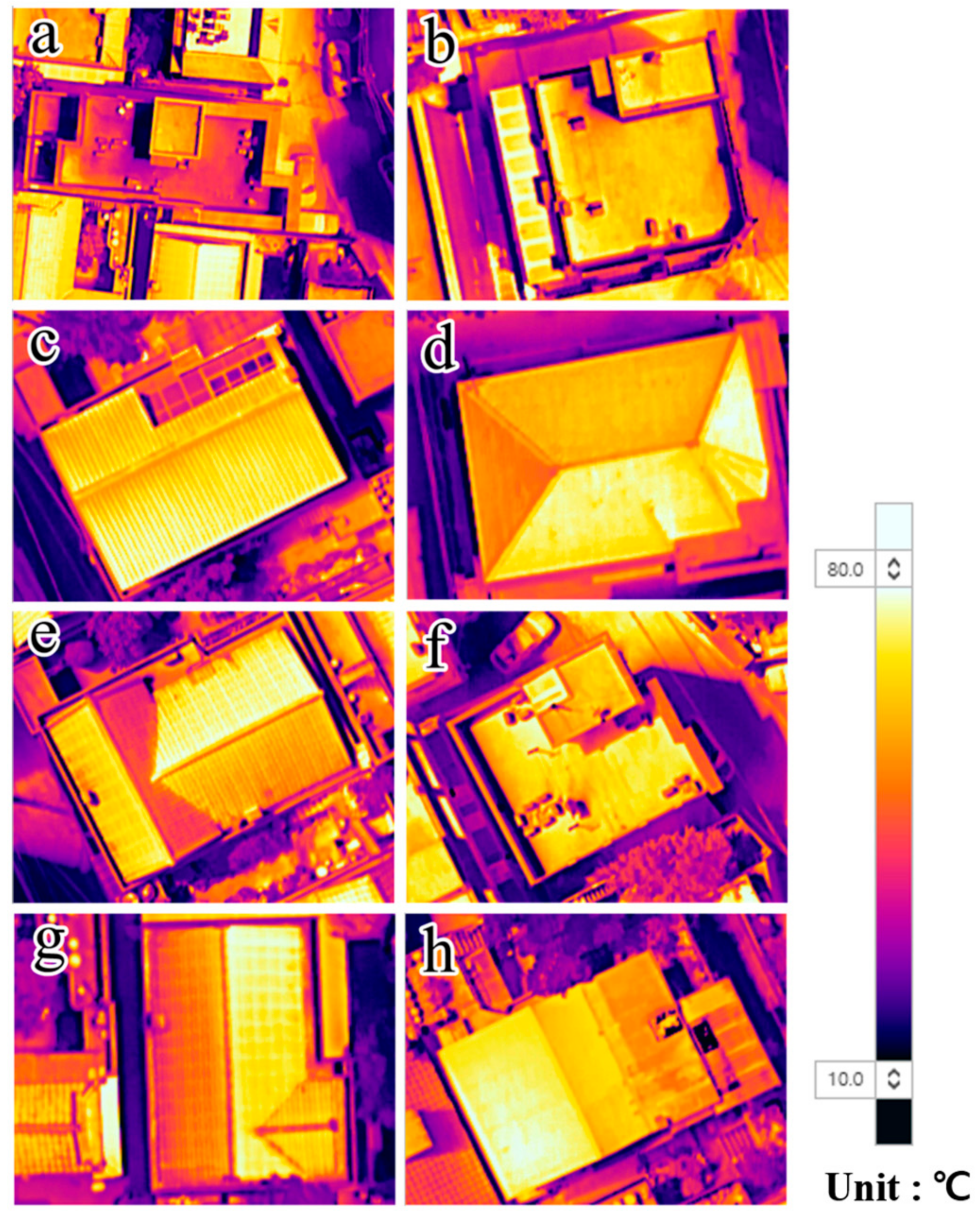 Table 4. Comparison of LRV versus thermal-infrared imagery.
Table 4. Comparison of LRV versus thermal-infrared imagery.
© 2019 by the authors. Licensee MDPI, Basel, Switzerland. This article is an open access article distributed under the terms and conditions of the Creative Commons Attribution (CC BY) license (http://creativecommons.org/licenses/by/4.0/).
We use cookies on our website to ensure you get the best experience. Read more about our cookies here.
Accept
We have just recently launched a new version of our website. Help us to further improve by taking part in this short 5 minute survey here. here.
Never show this again