In order to keep the hypothesis reasonable and scientific, the mathematical models in this study are supported by literature references [33,34,35]. The assumptions for the establishment of the assembly line balance model are listed as follows:

According to the assumptions and the requirements to establish the model, constraints are proposed as follows. Equation (7) ensures that process i should be operated at one workstation.where i is the index of the processes, i = 1, 2, …, I; j is the index of workstations, j = 1, 2, …, J; , if process i is operated at a workstation j; , otherwise.
Equation (8) guarantees that the operating time of each process in any workstation should not exceed the assembly line pitch time.where is the operating time of each workstation; CT is the theoretical pitch time of the assembly line.
The processes operated at all the workstations should be organized according to the sequences of the priority relationship.

In this paper, the NSGA-II algorithm is used to calculate the multi-objective balance model of the assembly line. The optimization procedure using NSGA-II is summarized in Figure 3, following that the steps of the genetic algorithm are shown as words.

Step 1
Workstations are coded by a real number (Section 4.1).
Step 2
The overall size is set, and the initial population is generated based on the constraints (Section 4.2).
Step 3
According to the objective function value of each individual, the fast-non-dominant sorting of the contemporary population (Section 4.3) and the congestion distance (Section 4.3) are calculated.
Step 4
Based on the results of the ranking and congestion distance calculations, the tournament mechanism is adopted for selection (Section 4.4), then two individuals are randomly selected for crossing (Section 4.5) and mutation (Section 4.6).
Step 5
Elite retention strategy is adopted (Section 4.4). The father and the subpopulation are combined. A new generation of populations is generated by combining the populations by rapid non-dominant sequencing and virtual congestion distances.
Step 6
The number of iterations is increased by 1, and the operation returns to step 3. This loop will continue until the maximum number of iterations is reached.

In this research, real numbers are used for coding. The processes are arranged in a row according to the priority relationship, and each process corresponds to a gene position in the chromosome. As shown in Figure 4, the largest number of processes is set as the backbone, while the other tributary processes are set as branches. If there is no priority relationship between the branch (process 6 and 7) and backbone (process 1–5), the order of branch (process 6 and 7) can be arbitrarily arranged.

In this research, the initial population is generated randomly. Before the fitness value of the chromosome is calculated, chromosome coding needs to be segmented according to the requirements of the optimization objective, and the allocation of processes in each workstation is obtained. The decoding method can be illustrated as following steps:

In this research, a PMX-like (Like Partial-Mapped Crossover) approach is used to deal with real-coded problems. The specific operations are as follows:

In this research, the inversion mutation operator is used. The specific operations are as follows:

Step 1
Two mutation points are randomly selected on the chromosome. It is assumed that chromosome A = 87239546, and 2 and 5 are selected as mutation points, namely: A = 87 ∣ 2359 ∣ 46, where “|” represents the intersection area.
Step 2
The gene of the variant region is inserted into the original gene position in reverse order to obtain a new chromosome A’. The mutation operation is shown in Figure 6.

As shown in Figure 7, there are 48 processes in the production of the men’s shirt.
According to the production process of the men’s shirt in Table 1, the total standard processing time can be calculated as 741 s.
The output of the assembly line was 600 pieces per day, and the working time was 10 h/day. The theoretical pitch time of the assembly line was 60 s. The maximum value of pitch time was 80 s, while the minimum value of pitch time was 40 s. The initial population size was 200, the genetic algebra was 500. The crossing probability was 0.8, and the mutation probability was 0.2.

5.2. Analysis of Balancing the Assembly Line of the Men’s Shirt

5.3. Analysis of Carbon Emissions in the Men’s Shirt Sewing Process

X.Z. proposed the initial idea and carried out the modeling, calculations and experiments, and wrote the manuscript. Y.C. contributed to fine-tuning of the analysis and discussion. 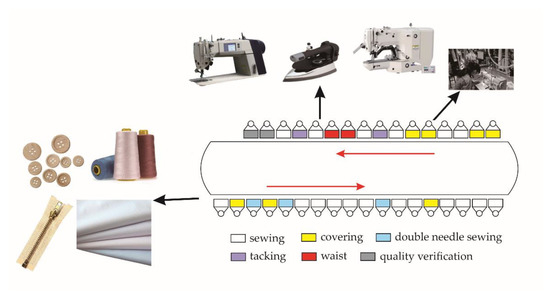 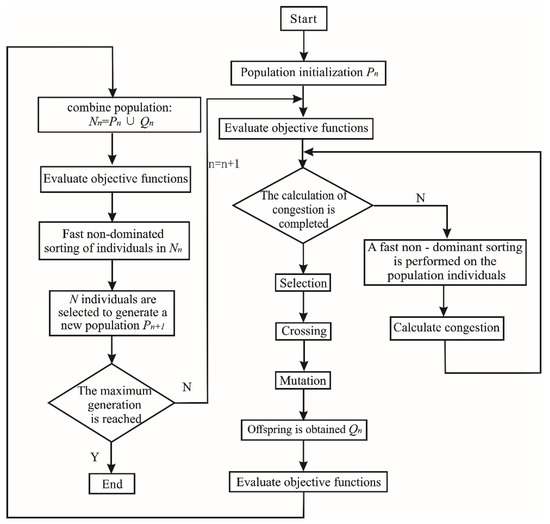 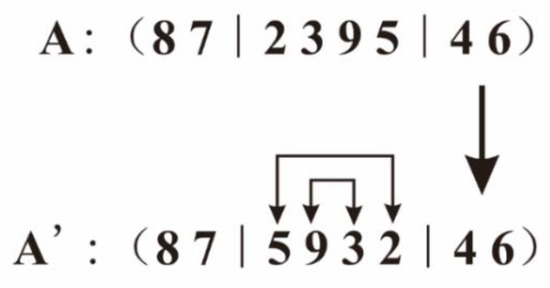 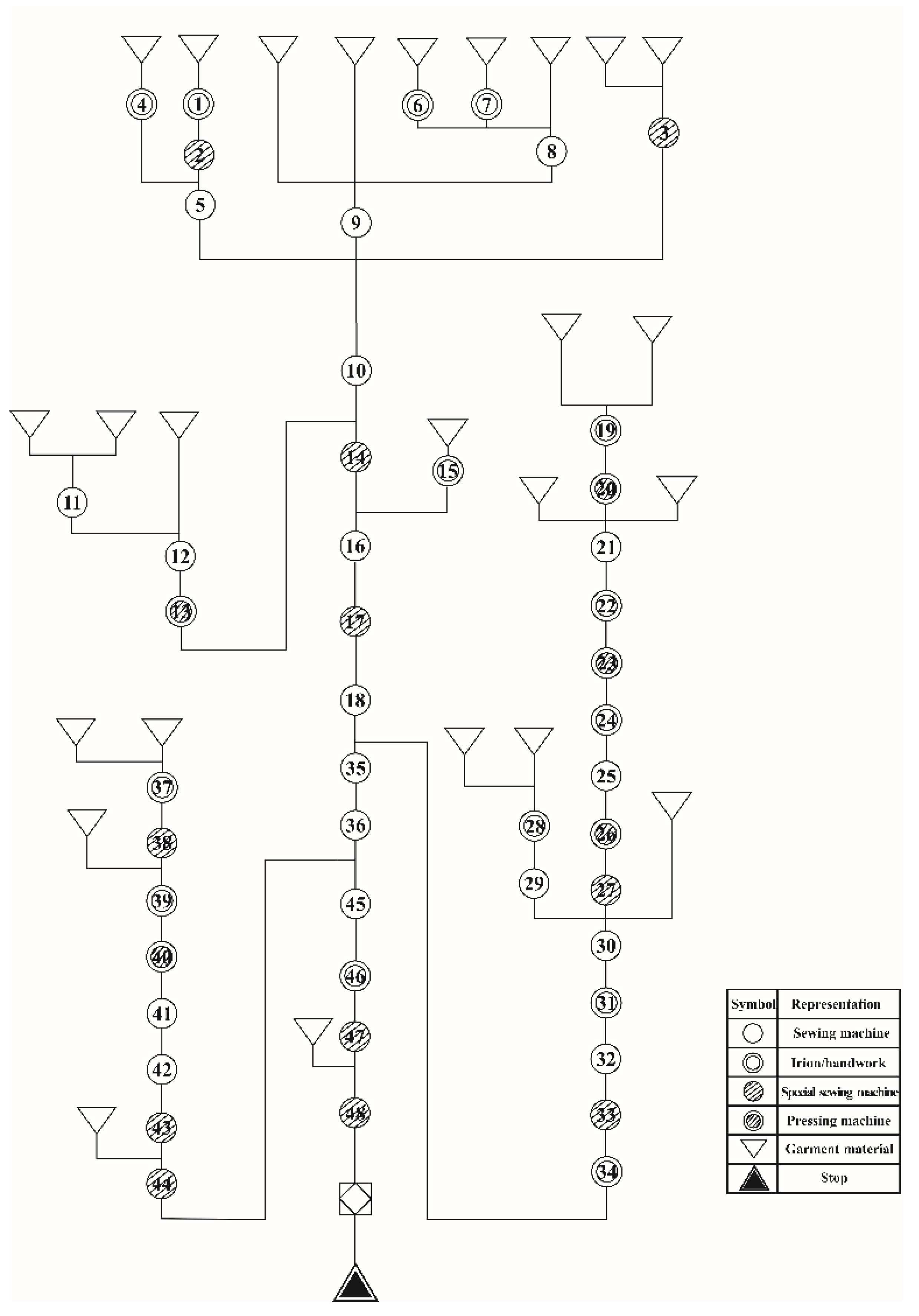 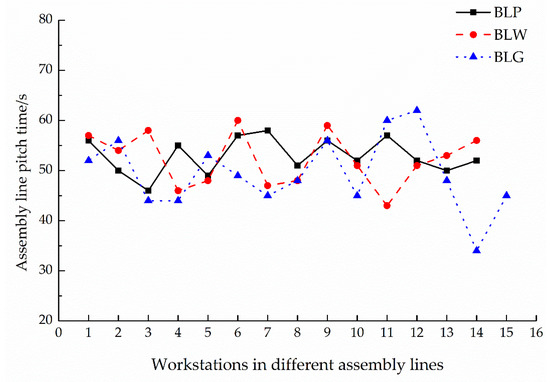 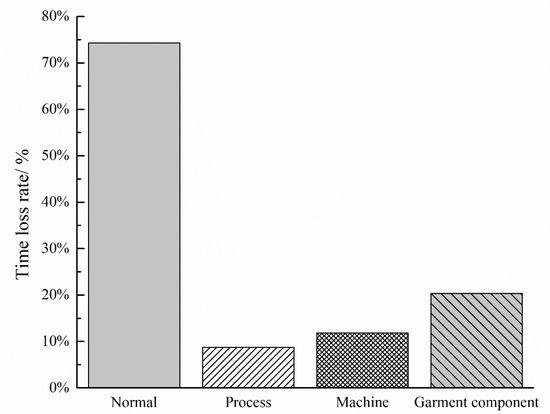 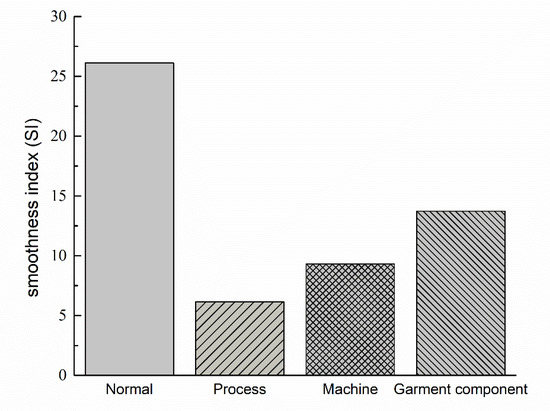 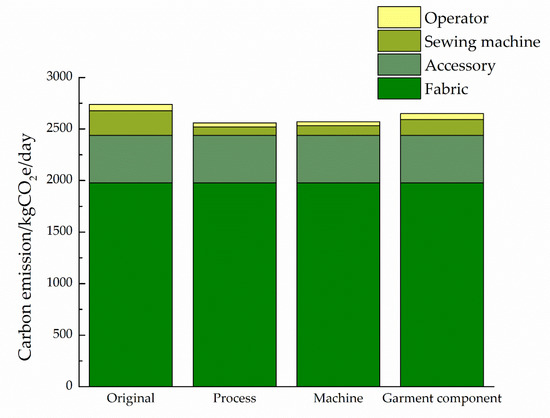 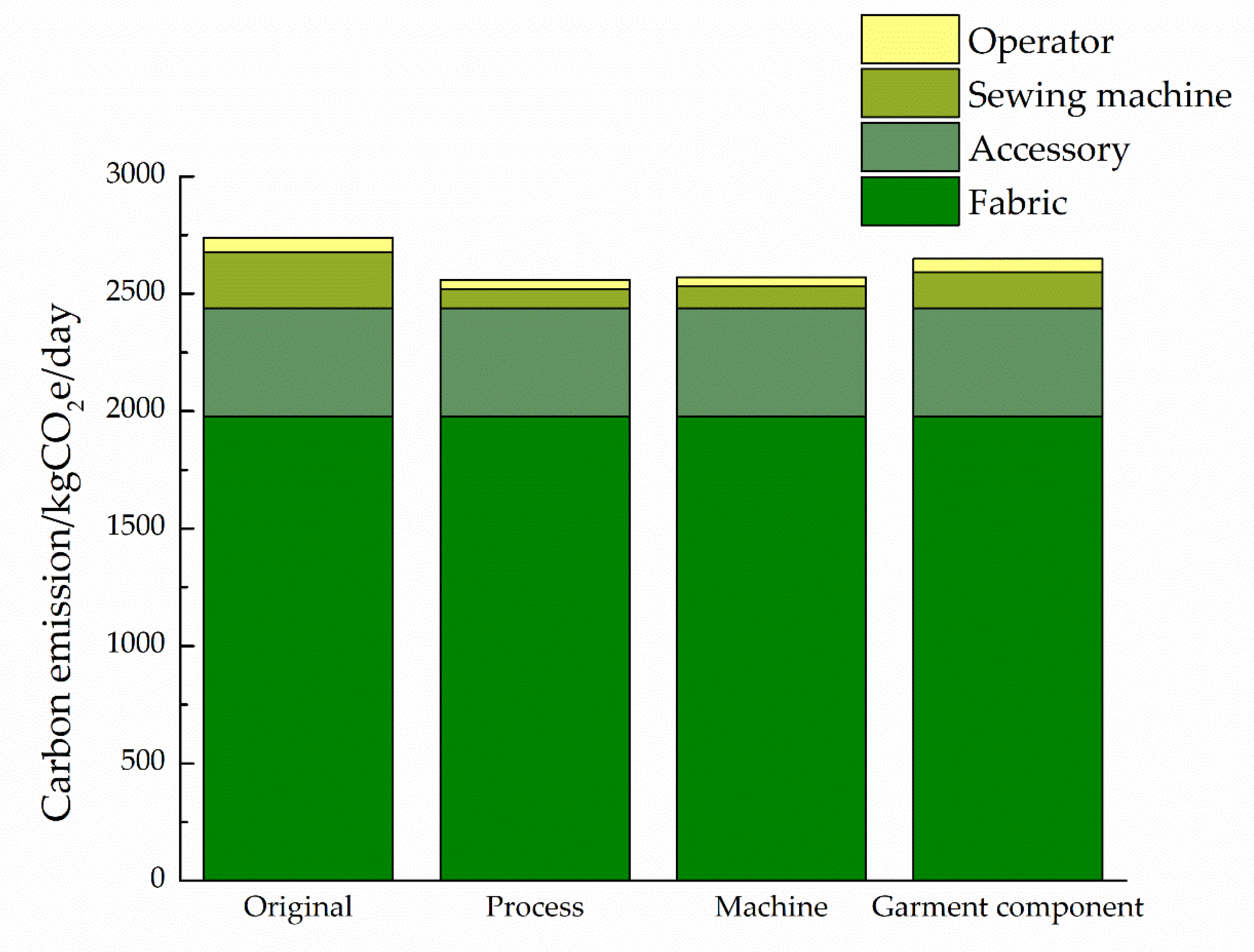 Table 5. Men’s shirt sewing production data.
Table 5. Men’s shirt sewing production data.
© 2019 by the authors. Licensee MDPI, Basel, Switzerland. This article is an open access article distributed under the terms and conditions of the Creative Commons Attribution (CC BY) license (http://creativecommons.org/licenses/by/4.0/).
We use cookies on our website to ensure you get the best experience. Read more about our cookies here.
Accept
We have just recently launched a new version of our website. Help us to further improve by taking part in this short 5 minute survey here. here.
Never show this again