Florian Huber 2
1
Oesterreichische Nationalbank (OeNB), A-1090 Vienna, Austria
2
Salzburg Centre of European Union Studies (SCEUS), A-5020 Salzburg, Austria
*
Author to whom correspondence should be addressed.
†
The views expressed in this paper are not necessarily those of the Oesterreichische Nationalbank. We would like to thank Alessandro Galesi, Lukas Reiss, Fabio Rumler and the participants of the 9th International Conference on Computational and Financial Econometrics (CFE 2015) and research seminars at the OeNB and the Vienna University of Business and Economics for helpful comments.
J. Risk Financial Manag. 2018, 11(4), 71; https://doi.org/10.3390/jrfm11040071
Received: 1 October 2018 / Revised: 18 October 2018 / Accepted: 25 October 2018 / Published: 27 October 2018
(This article belongs to the Special Issue Bayesian Econometrics)
View Full-Text Download PDF
Browse Figures
Cite This Paper 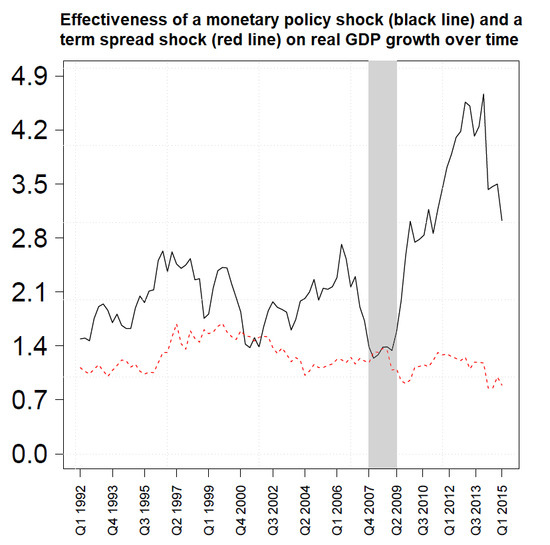