Future Intentions Regarding Quitting and Reducing Cigarette Use in a Representative Sample of Canadian Daily Smokers: Implications for Public Health Initiatives
Previous Article in Special Issue

Both the recent classification of naphthalene as a possible human carcinogen and its ubiquitous presence motivate this critical review of naphthalene’s sources and exposures. We evaluate the environmental literature on naphthalene published since 1990, drawing on nearly 150 studies that report emissions and concentrations in indoor, outdoor and personal air. While naphthalene is both a volatile organic compound and a polycyclic aromatic hydrocarbon, concentrations and exposures are poorly characterized relative to many other pollutants. Most airborne emissions result from combustion, and key sources include industry, open burning, tailpipe emissions, and cigarettes. The second largest source is off-gassing, specifically from naphthalene’s use as a deodorizer, repellent and fumigant. In the U.S., naphthalene’s use as a moth repellant has been reduced in favor of para-dichlorobenzene, but extensive use continues in mothballs, which appears responsible for some of the highest indoor exposures, along with off-label uses. Among the studies judged to be representative, average concentrations ranged from 0.18 to 1.7 μg m-3 in non-smoker’s homes, and from 0.02 to 0.31 μg m-3 outdoors in urban areas. Personal exposures have been reported in only three European studies. Indoor sources are the major contributor to (non-occupational) exposure. While its central tendencies fall well below guideline levels relevant to acute health impacts, several studies have reported maximum concentrations exceeding 100 μg m-3, far above guideline levels. Using current but draft estimates of cancer risks, naphthalene is a major environmental risk driver, with typical individual risk levels in the 10-4 range, which is high and notable given that millions of individuals are exposed. Several factors influence indoor and outdoor concentrations, but the literature is inconsistent on their effects. Further investigation is needed to better characterize naphthalene’s sources and exposures, especially for indoor and personal measurements. View Full-Text
Keywords: air quality; ambient air; exposure; indoor air; naphthalene; personal exposure; residences; risk; volatile organic compound air quality; ambient air; exposure; indoor air; naphthalene; personal exposure; residences; risk; volatile organic compound
►▼ Show Figures 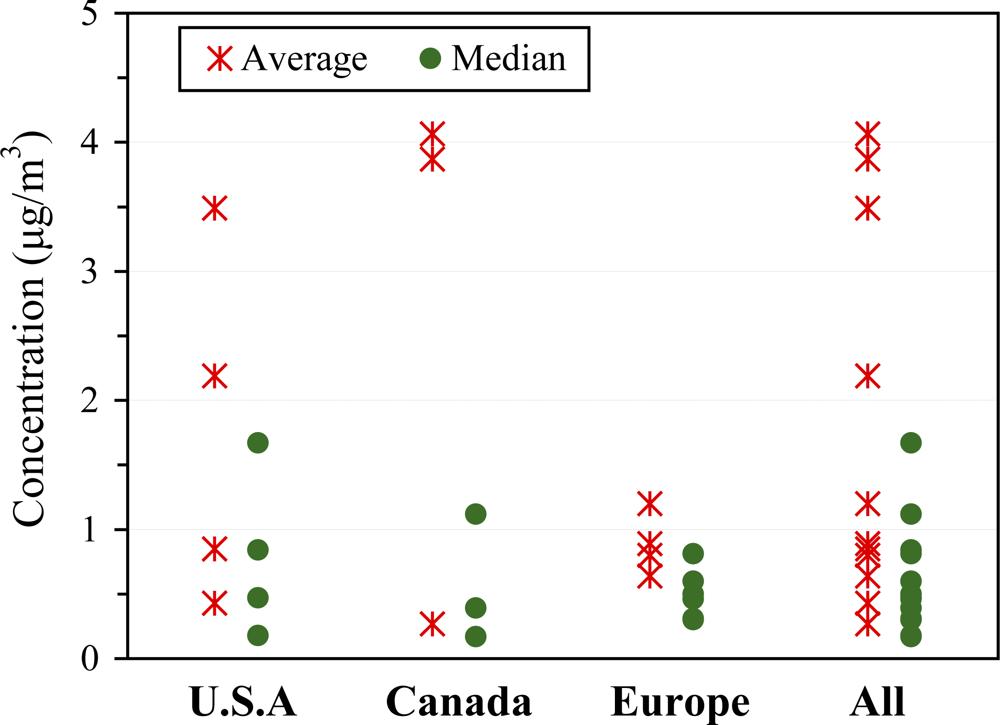 
Jia, Chunrong, and Stuart Batterman. 2010. "A Critical Review of Naphthalene Sources and Exposures Relevant to Indoor and Outdoor Air" International Journal of Environmental Research and Public Health 7, no. 7: 2903-2939. https://doi.org/10.3390/ijerph7072903