The Summer 2019–2020 Wildfires in East Coast Australia and Their Impacts on Air Quality and Health in New South Wales, Australia

Previous research has found that victims of child abuse are more likely than nonvictims to suffer from mental and chronic illnesses, behavioral problems, interpersonal problems, and decreased productivity, with effects that continue into adulthood [1]. The economic losses from child abuse are $120 billion per year in the United States [2], while the social costs (e.g., costs of child social welfare services, medical costs) are $16 billion in Japan [3]. Child abuse is associated with public health problems.
Early intervention is essential to prevent the negative influences of child abuse, and child guidance centers play an important role in early intervention in Japan. Sixty percent of the consultations at child guidance centers in Japan are related to inadequate child care, such as abuse and neglect [4], and it is thought that child guidance center workers have many opportunities to come into contact with parents who are perpetrators of abuse and children who are victims. Contact with parents who cannot afford to obtain childcare may lead to a high frequency of work-related traumatic events, such as verbal abuse and violence, leading to post-traumatic stress disorder (PTSD) in workers. Previous research has shown that as the level of PTSD among child welfare workers increases, the child’s risk becomes increasingly underestimated [5]. PTSD may reduce the staff’s ability to judge risk and may hinder early intervention for abuse. However, few previous studies have examined PTSD among child welfare workers.
To date, previous research has revealed that the intensity of experiences and the length of exposure are associated with PTSD in single traumatic events [6,7,8]. Furthermore, previous studies in civil populations affected by war have shown dose–effect relationships between the cumulative number of traumatic events experienced and PTSD symptoms, pointing to the need to examine the effects of cumulative traumatic experiences as well as single traumatic events for people in settings with the potential for many different types of experiences [9,10,11]. Therefore, the effect of work-related traumatic events on PTSD among child guidance center workers may also need to be assessed for the cumulative effects of traumatic events, and not only to determine which type of traumatic event has a stronger effect. However, to the best of our knowledge, very few studies have assessed the effects of work-related traumatic events on PTSD among child welfare workers, and no previous studies have evaluated the cumulative effects of traumatic events.
The purpose of this study was to examine the association between the single and the cumulative number of types of work-related trauma events experienced by child guidance center workers and PTSD symptoms in Japan.

A participant flow chart is shown in Figure 1. A total of 920 employees in 11 child guidance centers in a prefecture in Japan were invited to participate in this study. This prefecture is one of the most populous in Japan, and the number of abuse consultations was higher than the national average. The number of abuse cases handled by each worker was on par with the average of other prefectures with large populations. Two hundred and forty-nine employees in five centers declined to participate. Out of the 626 employees across six centers, 180 employees returned the questionnaires, and we excluded 40 because of missing values. Finally, 140 (response rate = 15.2%) were included in the analysis. Table 1 shows the characteristics of the participants.

This study was a cross-sectional study using a self-administered questionnaire approved by the Ethics Committee of the University of Tokyo Graduate School of Medicine and School of Medicine (2019261NI).
A document requesting study cooperation was sent to each of the directors of 11 child guidance centers. Unless the director disagreed to participate in the study, we then sent documents about the purpose and the contents of this study, along with anonymous format questionnaires, to the director for the appropriate number of employees. After this, the directors distributed them to the employees. The document clearly stated that participation was nonmandatory and entirely voluntary, and stamped addressed envelopes were enclosed for the return of questionnaires to the researchers.
The inclusion criteria were (1) full-time and part-time adult employees working at the child guidance centers at the time of the survey and (2) employees who were physically and mentally able to consent. The exclusion criteria included employees who had been absent for longer than one month. These criteria were specified in the document about this study sent to the directors and employees.
Employees who agreed to participate in the study completed a questionnaire, checked the box to agree to participate in the study, and returned it to the researcher. Because respondents may have suffered from an intrusive re-experience after completing the questionnaire, for ethical considerations, all respondents were informed that referral to a hospital or clinic was available. A confirmation document about the questionnaire’s distribution was sent to the director before the return deadline for centers that had not returned questionnaires from their employees. The questionnaires were collected for one month, from February to March 2020.

This self-administered questionnaire is widely used to screen for PTSD. The reliability and validity of the Japanese version have been confirmed in a Japanese population (Cronbach’s alpha = 0.97; r contrast-CV = 0.85; 95% CI, 0.847–0.862) [12]. It consists of 20 items about PTSD symptoms. Each item is scored on a five-point scale from 0 (not at all) to 4 (very). The total score takes a value from 0 to 80 points. Higher scores indicate a higher severity of symptoms of PTSD.

The Tachikawa Resilience Scale (TRS) is a self-administered questionnaire developed to measure Japanese resilience. The reliability and validity of the Japanese version have been confirmed in a sample of Japanese company workers (Cronbach’s alpha = 0.82) [17]. We chose the TRS because this scale was developed as a concise measure of resilience, which is suitable for the Japanese, taking into account that qualities of resilience could be culturally sensitive. It consists of 10 items, each scored on a seven-point scale from 1 (strongly disagree) to 7 (strongly agree). The total score takes a value from 10 to 70 points. Higher scores indicate more resilience.

Demographics and characteristics such as age, years of work experience, and gender were measured. Previous studies have found these variables to be associated with PTSD [1,7,18,19]. In addition, we measured the qualifications held by participants because the risk of experiencing traumatic events in child guidance centers is likely to vary by qualifications.

The witnessing of violence between clients by workers was significantly associated with the severity of PTSD symptoms. The association between the cumulative number of event types and PTSD symptoms was not significant, but it was stronger when the cumulative number was four or more. Resilience was found to be a protective factor against PTSD symptoms. It may be important to reduce the experience of witnessing violence or other types of traumatic events in child guidance center workers to avoid having the negative effects of PTSD symptoms affect their performance.

Data sharing is not applicable to this article. The ethics committee approved the study provided that the data were used only by the authors.

The authors would like to thank the child guidance centers’ directors and staff for their cooperation in this study. 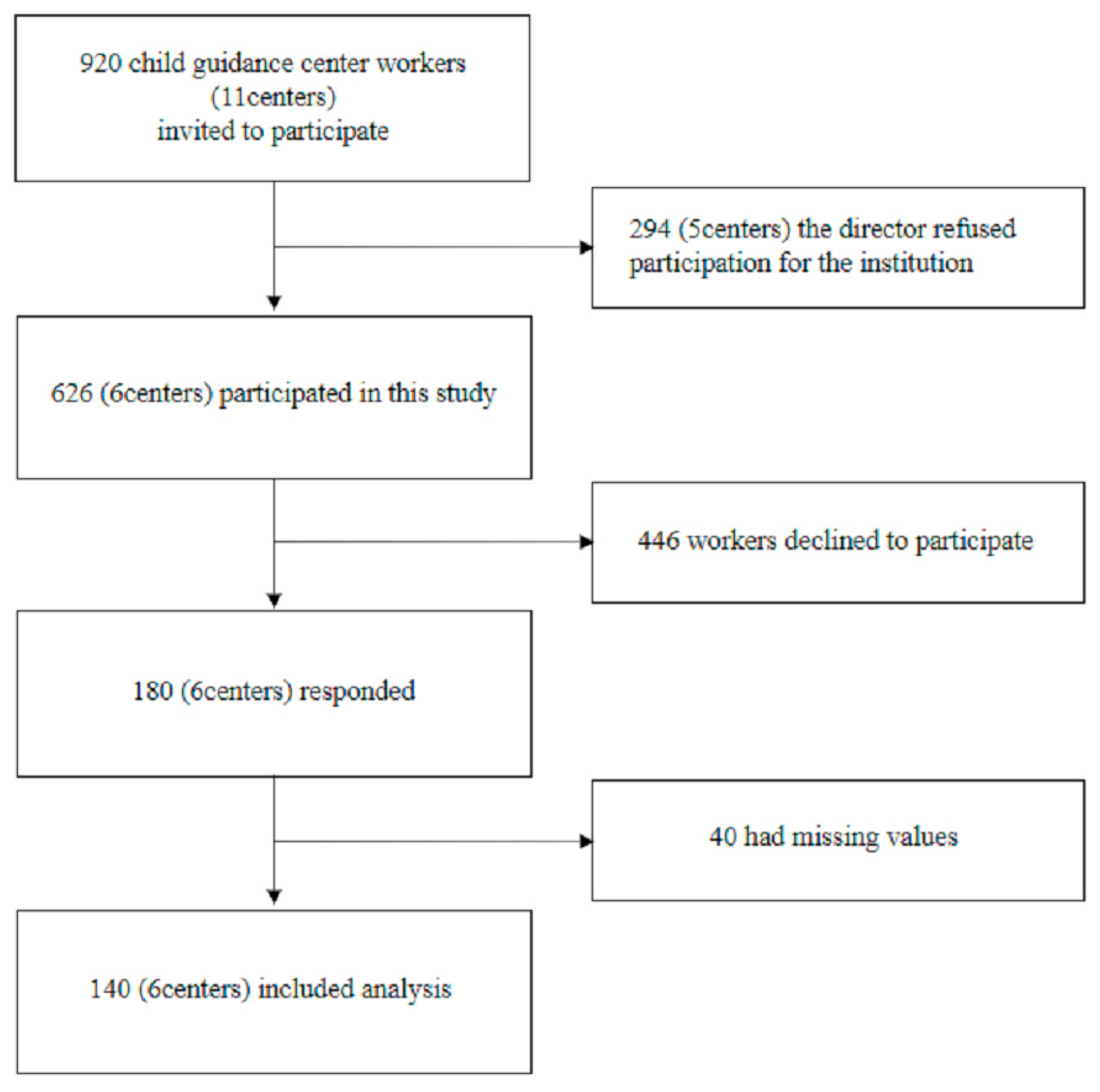 Table 4. Results of univariate and multivariate analyses.
Table 4. Results of univariate and multivariate analyses.
Note. n = 140. Dependent variable=PTSD symptoms. The experiences of the events 4 and 6 in Table 2 were excluded from the analyses because the events 1 and 4, and 4 and 5, were highly correlated, and the event 6 was a small prevalence. CI, confidential interval. SE, standard error. a The qualification of worker who provide consultation on child abuse in Japan. b The contents of the number of types of traumatic events experienced correspond to the contents of Table 2. * p < 0.05; ** p < 0.01.
© 2021 by the authors. Licensee MDPI, Basel, Switzerland. This article is an open access article distributed under the terms and conditions of the Creative Commons Attribution (CC BY) license (https://creativecommons.org/licenses/by/4.0/).
We use cookies on our website to ensure you get the best experience. Read more about our cookies here.
Accept
We have just recently launched a new version of our website. Help us to further improve by taking part in this short 5 minute survey here. here.
Never show this again