:
Background: The aim of the study was to investigate the effect of a simulated heat-wave on the labour productivity and physiological strain experienced by workers. Methods: Seven males were confined for ten days in controlled ambient conditions. A familiarisation day was followed by three (pre, during, and post-heat-wave) 3-day periods. During each day volunteers participated in a simulated work-shift incorporating two physical activity sessions each followed by a session of assembly line task. Conditions were hot (work: 35.4 °C; rest: 26.3 °C) during, and temperate (work: 25.4 °C; rest: 22.3 °C) pre and post the simulated heat-wave. Physiological, biological, behavioural, and subjective data were collected throughout the study. Results: The simulated heat-wave undermined human capacity for work by increasing the number of mistakes committed, time spent on unplanned breaks, and the physiological strain experienced by the participants. Early adaptations were able to mitigate the observed implications on the second and third days of the heat-wave, as well as impacting positively on the post-heat-wave period. Conclusions: Here, we show for first time that a controlled simulated heat-wave increases workers’ physiological strain and reduces labour productivity on the first day, but it promotes adaptations mitigating the observed implications during the subsequent days.
Keywords:
heat stress; thermal stress; hot; heat; occupation; work; assembly line; skin temperature; core temperature; heart rate

Appropriate workplace environmental conditions ensure the health and safety of the workforce and the maintenance of productive work. It is therefore not surprising that initiatives to mitigate occupational heat stress have been launched by many organizations, including the World Health Organization [1], the International Labour Organization [2], and the European Commission (HEAT-SHIELD project) [3]. If climate change is not limited, global warming over the next few decades will force humanity to live and work in environments that today are considered extreme. High ambient temperatures are expected to be accompanied by increasing heat-wave frequency, intensity, and duration [4]. Additionally, in contrast to family dwellings in which temperature can be regulated with air-conditioning systems, our current technological advances suggest that it will be probably economically and environmentally inefficient to do the same in large production bays such as the ones found in manufacturing sector [5]. While, it is important to note that even if such heat mitigating measures were adopted in occupational settings, it could lead to a vicious circle of accelerating greenhouse emissions and climate change [5]. Hence, to safeguard workers, this unfortunate cocktail of unavoidable occupational heat stress together with the lack of efficient heat mitigation strategies requires urgent actions on a global scale.
During the last century more than one hundred studies were conducted to investigate the effects of occupational heat stress on workers’ health and productivity [6]. These studies revealed that a single work-shift in the heat quadruples the probability of experiencing occupational heat strain, while one out of three individuals who work under heat stress report productivity losses [6]. Despite this plethora of studies confirming the impact of short-term heat stress on workers’ health and productivity [6,7], no controlled studies have been performed to investigate the cumulative effect of a prolonged heat-wave on the labour productivity and physiological strain experienced by workers.
The likely reason that no attempts have been made to study the effect of heat-waves on worker’s health and productivity in controlled settings is logistics. This is because participants would need to be confined to the temperature-controlled conditions during the work-shift and for the remainder of the day (rest, sleep, etc), simulating the conditions to which the workers would be exposed during such a heat-wave. Therefore, the main gap in our knowledge concerning the effect of heat-waves on heat-health and labour productivity is the cumulative effect of heat-waves on workers. Although the work conducted in previous studies was undoubtedly a step in the right direction, we believe that further study is needed to expand our understanding on this important topic as well as to develop strategies to protect the growing number of people who work in adverse environmental conditions [8]. The present study was designed to address this concern aiming to investigate, for first time, the cumulative effect of a prolonged heat-wave on the labour productivity and physiological strain experienced by people who work in the manufacturing industry.

The experimental protocol was approved by the National Committee for Medical Ethics of the Republic of Slovenia (no. 0120-402/2020/4) in accordance with the Declaration of Helsinki.

The minimum required sample size for investigating “repeated measures, within factors” was calculated using the results of a previous study [7], which identified that there is a 0.8% increase in labour loss for every degree increase in air temperature (R2 = 0.47). Using these data, an effect size (d) of 1.8834 (f = 0.9417) for the association between heat stress and labour loss was computed. Assuming an α of 0.001 and β of 0.99, six participants would provide sufficient power to detect a statistical difference of a similar magnitude (G*Power Version 3.1.9.2) [9]. It is important to note that Eurostat reports that younger (15–39 years) and older (40–59 years) manufacturing workers occupy roughly the same share of jobs in computer and electronics manufacturing industry. However, when a job involves computer programming or other computer-related activities, such as the activities that are required by modern machineries, the industry is dominated by predominantly younger workers (available from: www.appsso.eurostat.ec.eu/nui/submitViewTableAction.do; accessed on 3 March 2021). The same statistics report that male workers occupy 95% more jobs in computer and electronics manufacturing industry, as well as 247% more jobs involving computer programming or other computer-related activities. Hence, the study involves monitoring seven healthy young male students who study in disciplines related to computer science and were not professionally engaged in any sport (age: 21.5 ± 1.2 years (19 to 23 years), weight: 81.5 ± 14.5 kg (69.4 to 115.2 kg), height: 180 ± 5.6 cm (172.5 to 188.5 cm), body surface area: 2.0 ± 0.2 m2 (1.9 to 2.4 m2), body mass index: 25.1 ± 4.0 kg/m2 (20.5 to 33.7 kg/m2), fat mass: 22.5 ± 7.9% (15.1 to 40.0%)) during a ten-day confinement experiment. Written informed consent was obtained from all volunteers after detailed explanation of all the procedures involved.

We found that the simulated heat-wave had unfavourable impacts on the physiological strain experienced by our participants. Specifically, Tsk of our participants was approximately 1.2 °C higher before the start of the work-shifts during the hot days (days 4–6) compared to the neutral ones (days 1–3 and 7–9) (p < 0.05). On the other hand, no such significant differences in the Tcore and HR of our participants were found before the start of the work-shifts. Moreover, heat-wave impaired considerably the EFFICIENCY and physiological strain during SALT and STEP sessions (Figure 3 and Table A1). It is important to note that we predicted that a typical worker performing uninterrupted moderate-intensity work would experience an increase of 1.1 °C Tcore compared to the only ~0.7 °C we observed in our study.
Interestingly, we found that during the simulated heat-wave, visits to the toilet (neutral ambient temperature) increased by ~19.0% and were 1 min longer in duration (neutral days 3.2 min vs. hot days 4.2 min) (p < 0.05)—a finding possibly reflecting behavioural thermoregulation. No significant differences were found in urine specific gravity (i.e., at the end of work day) of our participants between the period prior to the heat-wave and all the experimental days. However, we identified large effect sizes between the period prior to the heat wave (1.0190 ± 0.0081 (-)) and the first (1.0241 ± 0.0049 (-); d = 1.06) and second day (1.0234 ± 0.0040 (-); d = 0.82) of the simulated heat-wave, indicating that a large sample size might yield a statistically significant effect. No significant differences in the Tcore of our participants were identified between the periods before (37.3 ± 0.3 °C) and after (37.3 ± 0.4 °C) the shower (p > 0.05), indicating that shower temperature had no effect on the heat strain experienced by our participants.

3.3. Effect of Heat-Wave on Physical Activity

A simulated heat-wave is accompanied by unfavourable impacts on the human capacity to work, leading to significant labour loss even for individuals that follow existing guidelines for work under heat stress. Early adaptations which occurred in the first day of a heat-wave are able to mitigate labour loss and physiological strain experienced by people during the subsequent days of the heat-wave, as well as being able to elicit aftereffects minimizing the heat strain experienced by workers in the period following the heat-wave. The present study not only contributed to an increased understanding of physiological responses to a heat-wave, but also introduced a novel methodological approach for future studies.

The study has received funding from the European Union’s Horizon 2020 research and innovation programme under the Grant agreement no. 668786.

The study was conducted according to the guidelines of the Declaration of Helsinki, and approved by the National Committee for Medical Ethics of the Republic of Slovenia (no. 0120-402/2020/4; 20 October 2020).

The authors declare no conflict of interest. The funder had no role in study design, data collection and analysis, decision to publish, or preparation of the manuscript. 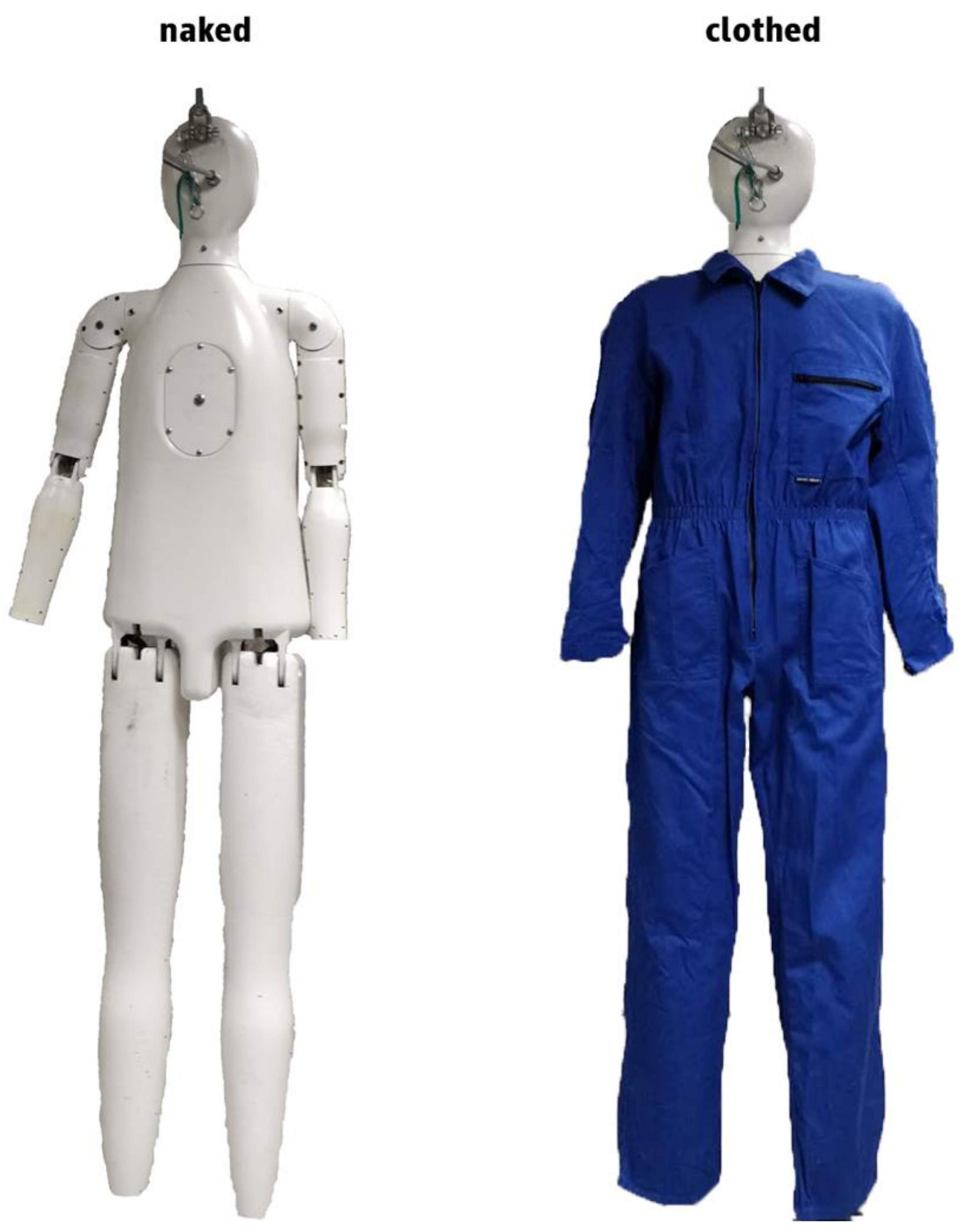 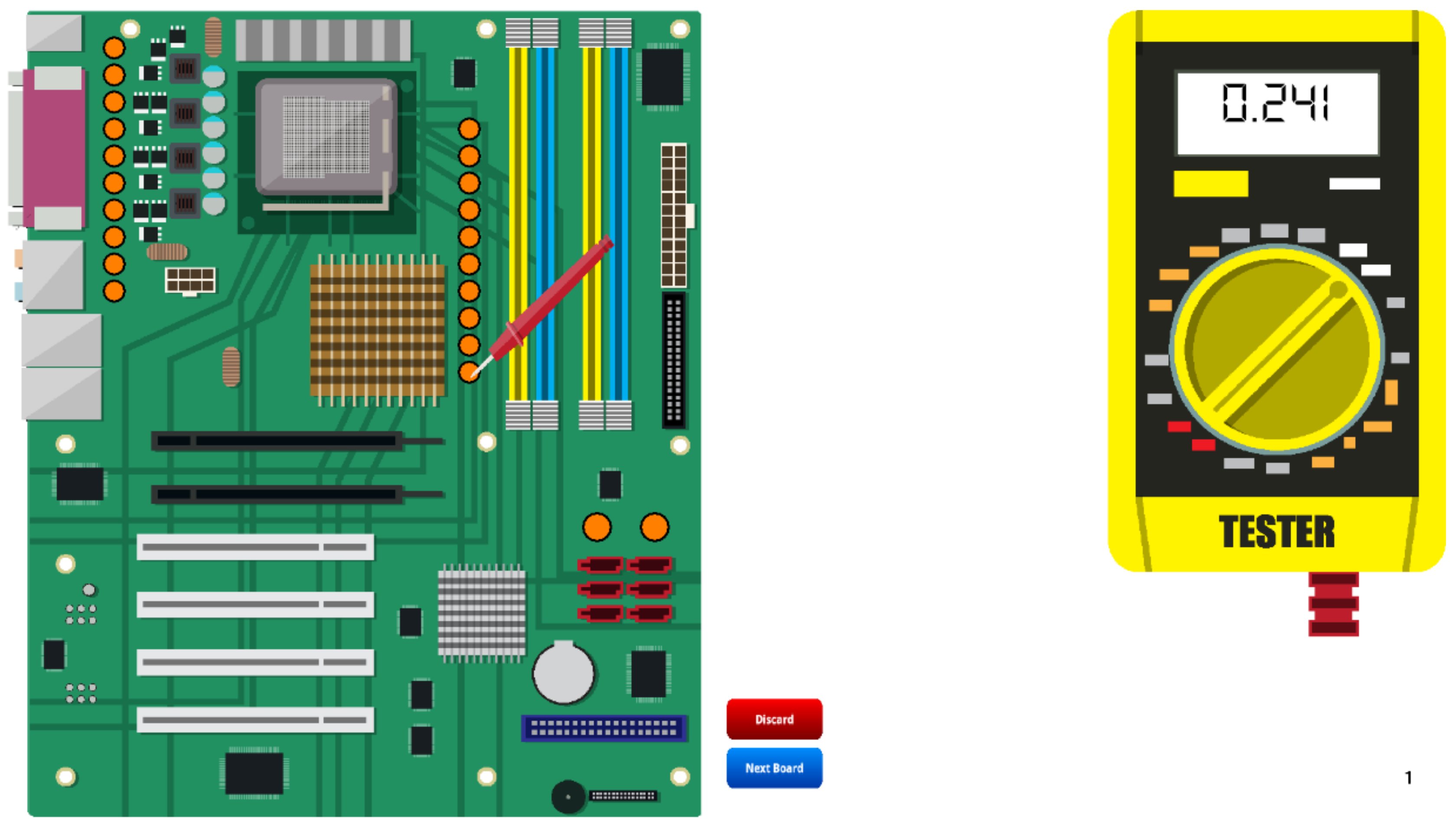 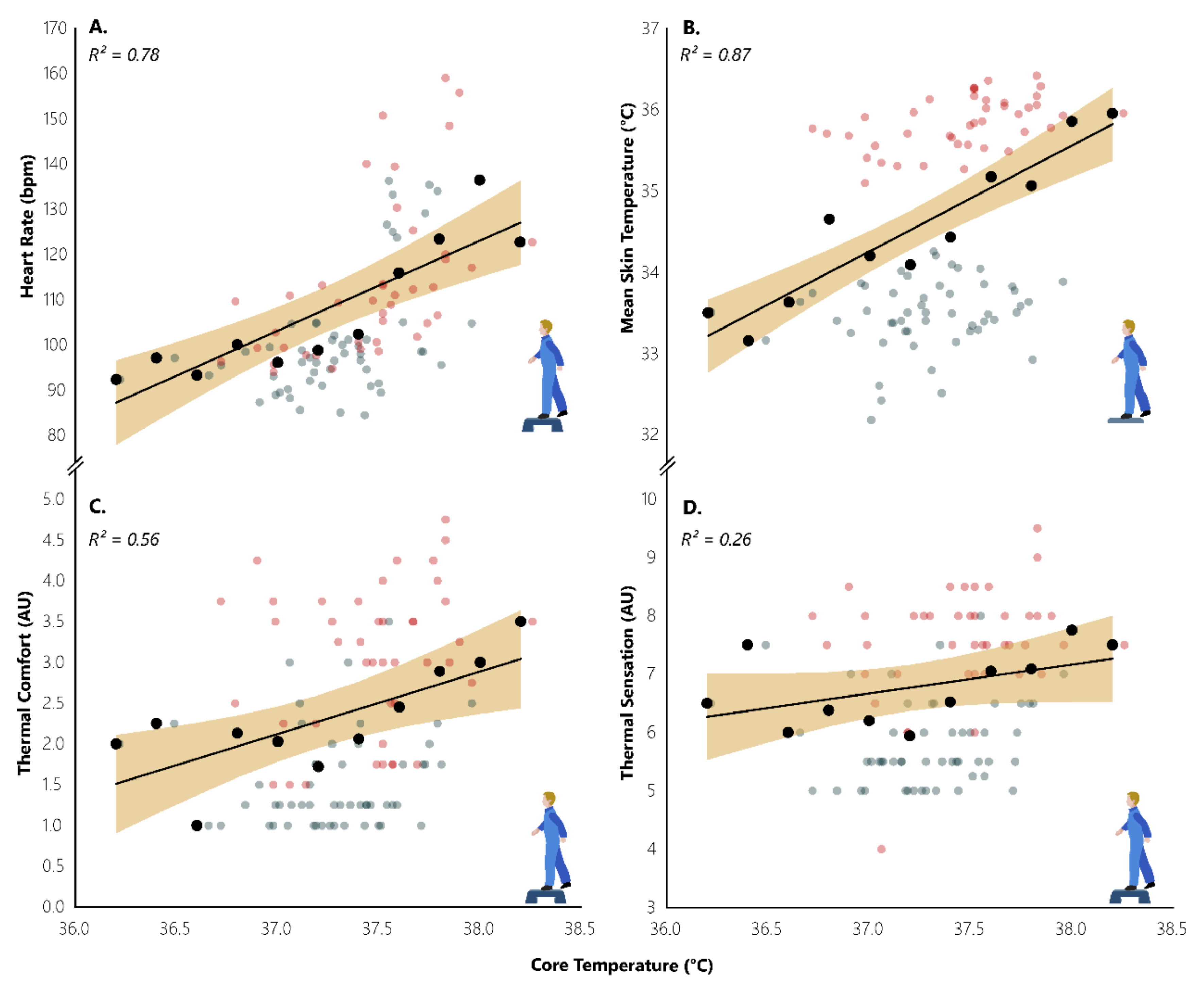