Comparison of Early-Stage Mothers and Childless Women Seeking Pregnancy: Experienced Stress, Resilience and Satisfaction with Relationship with the Partner

The present study used data from the nationally representative 2015–2016 Tanzania Demographic and Health Survey (TDHS) [6], which employed a two-stage, stratified, random sampling technique to select household samples. The TDHS conducted this survey as follows: first, a total of 608 sample points (clusters) were selected randomly, representing enumeration areas for 25 regions from the Tanzanian mainland and five regions from Zanzibar, which included 13,376 households (an average of 20 from each cluster). Second, 8929 households from 428 rural clusters and 3634 households from 180 urban clusters were selected. Finally, 12,563 interview responses from men and women aged 15–49 were recorded from 12,767 occupied households. Further details on the survey design and questionnaire can be found in Chapter 1 of the 2015–2016 TDHS report [6].

We calculated the cluster-level prevalence of average household SERs in various rural and urban survey zones in Tanzania, which represented 428 and 180 clusters, respectively. The exact locations of the surveyed households were adjusted to maintain anonymity; therefore, the analyzed household data only represented zone and cluster numbers. We calculated the average household SER for each cluster, with each cluster consisting of 20–22 households.
The respective shape files were collected from www.data.humdata.org (accessed on 10 October 2019). Each cluster was denoted as a color-coded dot on the map, representing the different average SER levels of a cluster. Each dot represents the average SER value of the cluster, with each cluster representing the average SER of 20–22 included households. We used the following color scheme to indicate the average SER values: yellow, for SER ≤ 1; green, for 1 < SER < 2; and red, for SER ≥ 2. We visualized the average rural and urban household SERs using QGIS version 3.8.3 [15].

We examined a set of categorical independent variables, such as the demographic characteristics of the household head, including gender and age, and the household’s highest level of educational attainment, size, livelihood status (i.e., wealth index), and geographical location (i.e., survey zone), combined with the total household health expenditure data. Subsequently, we clarified the associations between these variables and the identified SER levels in the regression model.
Participants’ responses regarding their current health expenditures were included in the analysis. The demographic data for household heads were categorized according to gender stratified by age as follows: 15–34 years, 35–54 years, 55–74 years, and 75–94 years. The household’s highest level of educational attainment was defined as no education, incomplete primary, complete primary but incomplete secondary, complete secondary, and higher than secondary. Family size was grouped into four broad categories according to the number of household members: one member, two to five members, six to ten members, and eleven to 49 members. Each household’s livelihood status was represented as one of five wealth quintiles: poorest, poor, medium, richer, and richest, according to Tanzania’s wealth index category [16]. In general, the wealth index is considered to serve as a proxy for a household’s livelihood status and is noncomparable to the wealth index values of other countries. Geographical characteristics were represented by the nine survey zones (i.e., Western, Northern, Central, Southern highlands, Southern, Southwest highlands, Lake, Eastern, and Zanzibar) and the two residence area types (i.e., rural and urban).

Descriptive statistics of the outcome and predictor variables were calculated using the recommended sample weight, presented as unweighted numbers and weighted percentages. We then regressed the household SER onto each household’s social and spatial characteristics. Given the association of different sociodemographic and economic characteristics with a household’s selection of cooking places and fuels, we included previously reported predictor variables (i.e., health expenditures, gender of the household head, age of the household head, household’s highest level of educational attainment, family size, wealth index, and survey zone). We also included a zone-level variable to predict the associations between SER and regional attributes. Ordered logistic regression models were used to estimate the odds ratios (ORs) and 95% confidence intervals (95% CIs) for the associations of various factors with household SER in Tanzania for the three models, including one model focused on combined rural and urban data to provide national-level associations and two models that separately focused on rural and urban characteristics. All descriptive and statistical analyses were performed in Stata version 16.1 [17]. The DHS Program of ICF International, Fairfax, VA, USA, approved the data access for the study. Institutional review board approval was not sought for this analysis because we used de-identified and publicly available 2015–2016 TDHS data for analyses.

A high percentage of households in Tanzania were categorized as high SER households that practiced indoor cooking with smoke-producing cooking fuels. High-level SER, which is a major public health concern in Tanzania, was more prevalent in the Central, Southern highland, and Southwest highland zones. The simultaneous adoption of improved cooking stoves and clean fuels is recommended to minimize the adverse effects attributed to household SER. Future program interventions that target these issues should consider both regional and sociodemographic factors that affect household smoke-exposure risk.

This research received no specific funding.

Intuitional review board approval was not sought for this study because we used de-identified and publicly available 2015–16 TDHS data for analyses. DHS Program of ICF International, Fairfax, VA, USA approved data access for the study. Informed consent was obtained from each respondent by the interviewers during the initial surveys. Details ethical standards and data collection procedures and review documentations can be found at https://dhsprogram.com (accessed on 9 October 2019).

Request for publicly available 2015–16 TDHS data should be made at the DHS Program website (https://dhsprogram.com/data/) (accessed on 9 October 2019). Details on Stata Do-file and R script regarding SER construction are available in the Harvard Dataverse repository (https://dataverse.harvard.edu/dataset.xhtml?persistentId=doi:10.7910/DVN/5J4YZZ) (accessed on 18 March 2020).

We thank DHS Program of ICF International, Fairfax, VA, USA for authorizing 2015–16 TDHS data for the study. We would like to thank the participants of the 11th Annual CUGH Global Health Conference, and APHA’s 2020 Virtual Annual Meeting and Expo for their helpful comments and suggestions. MGA would like to thank S. Fraiberger (World Bank), D. Twidwell (UNL), D. Uden (UNL), and K. Bartolomeos (WHO), and acknowledges support from a postdoctoral travel grant from the University of Nebraska–Lincoln (UNL). 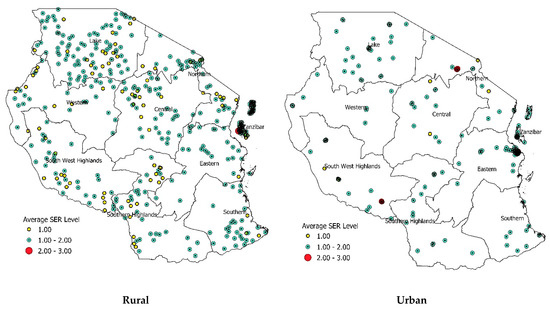 Table 1. Prevalence of household smoke-exposure risks (SERs) in Tanzania.
Table 1. Prevalence of household smoke-exposure risks (SERs) in Tanzania.
n: number of observations; CI: confidence interval *. The level of smoke-exposure risk (SER) is a “subjective risk” based on the expected SER associated with the types of cooking fuels and cooking places used. All percentage (%) values are weighted. Households that used smoke-producing fuels were found to be more exposed to cooking smoke than those that used non-smoke-producing fuels. Similarly, exposure to cooking smoke was greater among households that cooked indoors than outdoors. Due to data unavailability on both cooking fuels and places, 138 household were excluded from the primary data (n = 12,563).