Association between Proximity of the Elementary School and Depression in Japanese Older Adults: A Cross-Sectional Study from the JAGES 2016 Survey
Next Article in Special Issue

Are Early or Late Maturers Likely to Be Fitter in the General Population?

The present study aims to identify the optimal body-size/shape and maturity characteristics associated with superior fitness test performances having controlled for body-size, sex, and chronological-age differences. The sample consisted of 597 Tunisian children (396 boys and 201 girls) aged 8 to 15 years. Three sprint speeds recorded at 10, 20 and 30 m; two vertical and two horizontal jump tests; a change-of-direction and a handgrip-strength tests, were assessed during physical-education classes. Allometric modelling was used to identify the benefit of being an early or late maturer. Findings showed that being tall and light is the ideal shape to be successful at most physical fitness tests, but the height-to-weight “shape” ratio seems to be test-dependent. Having controlled for body-size/shape, sex, and chronological age, the model identified maturity-offset as an additional predictor. Boys who go earlier/younger through peak-height-velocity (PHV) outperform those who go at a later/older age. However, most of the girls’ physical-fitness tests peaked at the age at PHV and decline thereafter. Girls whose age at PHV was near the middle of the age range would appear to have an advantage compared to early or late maturers. These findings have important implications for talent scouts and coaches wishing to recruit children into their sports/athletic clubs. View Full-Text
Keywords: youth; fitness tests; allometry; body shape; biological age youth; fitness tests; allometry; body shape; biological age
►▼ Show Figures 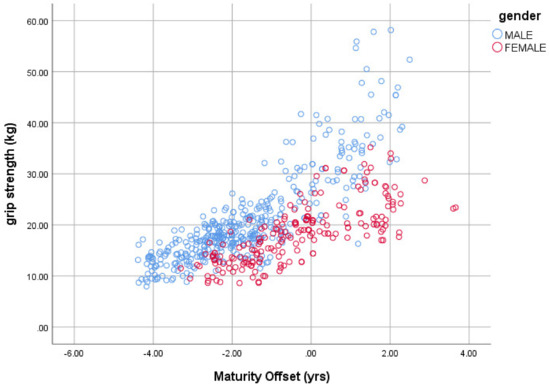