Trends, Diagnoses, and Hospitalization Costs of Child Abuse and Neglect in the United States of America

Children aged 18 years and younger who were discharged following hospital admission with a diagnosis or external cause code indicating abuse or neglect between 1998 through 2016 were included in this retrospective study of the National Inpatient Sample (NIS). The NIS is the largest all-payer, inpatient care database in the US and is maintained by the Health Care Utilization Project [22]. All analyses incorporated NIS annual sampling weights to estimate national trends. See Table 1 for a description of the sample.

The annual prevalence of child abuse and neglect hospitalizations was calculated from 1998 through 2016. Hospitalizations were the weighted total estimate of cases identified through E-codes and diagnostic codes. A chi-square test was used to test for a significant effect in the number of cases due to transitioning from ICD-9-CM to ICD-10-CM in Q4 2015. Rates were calculated by dividing hospitalizations by the number of children under age 18 for each year.
One primary question of interest was whether the mean admission-level costs and the annual total hospital-level costs differed over time by payer source. The NIS-provided user guide was followed for converting charges to costs by using the provided cost-to-charge ratio files [24]. Costs were then adjusted for inflation to Q4 of 2016 for inpatient hospital services based on the Bureau of Labor Statistic’s Consumer Price Index. Because cost-to-charge information was only available from 2001 onward, analyses involving costs included 2001–2016 only. Data from 1998 to 2000 were excluded from cost analyses as no NIS guidelines exist to convert charges to costs.
Multivariable regression modeling was used to estimate the trend in admission-level hospital costs by payer source, adjusted for patient-level confounders and hospital characteristics. Confounding variables were identified through a directed acyclic graph (DAG) and included individual patient variables (sex, age, race, income, E-code category, diagnosis category, and died during hospitalization) and hospital-level variables (location/teaching status: rural, urban non-teaching, and urban teaching; region: Northeast, South, Midwest, and West). Variables such as hospital length of stay and severity were not included because they were identified in the DAG as intermediates.
Generalized linear mixed models (GLMMs) based on the gamma distribution with a log link function and random hospital-level intercepts and slopes best fit the data. The GLMMs were fit via adaptive quadrature to obtain maximum likelihood estimates. NIS sampling weights were incorporated in the GLMMs to obtain nationally representative estimates. Trend weights were used in place of the standard discharge weights for 2001–2011 to accommodate the 2012 re-designed NIS sampling scheme, which allowed for the analysis of a time trend. These models were fit to incorporate both the admissions-level and hospital-level variables. Admissions data were aggregated to the hospital level by summing hospital costs for each unique combination of the aforementioned confounding variables. After fitting the GLMM to the aggregated hospital-level data, national yearly total cost estimates by payer source were obtained by summing the hospital-specific predicted cost. All reported p values from GLMMs were obtained by using infinite denominator degrees of freedom. Hypothesis tests were two-sided and used an a priori 0.05 level of significance.
Analyses were conducted using SAS (version 9.4, SAS Institute Inc., Cary, NC, USA). GLMM-based cost estimates were adjusted for quantitative and qualitative covariates by using observed means and relative frequencies, respectively.
Due to missing data in the study for variables of interest (race: 23%; hospital costs: 9.5%; died, sex, location, payer, and income: all <1%), multiple imputation (MI) models were explored using the R (version 3.4.4, Auckland, New Zealand) package mice (version 2.46.0). MI addresses issues associated with missingness in longitudinal datasets, which biases results and reduces the power of associated findings [25]. Multivariate imputation via chained equations were used to create five imputed datasets. Sensitivity analyses were then conducted and showed the results from single imputation yielded comparable standard errors to those from multiple imputation analyses. Therefore, all results are reported from a single imputation analysis. Based on the successful results of the single imputation method compared to the multiple simulated sets, our use of the single imputed should not impact the results and should increase internal validity.

3.2. Demographic Characteristics of Children Hospitalized for Child Abuse or Neglect by Sex

Males comprised an estimated 53.0% (Table 1) of all child abuse and neglect hospitalizations from 1998 through 2016. Infants (age < 1) comprised 47.3%, and children age 1–3 accounted for another 24.2%. Female adolescents experienced more abuse or neglect hospitalizations than male adolescents overall and among different age categories. Younger female adolescents (age 10–12) experienced more maltreatment hospitalizations than males (5.8% vs. 4.7%). This gender difference was more pronounced in the 13–15 age group (11.4% vs. 4.0%) and persisted into the teen years of 16–18 (8.9% vs. 2.5%) (p < 0.05). White, non-Hispanic children accounted for just over half of admissions, followed by Black children (24.3%) and Hispanic children (16.4%). Children from the lowest income quartile accounted for 34.1% of hospitalizations, whereas children from the highest income quartile accounted for 14.6% of hospitalizations. All distributions and gender comparisons in Table 1 were significant at the p = 0.05 level except for income and hospital region.
Most perpetrators (66.4%) had an E-code of Not Otherwise Specified (NOS), other or none. Physical abuse was the most frequent diagnosis (37.6%), followed by NOS, other or none (24.0%) and neglect (13.9%). Children with multiple diagnoses of abuse or neglect accounted for 4.8% of cases.

The National Inpatient Sample (NIS) is a publicly available dataset. Information can be found at https://www.hcup-us.ahrq.gov/db/nation/nis/nisdbdocumentation.jsp.

Injury Prevention Research Center at the University of Iowa. 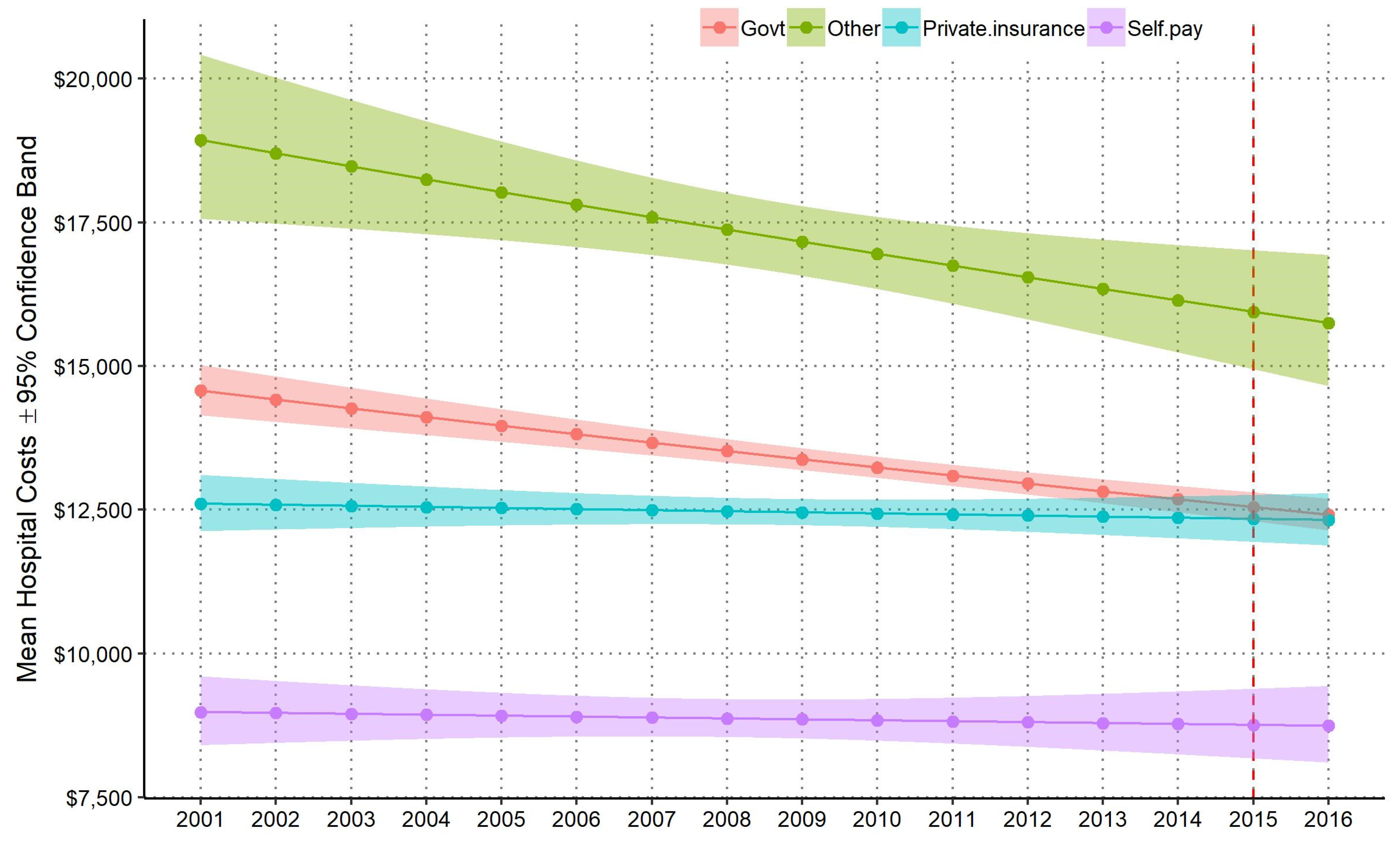 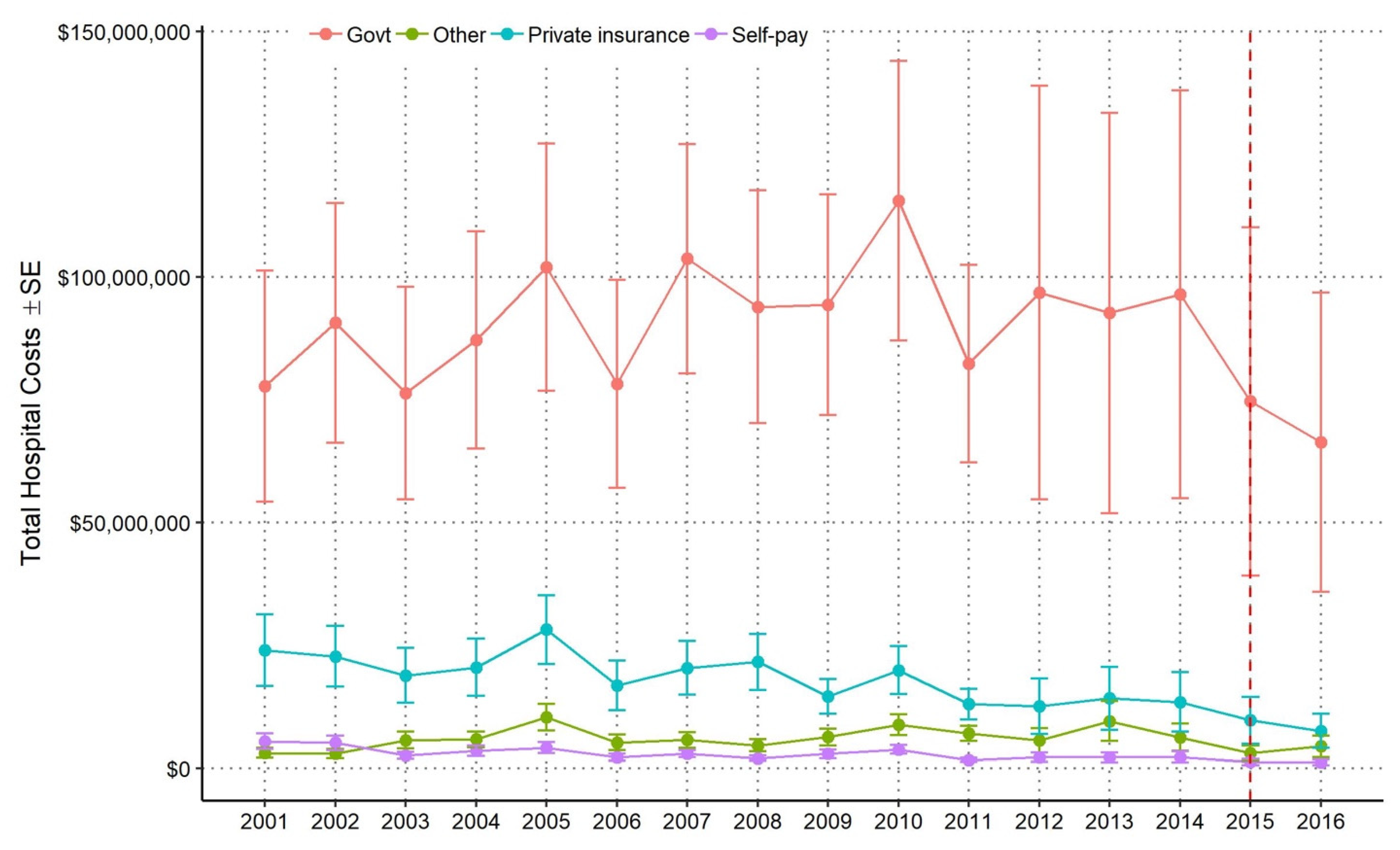