The stress pathway posits that those in disadvantaged circumstances are exposed to a higher degree of stressful experiences over time resulting in an accumulated biological burden which subsequently relates to poorer health. Trajectories of disadvantage, in the form of neighbourhood deprivation and structural social capital, are evaluated in their relation to allostatic load representing the cumulative “wear and tear” of chronic stress. This paper uses data from the British Household Panel Survey and Understanding Society in a latent class growth analysis. We identify groups of exposure trajectories over time using these classes to predict allostatic load at the final wave. The results show that persistent exposure to higher deprivation is related to worse allostatic load. High structural social capital over time relates to lower allostatic load, in line with a stress buffering effect, though this relationship is not robust to controlling for individual sociodemographic characteristics. By demonstrating a gradient in allostatic load by histories of deprivation, this analysis supports a biological embedding of disadvantage through chronic exposure to stressful environments as an explanation for social health inequalities.
Keywords: neighbourhood deprivation; social capital; allostatic load; biosocial; health inequalities neighbourhood deprivation; social capital; allostatic load; biosocial; health inequalities

The persistence of health inequalities across contexts and scales means understanding the processes of exposure-health relationships is an important area of research. Biosocial perspectives on health geography offer new avenues for investigating how gradients of disadvantage manifest in the health of bodies [1,2,3]. Concerned with the dynamic entanglements of social and biological processes, biosocial research can give insight into how environments “get under the skin” [4]. That is, biosocial data provides objective measures of the biological embedding of multiple exposures [5].
Pathways related to stress are relevant processes for understanding the transition from exposure to health. The social and physical environments which characterize different places can be varyingly perceived as threatening or stressful [6,7]. For example, the disorder that may typify deprived areas is commonly theorized to impact health through the incitation of stress [8,9,10]. Repeated exposure to such stressful environments results in “wear and tear” on the body and this weathering can negatively influence health, a process captured through the concept of allostatic load [11,12,13]. Moreover, other experiences may impart a stress-buffering influence, working to alleviate the negative impact of disadvantage. For example, the beneficial health effects of green space are often linked to stress reduction [14,15,16]. The stress-buffering hypothesis is also a major conceptual underpinning for positive associations of social capital with health [17,18]. These ideas feed into the so-called “stress pathway”, a biosocial mechanism to understand how different exposure histories are embodied over time in the health of individuals.
Investigating how exposures relate to later health states is a vital component to understanding health inequalities. The biosocial viewpoint, appreciating the importance of heterogeneous exposures and processes, allies with another major health concept: the exposome [19,20]. The exposome, designed as a conceptual complement to the genome, is focused on environmental exposures: considering the “environment” to encompass factors within and outside the body. Hence, the exposome is clearly aligned with biosocial ideas [3]. Similar to a biosocial lens on health, the dynamism of exposure and mutability of the body is central to the exposome. It considers the whole lifecourse and places exposures within a space-time framework of trajectories, rather than as static factors [21]. Therefore, it is a useful framework to investigate the stress pathway, where repeated exposure to situations perceived as stressful is vital to the allostatic process [5].
To investigate how stress-related exposures relate to a cumulative marker of biological weathering, it is therefore important to consider long-term environmental histories, appreciating the changing nature of exposure. This study will identify trajectories of neighbourhood deprivation and social capital over a 20-year period and relate these histories to allostatic load. This analysis offers a test of the chronic accumulation theory of the stress pathway through the lens of a biosocial and exposomic conceptual framework. Specifically, in line with expectations from the literature on the stress pathway hypothesis, this study aims to address the following research questions: does greater exposure to deprived neighbourhoods over time relate to higher allostatic load, and does experiencing higher social capital over time relate to lower allostatic load?

The first stage of the main analysis involved identifying an appropriate number of latent classes to summarize the trajectories of neighbourhood deprivation and social capital. Table 3 presents the model comparisons for both exposure measures. Though the sample-size adjusted Bayesian Information Criteria (SSABIC) is smallest for the 6-class model, indicated a better fitting model, for social capital a three-class solution is deemed most appropriate as maintaining a larger sample size (>50) for each exposure trajectory is desirable. For deprivation, the four-class solution is chosen: the additional fifth class did not add a substantially different trajectory history, and the Lo, Mendell, and Rubin likelihood ratio test [85] returned a highly non-significant value showing the 5-class solution was not an improvement over the 4-class model. Entropy was reasonably close to 1 for both of the selected models indicated that the classes were well separated from each other. The classes for social capital and deprivation are presented in the Supplementary Materials. Note that for the Townsend score exposure histories a quadratic growth term is also included as this addition was found to improve model fit over a linear change formulation.
The second stage of the analysis examined the relationship of allostatic load to the exposure histories of disadvantage and social capital. Figure 1 presents the mean allostatic load scores for each of the deprivation classes across the series of models. Evidence to support the first research question is provided in Figure 1: allostatic load is patterned by neighbourhood deprivation, with histories reflecting greater and more severe exposure to disadvantage associated with higher allostatic load. The overall difference between classes decreases as sociodemographic characteristics are accounted for in Model 3. Indeed, the exposure histories are significantly related to allostatic load in Models 1 and 2, but the relationship borders on insignificance when more proximal characteristics are controlled for (see Table 4).
The results by trajectories of social capital are presented in Figure 2. Accounting for the influence of age and sex, and the other socioeconomic characteristics—Models 2 and 3—revealed those in the high trajectory of social capital exhibited the lowest allostatic load. In Model 2 there is a clear gradient across the social capital histories which is in agreement with a stress-buffering hypothesis—that is belonging to more organisations lowers allostatic load. However, the differences between the social capital classes are not significant at the 95% confidence level in Model 2 and become marginal and highly non-significant when the full range of sociodemographic characteristics are controlled for in Model 3 (see Table 5). Therefore, whilst some support is provided for the second research question in terms of the patterning of results—where lower allostatic load is associated with higher social capital trajectories—this support is limited regarding the significance and strength of the identified effects.

This study drew upon the framework of the exposome to examine dynamic exposure histories of disadvantage over time. By assessing two important social dimensions of disadvantage, deprivation and social capital, this analysis contributes a valuable insight into the social sphere of the exposome and how it relates to allostatic load. This analysis supported a model of the biological embodiment of disadvantage over time through chronic stress exposure, with persistent experience of highly deprived environments associated with worse allostatic load than exposure to more advantaged histories. In doing so we contribute support for a biosocial explanation of health inequalities.
This study demonstrates the value of evaluating environmental exposure histories over long time periods and highlights that exploring biosocial pathways for linking exposures to health may be fruitful avenues for developing understanding of the development of health inequalities. Future research would benefit from examination of exposure histories and their relation to biomarkers. In particular, there is clear scope to investigate more complex intra- and inter-individual heterogeneity in trajectories and to explore dynamic interactions between social exposures over time. This would help to reveal a more nuanced picture of exposure and biosocial health pathways.

This research was funded by an Economic and Social Research Council PhD studentship in Advanced Quantitative Methods, grant number ES/J50015X/1.

The University of Essex Ethics Committee has approved all data collection on Understanding Society main study and innovation panel waves, including asking consent for all data linkages except to health records. Requesting consent for health record linkage was approved at Wave 1 by the National Research Ethics Service (NRES) Oxfordshire REC A (08/H0604/124), at BHPS Wave 18 by the NRES Royal Free Hospital & Medical School (08/H0720/60) and at Wave 4 by NRES Southampton REC A (11/SC/0274). Approval for the collection of biosocial data by trained nurses in Waves 2 and 3 of the main survey was obtained from the National Research Ethics Service (Understanding Society—UK Household Longitudinal Study: A Biosocial Component, Oxfordshire A REC, Reference: 10/H0604/2).

Informed consent was obtained from all subjects involved in Understanding Society and the British Household Panel Survey.

Understanding Society is an initiative funded by the Economic and Social Research Council and various Government Departments, with scientific leadership by the Institute for Social and Economic Research, University of Essex, and survey delivery by NatCen Social Research and Kantar Public. The research data are distributed by the UK Data Service. 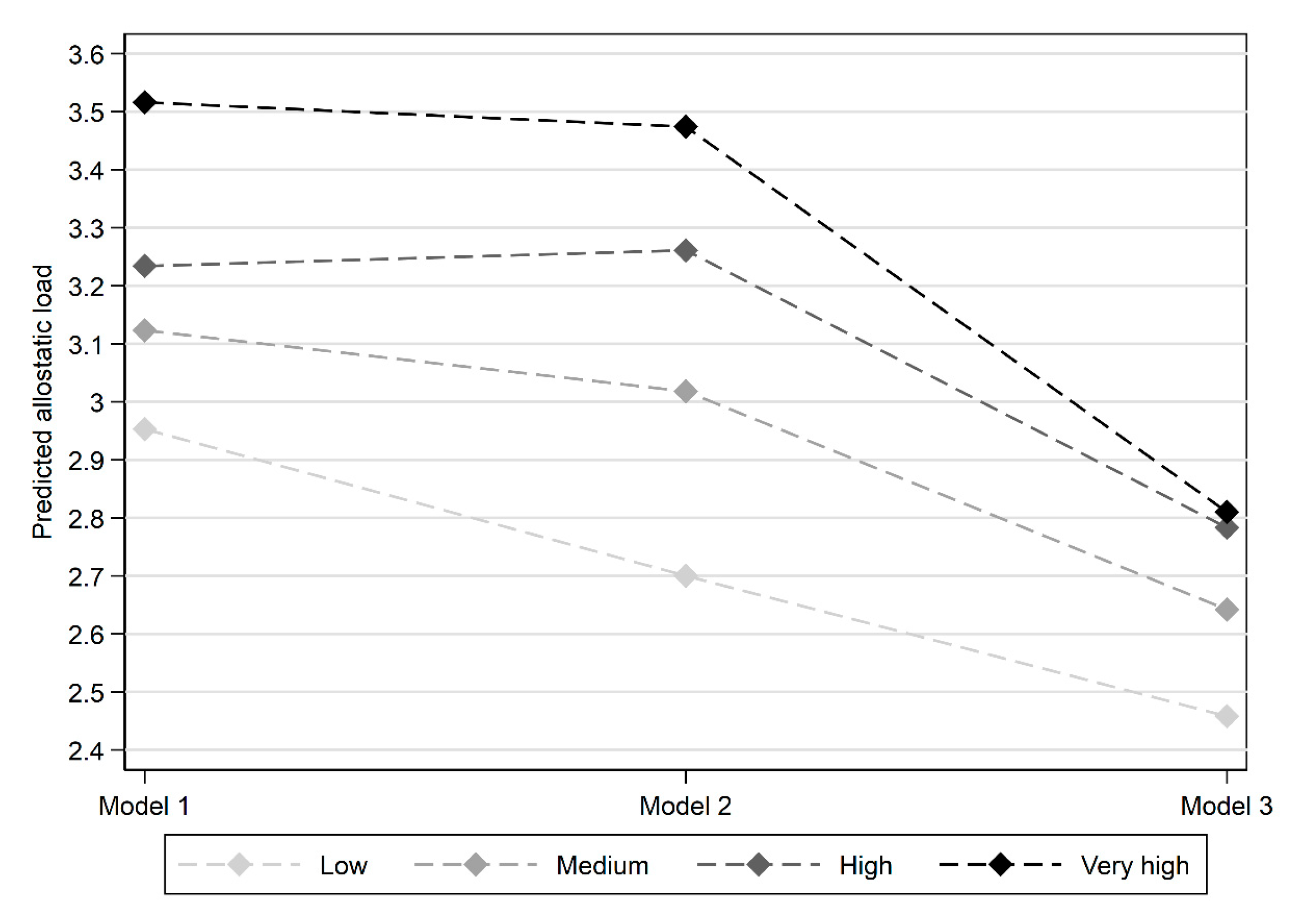 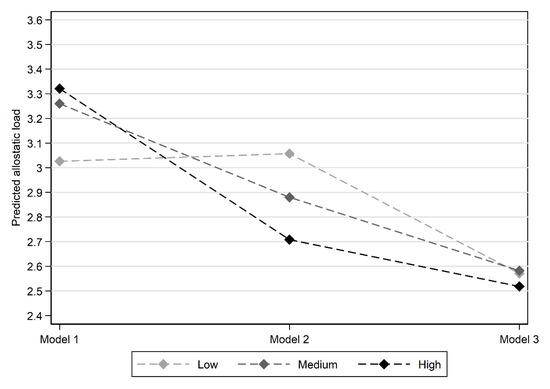 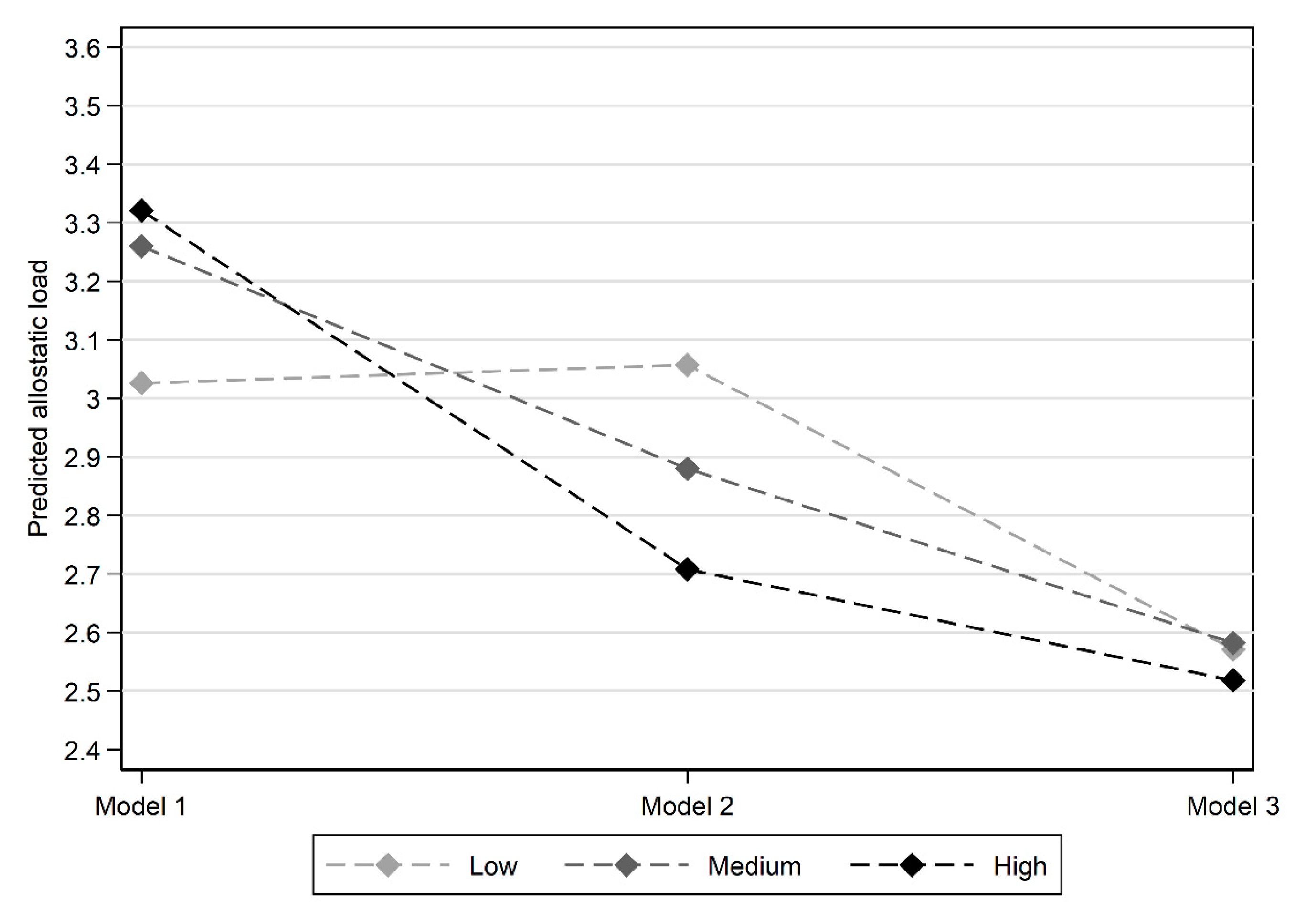