For testing the proposed physical intervention techniques, two police officers were required (one who acted as a police officer and the other one as an opponent). Three different troublesome situations that police have commonly to face were recreated:
In each of the three situations the police officer reacted to applying the proposed operational tactical procedures (OTPs) in order to practice self-defense. The physical intervention techniques were displayed in a step by step fashion.

We first examined existing personal defense procedures and techniques as reported in major law enforcement officer manuals currently in force in Spain with the above-described medical considerations in mind. The manuals are intended to help officers brush up previously learnt procedures and techniques and also to implement them as physical intervention techniques (PITs) in troublesome situations. Some procedures have evolved into new PITs known as operational tactical procedures (OTPs) [44,54].

3.2. The Principles of Congruence, Opportunity and Proportionality

Based on the foregoing, and on the police’s commitment to preserving people’s lives and physical integrity, all police actions should comply with the principles of congruence, opportunity and proportionality. This requires advising law enforcement officers and private security guards to act on non-vulnerable points (viz., points in the upper and lower limbs excluding the hands, wrists, knees and feet if at all possible) when applying the above-described potentially dangerous procedures in order to avoid unwanted serious injuries.
In fact, the upper and lower limbs contain pressure points whose pressing may cause strong enough pain to render an individual motionless by effect of their being richly innervated. These non-vulnerable points include large muscles such as the femoral quadriceps, brachial triceps or glutei, large tendon insertion zones such as triceps or lateral vast tendon insertions (indicated in Figure 1) and others such as the anterior tibial edge, trauma of which can be highly painful even in the absence of injury [43,49]. Similarly efficient and undamaging is acting on large joints such as the shoulder, which is less prone to injury under locking (e.g., when handcuffing, tying or shackling). Trauma in these zones can result in apparent injuries such as contusion, ecchymosis, rupturing of fibrils, tendons or muscles, and dislocation. Most often, however, the damage is not serious relative to highly vulnerable or vital zones (red zones in Figure 1) [40,41]. In summary, opponents should be locked, and arrested if needed, by applying effective techniques to non-vulnerable points. Therefore, law enforcement officers should be instructed in procedures where the use of physical strength is replaced with weight shifts and pain control in acting on especially sensitive zones and breaking the balance of the individual to be subdued.

Based on the previous considerations, an OTP comprising a series of physical intervention techniques (PITs) for locking and arresting that target non-vulnerable points has been developed. The proposed PITs use defense mechanisms such as blocking, diverting and grabbing of the upper and lower limbs while avoiding vulnerable and vital zones. In fact, the procedures described in OTP manuals rely on inflicting controlled pain by acting on non-vulnerable points that are especially sensitive by virtue of their rich innervation. Thus, hitting the triceps tendon or the quadriceps muscle can be painful enough for the opponent to be blocked and completely controlled. These procedures avoid serious damage not only of the opponent but also of the officer. In addition, unlike martial arts techniques, they require no warm-up, so they reduce the risk of officers being injured [48].
Based on the foregoing, three different PITs to be applied to green (non-vulnerable) zones (i.e., zones that are much less prone to damage than the red and yellow zones of Figure 1) are proposed to avoid serious injuries or even death while ensuring that an opponent is arrested without damage to the officer. Although these PITs can be replaced with others if needed in specific situations, they cater for most types of troublesome situations officers can face in an urban scenario.

As illustrated by the image sequence of Figure 2, the technique involves the following steps:

The sequence of Figure 3 illustrates the procedure, which comprises five steps, namely:

As illustrated in the image sequence of Figure 4, the procedure involves the following steps:

Officers applying Technique 2 or 3 should wear a padded sleeve for increased safety [Patent 1; ES2615602 (B2)] [55].
The proposed PIT displayed in Figure 1, Figure 2 and Figure 3, avoid the high vulnerability red areas, leading a reduction of the rate of causing serious injuries. All of the proposed techniques are the result of many years of work and were successfully tested in real situations [54]. To do so, police officers from different countries of the world were trained. The effectiveness of the proposed PIT lies not only in preventing injuries to citizens but also in preventing injuries in the police themselves.

Some training manuals for law enforcement officers and private security agents describe physical intervention techniques (PITs) for use in troublesome situations that carry a high risk of injuring the target individuals. The damaging potential of such PITs was assessed in terms of anatomical region and most were found to have a high risk of severe damage. The alternative PITs proposed here, which rely on operational tactical procedures, improve in legal and forensic medical terms on existing choices and dramatically reduce the risk of injuring arrestees as a result of acting on zones of minimal vulnerability in order to preserve people’s safety and physical integrity.

Vera-Jiménez, J.C.; University of Cadiz; Versatile protector suitable for carrying defenses for police use and other accessories, and for the use of defensive blocking techniques. Methods of employment. ES2615602 (B2). 2018-02-01. 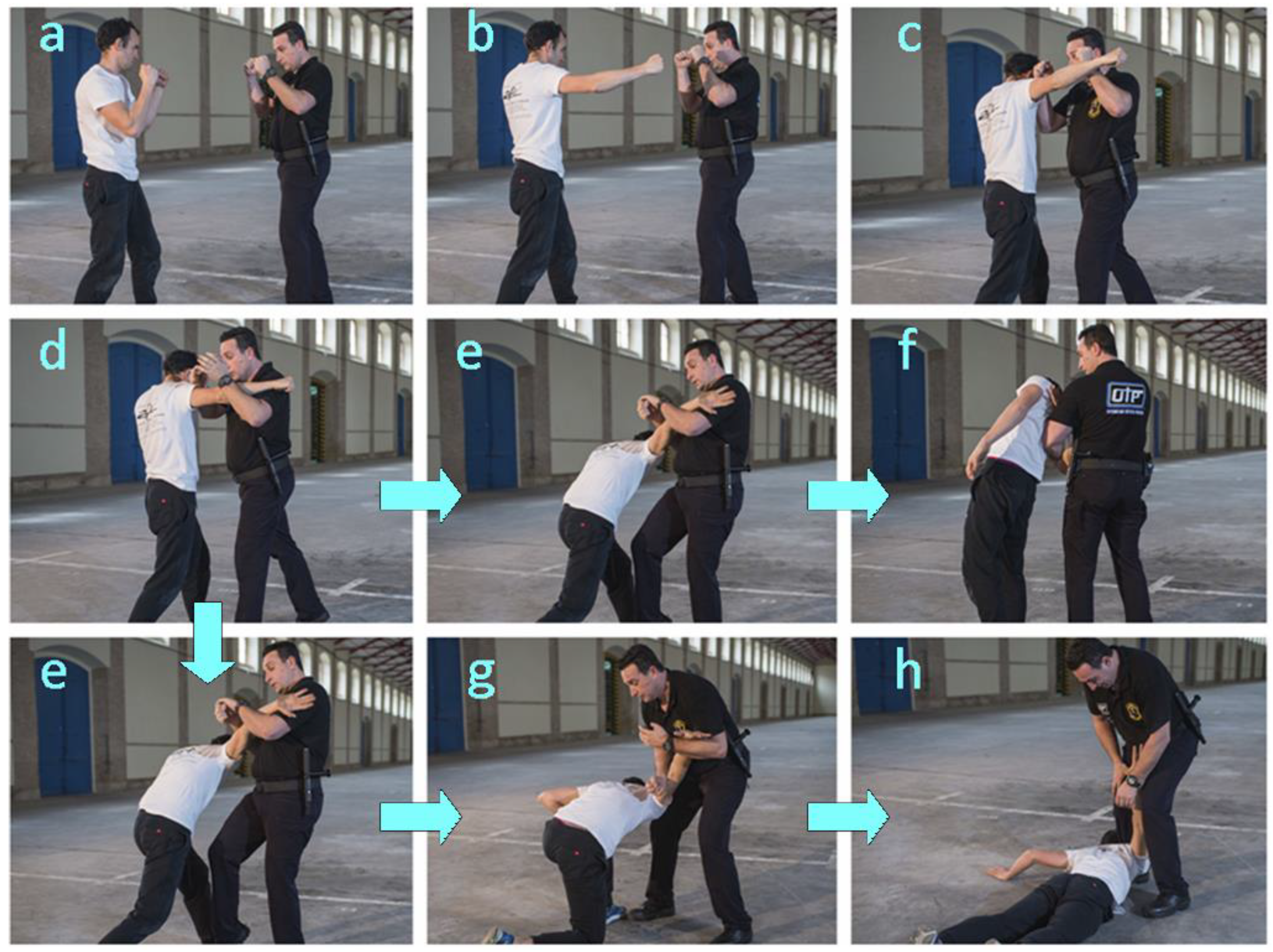 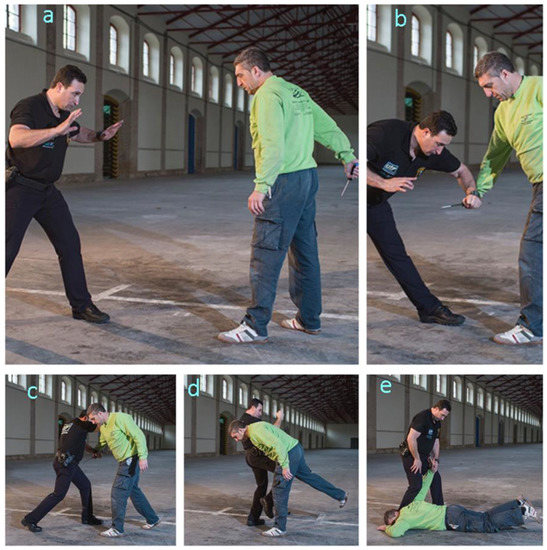 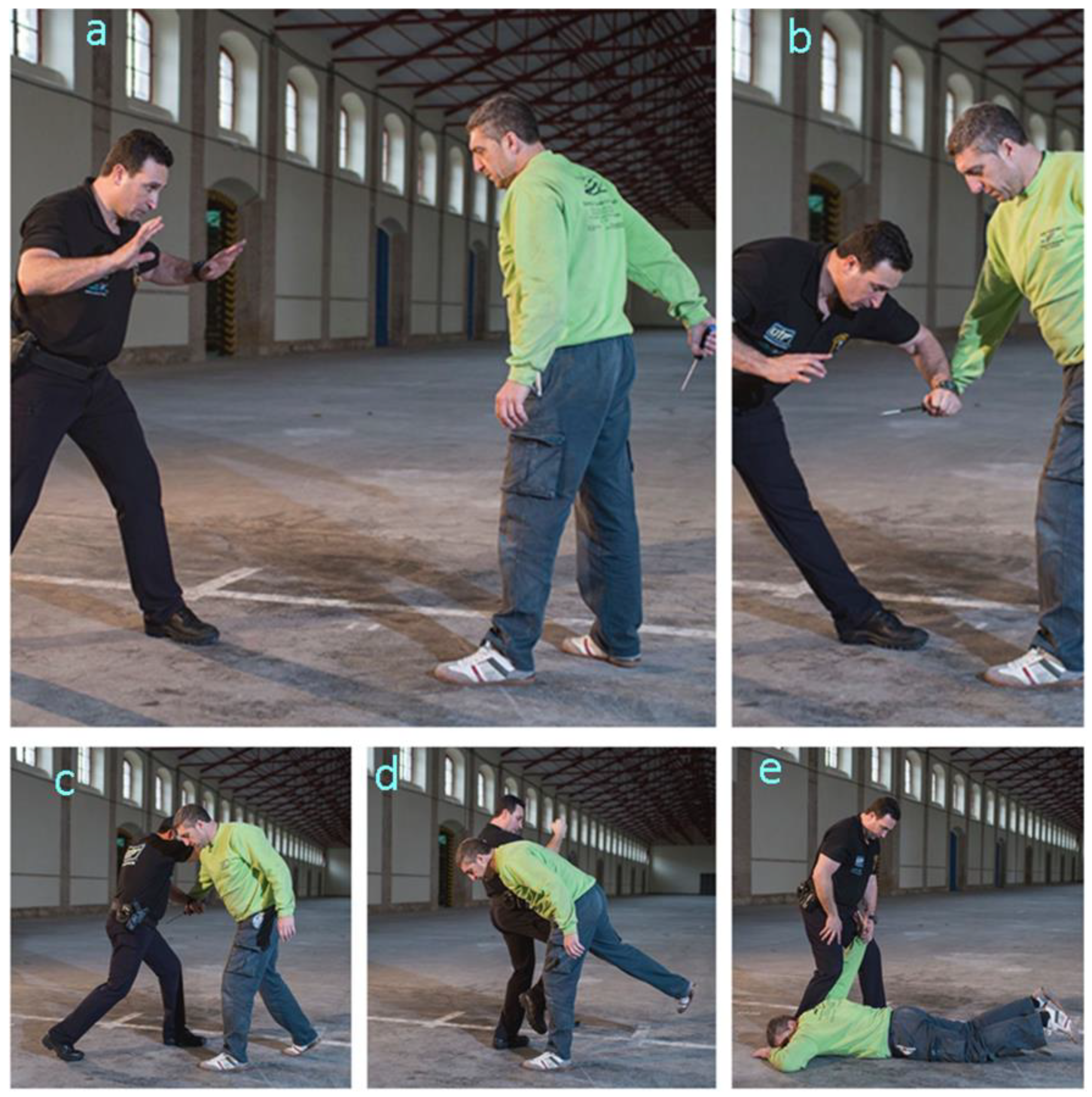 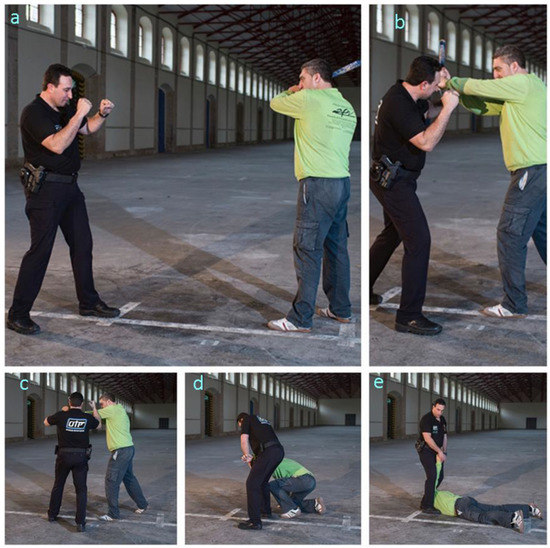