The majority of Native American adults (81%) were not at a healthy weight in 2008 [1] compared to 34% of the United States (US) general population [2], and 25% of Native American adults live at the poverty level compared to 13% of the total US population [3]. Native Americans have the highest prevalence of diabetes of any racial/ethnic group in the US [4]. These increased obesity and diabetes rates among Native Americans have occurred alongside a “nutrition transition” from traditional foods; typically from diets that were high in fiber and lean meats and daily life that was highly active, to one that is increasingly dependent on processed foods high in sugar, fat, and meat products and highly sedentary [5,6]. Reducing health disparities and advancing health equity for Native Americans requires intensive efforts to address the social determinants of health. The Healthy People 2020 Approach to Social Determinants of Health summarizes five areas for health promotion: economic stability, education, social and community context, health and health care, and neighborhood and built environment [7].
Previous research has shown mixed results in describing the association between the local food environment and obesity, with most studies finding no association [8]. However, few studies have rigorously explored the local food environment and obesity among Native American Nations, who endured significant land loss as a result of the Indian Removal Act of 1830 [9]. Existing research suggests that the majority of Native American reservations can be characterized as having low access to healthy foods [10]. That is, 77% of tribal households lived more than one mile from a supermarket, compared to 41% of all US households [10]. A mixed methods study examining Native American food environments in California found that there were significantly less healthy food outlets on or near reservations and that tribal members experienced many barriers in getting healthy food [11]. Previous research has demonstrated that convenience stores are the most common food outlet on reservations and that healthy foods are less available [12,13] and more expensive on-reservation compared to off-reservation [12]. Greater reliance on convenience stores and gas stations as primary food sources limits healthy food and beverage options [14] and has been associated with a greater prevalence of both obesity and diabetes [15].
Another important but understudied facet of Native American household food environments is the United States Department of Agriculture (USDA) Food Distribution Program for Indian Reservations (FDPIR), which provides food assistance to 276 rural Native American Nations and to an average of 90,083 Native Americans each month who may not have access to the USDA Supplemental Nutrition Assistance Program (SNAP) and to the USDA Special Supplemental Nutrition Program for Women, Infants, and Children (WIC) authorized retailers [16].
Nonetheless, reliance on food store access or federal food and nutrition assistance participation data alone provides an incomplete assessment of Native American food environments on-reservation, given that traditional food systems are used and valued part of Nations’ cultural identities [14]. A literature review of food environment measures by McKinnon et al. highlighted the need for statistical methods to describe the complex food environments of low-income, rural, and minority populations [17]. This study aims to address these knowledge gaps by describing patterns of perceived household food environments of diverse Native American communities. We hypothesized that individuals within the participating Native American communities would be comprised of multiple homogeneous and distinct subgroups, characterized by different patterns of access to and use of household food environment indicators. We aimed to further describe these subgroups by comparing the distribution of sociodemographic variables and hypothesized that the subpopulations underlying these subgroups would have different body mass index (BMI) distributions.

For the household food environment, a two-class model was found to be the appropriate number of classes for subsequent analyses (Table 1). The two-class model had a marked reduction in the number of patterns with extreme standardized residuals compared to a one-class model. While the LMR and BLRT both indicated a significantly better fit for the three-class versus a two-class model, three- and four-class models were ruled out based on a lack of substantial decrease in the number of patterns with extreme standardized residuals and reduced precision compared to a more parsimonious two-class model. Therefore, we concluded that the household food environment was comprised of two homogeneous and distinct subgroups.

Several sensitivity analyses were conducted to establish the stability of the identified classes. First, we verified that the frequencies of patterns with extreme standardized residuals (>±1.96) were rare (represented <1% of the data sample). Second, we independently tested the associations of indicators on which classes were not well distinguished with BMI. Third, we assessed BMI variation in a three-class model and found that this was not significant. Fourth, we assessed the generalizability of findings across the three study communities. Comparable class distributions were found in the individual communities as in the overall sample.

This research was funded by the National Heart, Lung, and Blood Institute (R01HL122150; J. Gittelsohn).

Due to the data use agreements with participating communities and respect for tribal sovereignty, we are unable to make data directly available to readers. All data requests would need to be approved by relevant tribal authorities prior to distribution of deidentified data. 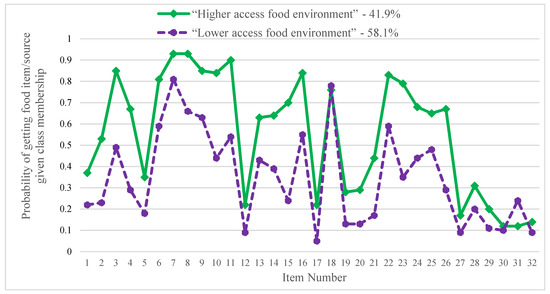 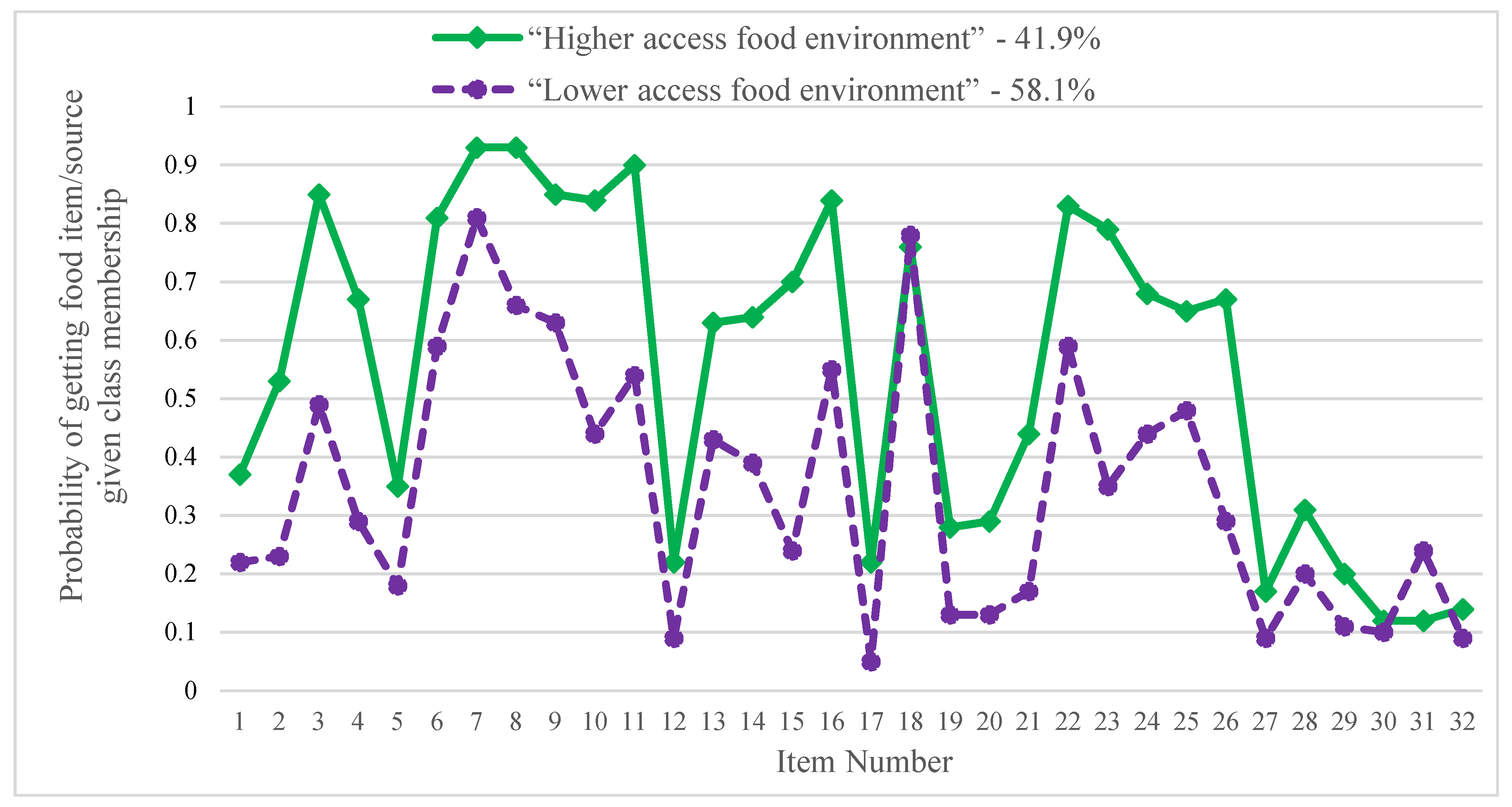