Environmental Practices in Firms Located in Underpopulated Rural Areas in Spain: The Case of the Province of Teruel
Previous Article in Journal

Relationship between Land Use/Land-Use Change and Human Health in Australia: A Scoping Study

Inflammation is a hallmark feature of atherogenesis. Experimental studies demonstrated the importance of innate immunity and the network of pro- and anti-inflammatory cytokines and growth factors in the formation and progression of atherosclerotic lesions within the arterial wall. This, in turn, results in systemic milieu that facilitate atherothrombotic events [1]. The generation of excess reactive oxygen species resulting from oxidative stress emerged as a critical element in the common pathway, leading to vascular injury and subsequently to atherosclerosis [2]. Reduced glutathione (GSH) is a small water-soluble tripeptide present in small quantities and one of the most important non-protein antioxidants in human cells. GSH protects by both directly scavenging oxidants and serving as the reductant for GSH-dependent antioxidant enzymes, such as glutathione peroxidase and glutathione reductase [3]. Attenuated GSH concentrations were implicated in the development of subclinical atherosclerosis [4]. Gamma glutamyltransferase (GGT) is a ubiquitous cell surface enzyme that cleaves extracellular glutathione (GSH). It increases the availability of amino acids, primarily cysteine, for intracellular GSH synthesis and has a pivotal role in maintaining GSH homeostasis and defense against oxidative stress. Measurement of serum GGT activity is widely used for the diagnosis of liver and obstructive biliary diseases and as an indicator of alcohol consumption [5]. Epidemiological studies suggest an association between GGT and coronary artery disease (CAD), a wide variety of cardiometabolic risk factors, e.g., hyperlipidemia, hypertension, diabetes, metabolic syndrome, systemic inflammation, and oxidative stress among others [5,6,7]. Studies demonstrated the presence of catalytically active GGT in atherosclerotic plaques and a correlation between GGT activity and indices of plaque instability, thereby suggesting direct involvement in the pathophysiology of atherosclerosis and related clinical events via promotion of pro-oxidant reactions by the enzyme [5,8,9].
Low and very low levels of vitamin D are very common in society worldwide [10]. Actually, serum 25-hydroxyvitamin D (25(OH)D) levels best indicate body vitamin D status, as they both manifest the dietary intake and cutaneous synthesis of vitamin D [11]. Its main function is to regulate bone metabolism and mineral homeostasis. Notwithstanding, many observational studies showed the association between vitamin D deficiency and risk of various cardiovascular disease (e.g., CAD, myocardial infarction, hypertension, heart failure, among others), but the biological mechanism of the causality remains to be elucidated [12,13,14,15].
Whilst many studies have been carried out on the association between liver conditions and vitamin D [16], no previous study has investigated the association between vitamin D status and GGT in patients with stable CAD. Given the paucity of evidence on the link between vitamin D status and GGT, we sought to obtain data which may help to address these research gaps. Therefore, we investigated the cross-sectional associations between vitamin D status as assessed by serum 25(OH)D and GGT.

The study was approved by the bioethics board at the Medical University of Silesia. It conforms to the Declaration of Helsinki. Seventy-eight patients with stable CAD were enrolled in an out-patient cardiology clinic. Detailed inclusion and exclusion criteria were previously published [17]. Stable CAD was defined as a history of documented myocardial infarction, prior coronary revascularization, chest pain with documented myocardial ischemia. Exclusion criteria included, among others, history of acute coronary syndrome within 12 months prior to enrollment or previous percutaneous and/or surgical revascularization within 12 months prior to enrollment, use of vitamin D/multivitamin/calcium supplements within 12 months prior to enrollment, cancer, chronic kidney disease—stage 3 or higher, uncontrolled thyroid dysfunction, liver dysfunction (including viral hepatitis, cholestatic jaundice with bilirubin concentration >1.5 mg/dL and/or alkaline phosphatase over the upper limit of normal; alanine transaminase (ALT) and aspartate aminotransferase (AST) over the upper limit of normal), calcium metabolic disorders, hormone replacement therapy, coexisting autoimmune disorders, acute infectious disease, chronic inflammatory disease, glucocorticoids and/or androgens therapy, and lack of patient consent to participate [17]. Arterial hypertension, hyperlipidemia, and diabetes mellitus were evaluated based on previous diagnosis according to medical records made according to the available guidelines [18,19,20].
Given seasonal variations in serum 25(OH)D concentrations, all blood samples were collected in the spring season. Venous blood samples were collected between 8–9 AM and separated by centrifugation at 4 °C, 1800× g for 15 min. Samples were then stored at −80 °C until further analysis. Serum 25-hydroxyvitamin D (25(OH)D) measurements were carried out using a commercial kit—Architect (Abbott Diagnostics, Lake Forest, IL, USA) 25OH Vitamin D chemiluminescence microparticle immunoassay (CMIA) in duplicate. Assay range was determined as 3.4–156.0 ng/mL. Measurements for each patient were made with the same kit to avoid inter-kit variability. The intra-assay coefficient of variation (% CV) was 2.7%, the inter-assay % CV was 3.5%. Precision error was <8% [17]. The test was standardized according to the Reference Measurement Procedure of the US National Institute of Standards and Technology. Serum 25(OH)D concentrations below 10 ng/mL were regarded as severe deficiency, those between 10–20 ng/mL were regarded as deficiency, and concentrations between 20–30 ng/mL were classified as insufficiency [21].
Serum GGT was measured through an enzymatic colorimetric assay using a COBAS INTEGRA 400 plus analyzer (Roche Diagnostics, GmbH, Mannheim, Germany). The minimum detectable threshold was 3 U/L and the measurement range was 3–1200 U/L. The intra-assay coefficient of variation (CV) was 1.5% and the inter-assay CV was 1.4%. The normal values considered for GGT were: 10–50 U/L in men and 10–38 U/L in women [22].
In total, 169 patients with stable CAD were enrolled. Based on serum 25(OH)D status, the study population wad divided into three groups [23]: group 1—25(OH)D concentration of less than 10 ng/mL (n = 59), group 2—25(OH)D concentration of 10–20 ng/mL (n = 82), and group 3—25(OH)D concentration of more than 20 ng/mL (n = 28). Based on a cut-off GGT value identified in the ROC analysis, we also divided the study population to compare the following groups: GGT ≤ 19 (n = 66) and GGT >19 (n = 103).

Quantitative data are presented as medians and interquartile ranges (lower and upper quartiles) as most of the data (all but two) had a distribution other than normal. Qualitative data are presented as frequencies. The Shapiro–Wilk test was used to determine whether a random sample was normally distributed. Kruskal–Wallis ANOVA was used to test the differences between the three groups. The Chi-square test with Yates’ correction and Fisher’s exact test were used to compare categorical variables. Quantitative variables in the GGT ≤ 19 vs. GGT >19 analysis were compared using U Mann–Whitney test. The relationship between vitamin D and GGT was evaluated by Spearman’s rank correlation coefficient. A receiver operating characteristic (ROC) analysis was performed to assess the ability of GGT to predict 25(OH)D deficiency (defined as 25(OH)D concentration less than 20 ng/mL). Multivariate logistic regression models were chosen to evaluate the associations between GGT and 25[OH]D deficiency/insufficiency. Model 1 was adjusted for known risk factors linked to 25[OH]D deficiency/insufficiency (age, sex, weight, and waist circumference). Model 2 was further adjusted for variables with significant differences between the three groups (age, sex, weight, waist circumference, serum albumin, neutrophil count, ALT, and serum bilirubin).

Baseline and clinical characteristics were similar irrespective of vitamin D status (Table 1).
GGT activity was the highest in the vitamin D severely deficient patients and the lowest in the vitamin D insufficient patients. Other laboratory results were similar (Table 2), except for albumin and neutrophil count, which were the highest in Group 3, and GGT, which was the lowest in Group 3.
GGT was inversely correlated with 25(OH)D concentrations (R = −0.23; p = 0.002). Moreover, GGT was inversely correlated with HDL cholesterol and lymphocyte count and positively correlated with white blood count and neutrophil count (Table 3).
The receiver operating characteristics curve identified the discrimination threshold of GGT of more than 19 U/L in predicting vitamin D deficiency (Table 4).
This cut-off had a high positive predictive value (PPV 88%). Subanalysis of the study population based on this cut-off showed higher leukocyte and neutrophil counts and lower 25(OH)D concentration in patients with GGT in the upper range of normal (Table 5).
In addition, the rate of more severe forms of vitamin D deficiency was more prevalent in patients with GGT greater than 19 U/L. With advancing age, a significant increase in GGT levels and decline in 25(OH)D levels were observed (Figure 1).
Further analysis demonstrated a significant decline in the 25(OD)-to-GGT ratio (Figure 2).
GTT proved to be associated with the risk of 25[OH]D deficiency/insufficiency in unadjusted and adjusted models (Table 6).

Our study needs to be viewed in light of its limitations. Given the cross-sectional study design, the analyses do not provide information about the possible causality of vitamin D deficiency and elevated GGT. The observational nature of the study cannot exclude a possible effect of any unmeasured factors on the observed associations. In addition, there is a seasonal change in 25(OH)D concentration; however, we avoided this problem by enrolling all patients in the spring season. Lower 25(OH)D concentrations during the winter season arise from less sun exposure and lower amounts of UV-B radiation reaching the skin, resulting in lower cutaneous vitamin D3 synthesis. More importantly, despite these limitations, we applied a strict set of exclusion criteria to obtain a homogenous population with respect to conditions and medical therapy that may have influenced GGT values and 25(OH)D concentrations; however, we did not screen for NAFLD. Finally, the relatively small number of patients enrolled might have rendered some differences insignificant. Further large-scale prospective cohort studies are warranted in the field of vitamin D and GGT. Intervention trials with vitamin D supplementation could perhaps provide more evidence on the causality of 25(OH)D and GGT levels. 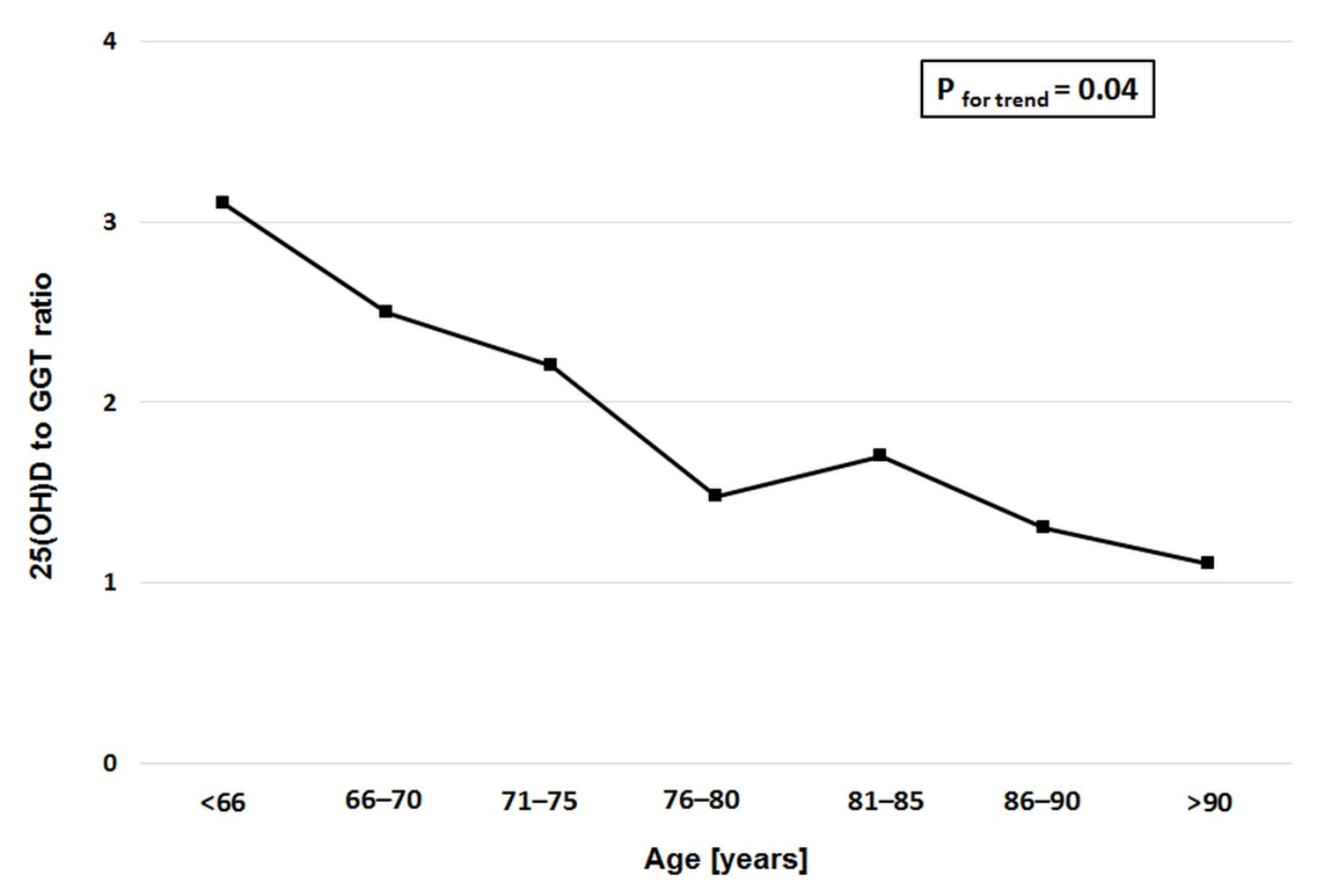 Table 6. GGT and the risk of 25[OH]D deficiency/insufficiency.
Table 6. GGT and the risk of 25[OH]D deficiency/insufficiency.
ALT—Alanine aminotransferase, GGT—gamma glutamyltransferase
© 2020 by the authors. Licensee MDPI, Basel, Switzerland. This article is an open access article distributed under the terms and conditions of the Creative Commons Attribution (CC BY) license (http://creativecommons.org/licenses/by/4.0/).
We use cookies on our website to ensure you get the best experience. Read more about our cookies here.
Accept
We have just recently launched a new version of our website. Help us to further improve by taking part in this short 5 minute survey here. here.
Never show this again