Scabies and pediculosis are parasitic dermatoses caused by mites (Sarcoptes scabiei var. hominis) and insects (Pediculus humanus), respectively (Figure 1). These parasitic infections are some of the major public health problems not only in low and middle-income countries but also in highly developed ones [1,2,3,4,5,6]. The risk of parasite transmission is especially high in non-medical public and private facilities (e.g., long-term care facilities, hospitals, adult day care centres, schools, military facilities, and prisons). These facilities provide a special environment for parasite transmission, fostering frequent, close, and often intimate human-to-human contacts between residents. Factors that promote person-to-person transmission include close living quarters; a poor level of self-hygiene; sharing of fomites, e.g., combs and head gear; and sometimes a depressed mental state of residents [7]. High patient-to-staff ratios, high staff turnover, and inadequate implementation of infection control policies are challenges to the control of infections in non-medical public and private facilities [8,9]. In some countries (including Poland), reporting of scabies or pediculosis infection to local sanitary-epidemiological stations is not mandatory according to the law. Thus, the real scale of these parasitic infections is hard to assess. Previous studies estimated the prevalence of head lice around the globe in a range of 0.7–61.4% [10]. The overall worldwide prevalence of S. scabiei var. hominis infection ranges from 0.2% to 71.4% [11]. In highly developed countries, scabies infection occurs mainly in institutional settings such as hospitals, nursing houses, and prisons [8,12]. It is believed that confinement conditions favour the spread of ectoparasites, which necessitates rigorous hygienic control in penitentiary institutions. The aim of this study was to assess the prevalence of P. humanus and S. scabiei var. hominis infestation in confinement conditions under constant medical supervision in a period when reporting these parasitoses was no longer mandatory.

The analysis of the prevalence of scabies and pediculosis in individuals residing in confinement conditions in Poland was based on epidemiological data collected in prisons both at the national and regional level (Figure 2). In these institutions, the ectoparasitoses are registered in compliance with internal procedures despite the lack of a statutory obligation to report their occurrence. Data on the prevalence of scabies (2001–2015) and pediculosis (2008–2015) in Polish prisoners were provided by the Central Board of Prison Service, while the information for the period between 2010 and 2015 in the Lublin Province was obtained from the District Inspectorate of the Prison Service in Lublin. The information on the number of passes granted to prisoners in 2001–2015 was taken from the Annual Statistical Information published online by the Ministry of Justice and the Central Board of the Prison Service. The constant monitoring of the statistics of pediculosis and scabies in penitentiary institutions imposed by the internal regulations of the prison service provides reliable information on the prevalence of these parasitoses in prisoners.
The data sets prepared by prison staff do not differentiate between pediculosis capitis and pediculosis corporis and include both invasions caused by Pediculus humanus capitis and Pediculus humanus corporis. Since our study was retrospective and non-invasive and all data were anonymous, no Ethics Committee approval was required.

Analysis of the data was performed using statistical package PQStat ver. 1.4.2.324 (PQStat Software, Poznań, Poland). The correlation between the number of imprisoned individuals and scabies and pediculosis cases in the study period was analysed by estimation of Spearman’s rank correlation coefficient (rs). Probability was considered significant at p < 0.05 and highly significant at p < 0.01. At the national level, the correlation between the number of periodic passes granted to prisoners and the number of reported cases of scabies and pediculosis among prisoners was examined using the Pearson correlation coefficient.

Monitoring prisoners’ health facilitates instantaneous response to emerging cases of scabies and pediculosis, thereby contributing to limitation of their prevalence in these facilities. However, despite constant medical supervision, these parasitoses still occur in confinement conditions. In order to minimise the problem, additional tools in the form of health education should be considered to address this major public health issue.

We acknowledge the help from the Directors of Central Board of Prison Service and District Inspectorate of the Prison Service in Lublin who have provided us with data for the scientific analysis. 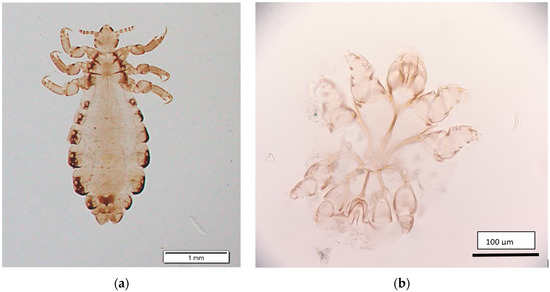