Living Conditions of Adolescents Who Have Attempted Suicide in Mexico

Sleep disorders are common problem nowadays. Modern society, characterized by widespread electricity use, modern technology, shift work, prolonged commute times and social activities, has significantly changed our sleep patterns [1,2]. The average self-reported sleep duration has decreased from over 8 hours in the 1960s to 6.5 h in 2012 [3]. Problems with sleeping affect more frequent the elderly. Word Health Organization recognizes the beginning of old age at the age of 60 [4]. However, the United Nations and most developed world countries have accepted the chronological age of 65 years as a definition of elderly [5].
Elderly patients often present primary sleep disorders such as sleep apnea syndrome, restless legs syndrome, and rapid eye movement [6]. In addition to primary sleep disorders, it is well known that there are many factors responsible for worsening quality of sleep in the elderly, including aging, chronic diseases, medications, and bad sleep habits [7]. It is believed that stimulants and environmental factors can also disturb the quality of sleep [8,9]. Sleep problems have serious consequences and lead to abnormal physical, mental, social, and emotional functioning [10].
Epidemiological data suggest that the prevalence of various sleep disorders in the general population ranges from 0.047% to 50.5%, being the highest in the elderly [11,12]. Studies reported the presence of sleep disorders in diabetic patients is higher, ranged approximately between 50–70% [13]. The estimated number of people over 65 years of age with diabetes worldwide is 111 million, and it is raising [14].
Patients suffering from Type 2 diabetes mellitus (T2DM) exhibit phenotype features predisposing to deterioration of sleep such as insulin resistance related obesity [15] and sleep disordered breathing [16], peripheral neuropathy [17], restless leg syndrome [18], and nocturnal hypoglycemia [19].
The growing number of medical evidences indicate that the abnormal quantity and poor quality of sleep have a negative impact on glucose metabolism [20,21]. Clinical observations indicate that diabetes, both Type 1 and Type 2 favor sleep disorders and insomnia [22,23]. What is more, diabetes related sleep disorders have a negative impact on glycemic control [24,25] and increase the risk of developing chronic diabetic complications [26,27]. The studies conducted in patients with T2DM have shown that the abnormal duration of sleep, both too short and too long (U-curve relationship), increase the risk of cardiovascular events and death for any reason [28,29,30]. Furthermore, diabetic complications both micro- and macroangiopathic have negative impact on the quality and quantity of sleep [31,32].
It has been suggested that there is association between sleep quality and the type of older generation of hypoglycemic drugs. Barakat et al. found that poor sleep quality in patients with T2DM is significantly associated with insulin use [33]. In turn, Kajbaf et al. reported that metformin therapy in patients with T2DM is related to longer sleep duration and better sleep efficiency. There is limited evidence connected to newer antidiabetic drugs and sleep quality in patients with T2DM [34].
Although sleep abnormalities are receiving plenty of attention, there is relatively little data regarding the association between anthropometric characteristics, biochemical parameters, chronic T2DM complications, and sleep disorders. Therefore, the purpose of this study was to characterize the phenotype of T2DM patients with poor sleep quality.

The study protocol was approved by the Bioethics Committee of the Medical University of Lodz (decision no. RN/106/13/KE). The study was performed in accordance with all relevant ethical principles of the Declaration of Helsinki. All patients provided written informed consent to participate in the study.
An observational, cross-sectional study was conducted between May 2013 and August 2015, in the Department of Internal Medicine, Diabetology, and Clinical Pharmacology Medical University of Lodz, Poland. The study enrolled 160 consecutive hospitalized patients with T2DM: 74 women and 86 men, with a median age of 69.50 years (59.00; 79.50 years). All participants were ethnic homogenic, namely representatives of Caucasian from region of Lodz in Poland. The inclusion criteria for the study were as follows: the age over 18 and T2DM diagnosed on the basis of medical history and/or taking hypoglycemic medications. Exclusion criteria were primary sleep disorders (insomnia, sleep-related breathing disorders such as obstructive sleep apnea syndrome, hypersomnia, disturbances of the circadian rhythm, parasomnia, movement disorders related to sleep such as restless legs syndrome), psychiatric disorders (as well as drugs used to treat depression, epilepsy, and psychotic disorders), somatic diseases (common in patients with T2DM and that could interfere with quality of sleep and glucose control parameters such as thyroid disorders, anemia, and iron deficiency), and limited verbal-logical contact to understand or provide informed written consent. According to the design of study all patients, who received and completed the Pittsburgh Sleep Quality Index (PSQI) questionnaire were divided into two groups: good (sound) and poor sleepers in depending on the PSQI result. Medical history, including information on duration of the T2DM and its complications was taken from each patient. A thorough physical examination was also carried out. Each patient was subjected to an ophthalmologic examination for the presence of diabetic changes in the retina. A neurological examination was performed in order to confirm or rule out peripheral neuropathy based on the Neuropathy Disability Score (NDS).

2.2. Evaluation of the Quality of Sleep

The patients were asked to answer the questions contained in the Pittsburgh Sleep Quality Index (PSQI) questionnaire. It consisted of nineteen individual items, creating seven components of sleep and one global score. The total score possible to obtain ranged from 0 to 21 points. If the sum of points was ≤ 5, the quality of sleep was defined as good. However, the value exceeding 5 points indicated the poor quality of sleep. The reliability of the Pittsburgh Sleep Quality Index (PSQI) scale is recognized as satisfactory with Cronbach’s alpha of 0.83 for the total score. Test–retest reliability is considered as sufficient. The validity of PSQI has been described with a sensitivity of 89.6% and a specificity of 86.5% of patients versus control subjects [38].

Quantitative variables were expressed as mean and standard deviation in the case of normal distribution or as median and the first (Q1) and third (Q3) quartiles in the case of non-normal distribution. Categorical variables were demonstrated as the number of observations with a given variant (n) and the corresponding percentage (structure indicator) for each variable category. Distribution of quantitative variables was assessed by the Shapiro–Wilk test. To compare the values of quantitative variables, the following tests were used: the Student’s t-test for normal distribution of the variables tested; the Levene’s test for homogeneity of variance; and the non-parametric U Mann–Whitney test with correction for rank for non-normal distribution of even one variable. Due to the large sample size, the Z statistic was used. To examine differences between proportions for independent groups, the Z test was used [39].
To measure the effect size, we used Cohen’s d (d). d < 0.2 meant no effect size, d ≥ 0.2 was a “small” effect size, d ≥ 0.5 represented a “medium” effect size and d ≥ 0.8 a “large” effect size [40].
Multivariate analysis of clinical and biochemical parameters was performed using logistic regression analysis. The backward elimination method was used to select predictive variables. The linear nature of dependence between included variable and each predictor was checked using the Likelihood Ratio test (LR test). The goodness of fit was evaluated by the LR test and the Hosmer–Lemeshow test. The significance of logistic coefficients was examined with the Wald’s test. The model prediction quality was evaluated by the ten-fold cross-validation method and the subsequent Receiver Operating Characteristic (ROC) curve with an Area Under the Curve (AUC) as a quality index. The analyses were conducted using the STATISTICA PL v. 7.1. statistical package (Statsoft, Tulsa, OK, USA) and PQSTAT (PQSTAT Software Company, Poznan, Poland). The p value less than 0.05 was considered statistically significant.

Although, we assessed a wide range of patients’ characteristics, age had the most negative impact on the quality of sleep in patients with T2DM similarly to general population. We also found, that the longer duration of diabetes, female gender, lower level of FPG, HbA1c GFR, and TG, as well as WHR and presence of nephropathy, were significantly associated with poor quality of sleep in patients with T2DM. Similar parameters, including older age, longer duration of diabetes, lower level of FPG, HbA1c, GFR, and TG affected significantly the hypnotic usage. The strongest relationship with more frequent use of hypnotics we detected in older females, with coexisting nephropathy.
In the face of a major epidemiological problem, clinicians should search for sleep problems in patients with T2DM, especially in the elderly. Further studies are needed to detect if early detection of the sleep problems and appropriate behavioral or pharmaceutical interventions could improve patients’ quality of life and diabetes treatment results.

Authors thank all patients that agreed to participate in the study and acknowledge all nursing and laboratory workers of the Central Teaching Hospital of the Medical University of Lodz for technical support in collecting and analyzing blood samples. 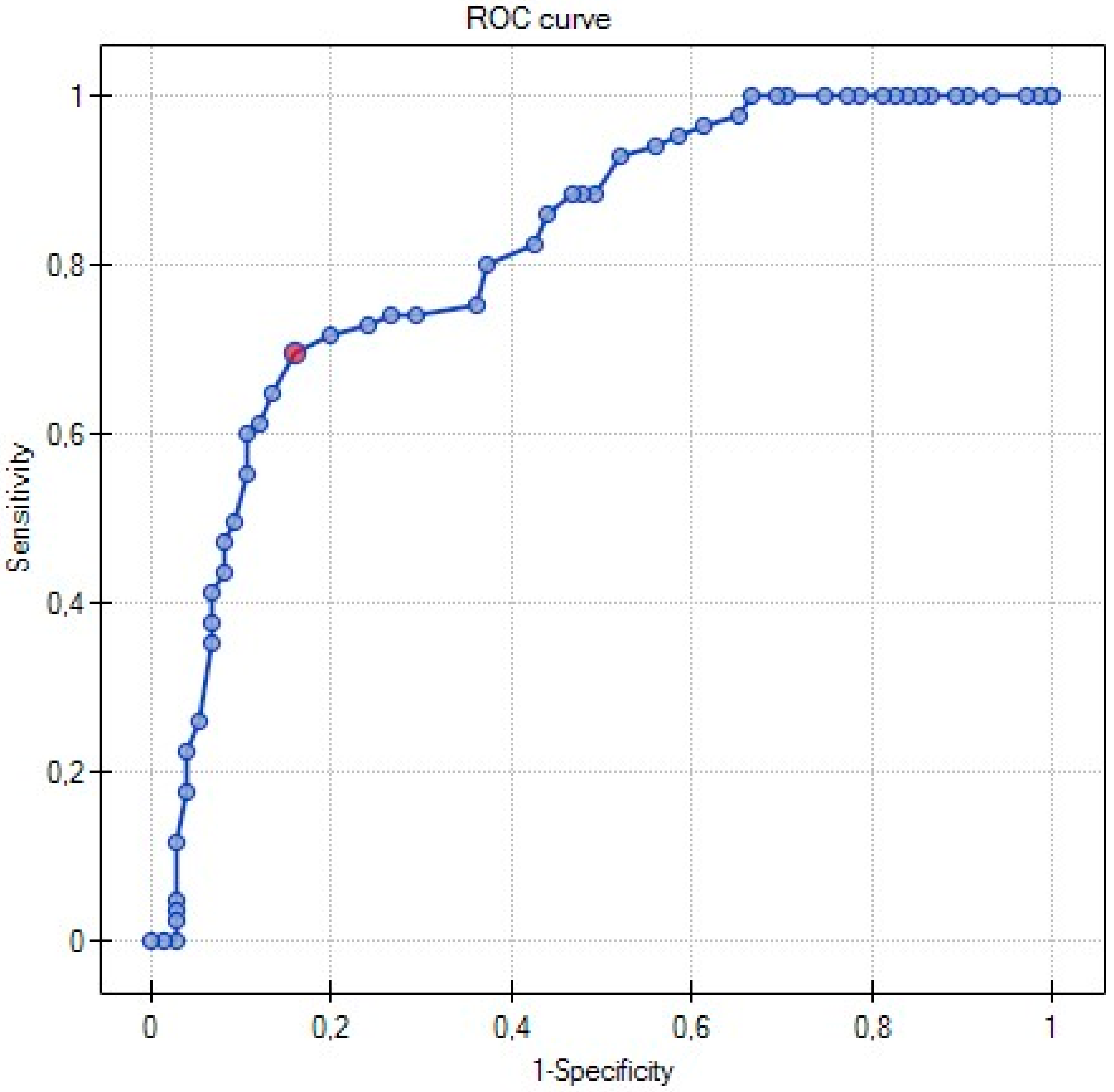