Variations of Workload Indices Prior to Injuries: A Study in Trail Runners
Previous Article in Special Issue

The Food and Nutrition Environment at Secondary Schools in the Eastern Cape, South Africa as Reported by Learners

Overweight and obesity are growing concerns in adolescents, particularly in females in South Africa. The aim of this study was to evaluate the food and nutrition environment in terms of government policy programs, nutrition education provided, and foods sold at secondary schools in the Eastern Cape province. Sixteen schools and grade 8–12 learners (N = 1360) were randomly selected from three health districts comprising poor disadvantaged communities. Based on age and sex specific body mass index (BMI) cut-off values, 13.3% of males and 5.5% of females were underweight, while 9.9% of males and 36.1% of females were overweight or obese. The main food items purchased at school were unhealthy energy-dense items such as fried flour dough balls, chocolates, candies, and crisps/chips. Nutrition knowledge scores based on the South African food-based dietary guidelines (FBDGs) were poor for 52% to 23.4% learners in Grades 8 to 12, respectively. Female learners generally had significantly higher nutrition knowledge scores compared to their male counterparts (p = 0.016). Questions poorly answered by more than 60% of learners, included the number of fruit and vegetable portions required daily, food to eat when overweight, foods containing fiber, and importance of legumes. It was noted that the majority of teachers who taught nutrition had no formal nutrition training and their responses to knowledge questions were poor indicating that they were not familiar with the FBDGs, which are part of the curriculum. Nutrition assessment as part of the Integrated School Health Program was done on few learners. Overall however, despite some challenges the government national school meal program provided meals daily to 96% of learners. In general, the school food and nutrition environment was not conducive for promoting healthy eating. View Full-Text
Keywords: obesity; adolescents; school environment; South Africa obesity; adolescents; school environment; South Africa
►▼ Show Figures 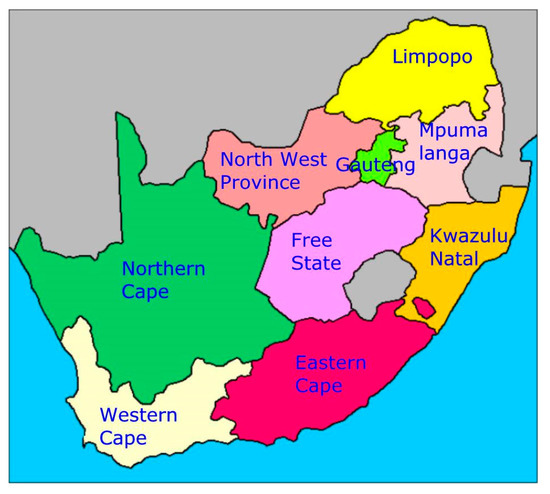