Parental Socialization and Development of Chinese Youths: A Multivariate and Comparative Approach
Next Article in Special Issue

Case Study: How Horses Helped a Teenager with Autism Make Friends and Learn How to Work
Previous Article in Journal

Evaluating the Relationship between Well-Being and Living with a Dog for People with Chronic Low Back Pain: A Feasibility Study

Global urbanization has given cause for a re-assessment of the nature and importance of the relationship between humans and domesticated animals. In densely-populated urban societies, where loneliness and alienation can be prevalent, the use of animals as human companions has taken on heightened importance. Hong Kong is the world’s most urbanised political entity, and thus provides an ideal context for the exploration of the role of animals in the provision of companionship for human beings in cities. A web-based survey with descriptive analyses, regression, and ANOVA was conducted. Six-hundred-and-forty-seven companion animal owners and 312 non-owners completed the survey that examined their socio-demographic information, companion animal ownership status, and physical-psychosocial well-being. The statistically significant findings appear to suggest that socio-demographic variables (i.e., age, gender, housing, and education level) have stronger predictive values than companion animal ownership status with respect to the well-being of people in Hong Kong. Due the unique environmental features in Hong Kong, the positive impacts of companion animal ownership on the physical well-being of owners may be limited by the city’s cramped living space and the limited number of people who own companion animals. However, results suggested that companion animals may still serve as a social lubricant between the owners and their significant others, thereby playing a heightened role significant role in enhancing general social connectedness in a metropolis. Given the importance of animals as human companions, it is suggested that relevant administrative agencies need to consider the development of policies and facilities which are conducive to both the maintenance and development of the bonds between humans and their companion animals and the physical and psychosocial health of both. View Full-Text
Keywords: human–animal interactions; companion animal ownership; human well-being; Hong Kong human–animal interactions; companion animal ownership; human well-being; Hong Kong
►▼ Show Figures 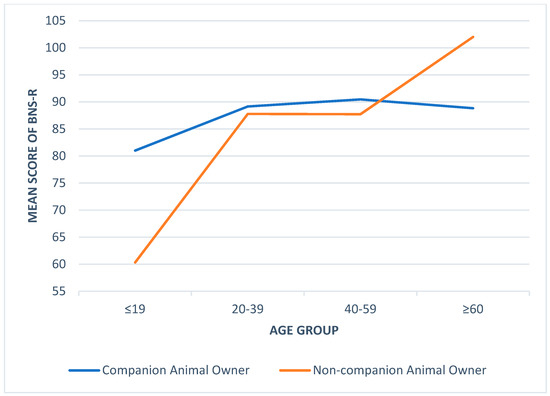