While epidemiologic studies clearly demonstrate drinking water with high levels of arsenic as a significant risk factor for lung cancer, the evidence at low levels (≤50 μg/L) is uncertain. Therefore, we have conducted an ecological analysis of recent lung cancer incidence for US counties with a groundwater supply of <50 μg/L, the historical limit for both the EPA and WHO. Data sources used included USGS for arsenic exposure, NCI for lung cancer outcome, and CDC and US Census Bureau forcovariates. Poisson log-linear models were conducted for male, female, and total populations using for exposure median county arsenic level, maximum arsenic level ≤50 μg/L, and ≥80% population groundwater dependency. Statistically significant negative associations were found in each of the six models in which the exposure was limited to those who had major exposure (≥80% dependency) to low-levels of arsenic (≤50 μg/L). This is the first large ecological study of lung cancer risk from drinking water arsenic levels that specifically examined the dose-response slope for populations whose exposure was below the historical limit of ≤50 μg/L. The models for each of the three populations (total; male; female) demonstrated an association that is both negative and statistically significant. View Full-Text
Keywords: arsenic; lung cancer; drinking water; dose-response; risk arsenic; lung cancer; drinking water; dose-response; risk
►▼ Show Figures 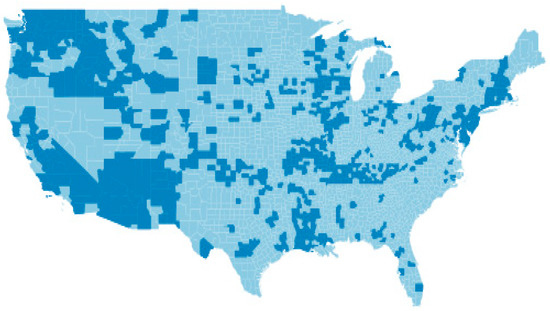