The field of technological behavioural addictions is moving towards specific problems (i.e., gaming disorder). However, more evidence of generalised versus specific Internet use-related addiction problems (generalised pathological Internet use (GPIU) vs. specific pathological Internet use (SPIU)) is still needed. This mixed methods study aimed to disentangle GPIU from SPIU. A partially mixed sequential equal status study design (QUAN→QUAL) was undertaken. First, through an online survey, which adapted the compulsive Internet use scale (CIUS) for three types of problems (i.e., generalised Internet use, and specific online gaming and social networking). Second, potential problem users’ perceptions of the evolution of these problems (aetiology, development, consequences, and factors) were ascertained, through semi-structured interviews, together with their opinion on present Internet gaming disorder (IGD) criteria adapted to each problem studied. Findings showed the CIUS remains valid and reliable for GPIU and SPIUs examined; a prevalence between 10.8% and 37.4% was estimated for potential at-risk problem gamers and Internet users, respectively, who reported their preference for maintaining their virtual lives. Half of the sample had a risk of a unique or mixed profile of these problems. Moreover, device patterns, gender, and age issues emerged, such as problem gamers being proportionally equal male and female young or middle-aged adults. GPIU was highly associated with problem social networking use, and weakly with problematic gaming, but both SPIUs were independent. Concerning addictive symptoms, salience, deception, and tolerance required redefinition, especially for SPIUs, while better-valued IGD criteria applied to GPIU and SPIUs were: Risk relationships or opportunities, give up other activities, withdrawal, and continue despite problems. Thus, although problems studied are present as risk behaviours, SPIUs seem to cover the addictive symptomatology in those categorised as potential problem users, online gaming being the most severe behavioural addiction problem. View Full-Text
Keywords: behavioural addictions; generalised versus specific problem Internet uses; Internet addiction; gaming disorder; social networking; mixed methods research behavioural addictions; generalised versus specific problem Internet uses; Internet addiction; gaming disorder; social networking; mixed methods research
►▼ Show Figures 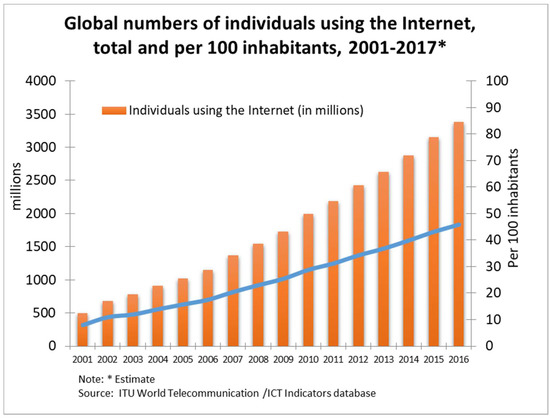