Sleep, Health and Wellness at Work: A Scoping Review
Next Article in Special Issue

Effects of Airborne Particulate Matter on Respiratory Health in a Community near a Cement Factory in Chilanga, Zambia: Results from a Panel Study
Previous Article in Special Issue

Metallic nanoparticles (NPs) differ from other metal forms with respect to their large surface to volume ratio and subsequent inherent reactivity. Each new modification to a nanoparticle alters the surface to volume ratio, fate and subsequently the toxicity of the particle. Newly-engineered NPs are commonly available only in low quantities whereas, in general, rather large amounts are needed for fate characterizations and effect studies. This challenge is especially relevant for those NPs that have low inherent toxicity combined with low bioavailability. Therefore, within our study, we developed new testing strategies that enable working with low quantities of NPs. The experimental testing method was tailor-made for NPs, whereas we also developed translational models based on different dose-metrics allowing to determine dose-response predictions for NPs. Both the experimental method and the predictive models were verified on the basis of experimental effect data collected using zebrafish embryos exposed to metallic NPs in a range of different chemical compositions and shapes. It was found that the variance in the effect data in the dose-response predictions was best explained by the minimal diameter of the NPs, whereas the data confirmed that the predictive model is widely applicable to soluble metallic NPs. The experimental and model approach developed in our study support the development of (eco)toxicity assays tailored to nano-specific features. View Full-Text
Keywords: aquatic toxicology; zebrafish embryo; translational modeling; (metallic) nanoparticles; nano-specific testing; risk assessment aquatic toxicology; zebrafish embryo; translational modeling; (metallic) nanoparticles; nano-specific testing; risk assessment
►▼ Show Figures 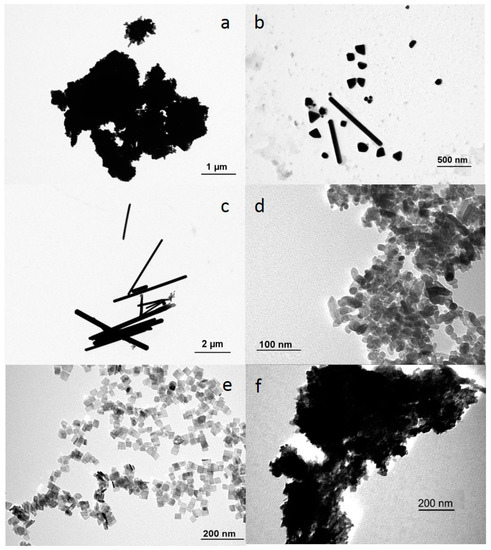