Alcohol-Related Physical Abuse of Children in the Slums of Kampala, Uganda
Next Article in Special Issue

Non-Traditional Risk Factors of Albuminuria in the Pediatric Population: A Scoping Review
Previous Article in Journal

The last decade has witnessed a steady stream of reports from all over the world about vitamin D insufficiency in the general population, even in regions with high year-round sun exposure (the so-called “Mediterranean paradox”) [1,2]. The first reports on vitamin D insufficiency appeared in the 80s of the previous century but it was not until recently that the problem gained significant attention due to the growing tendency to stay indoors, avoid sun exposure, and use of sunscreen [2,3]. Vitamin D insufficiency in pregnant women increases the risk for a complicated pregnancy course and results in fetal insufficiency [4,5].
The literature offers no consensus on the recommended vitamin D concentrations or unified diagnostic criteria. Furthermore, the official nomenclature also varies (optimal, adequate, recommended, sufficient, insufficient, intermediate, suboptimal, hypovitaminosis, deficient, medium deficient, severe deficient) [5,6,7,8], which may hinder epidemiological estimates on the global scale. In light of the ongoing debate on the optimal vitamin D concentration in pregnant women, most experts are of the opinion that the 25(OH)D concentration in maternal blood should exceed 30 ng/mL [2,8,9]. However, other authors claim that maternal concentration that fully normalizes vitamin D metabolism and calcium homeostasis is at least 40 ng/mL [10], and still others that >20 ng/mL is necessary to prevent vitamin D deficiency in the newborn [11].
As dietary sources of vitamin D have failed to meet the recommended levels for years [12,13], vitamin D concentration is in fact enhanced by supplementation and exposure to sunlight [2,5]. In consequence, season of the year, geographic location and lifestyle have become the key factors as far as sources of vitamin D are concerned. The aim of the study was to evaluate maternal and umbilical cord blood vitamin D concentrations and determine the extent to which the season of the year (summer) improves these levels in Poland.

The study was conducted among 100 participants at the Department of Obstetrics, Gynecology and Oncology, Medical University of Warsaw. The subjects were divided into two subgroups—group 1: “winter” (n = 50), including women who delivered between December and February, and group 2: “summer” (n = 50), consisting of women who gave birth between July and August. The pair-matching technique for the summer and winter groups was not used in our study. The sample size was determined using the mean number of women who delivered at the Clinic during one month. The study included women who presented at the hospital on weekdays, in the morning. The exclusion criteria were the following: non-Polish nationality, multiple gestation, advanced stage of the delivery, chronic maternal diseases before pregnancy, and threatened course of labor. After informed consent was obtained, maternal blood was drawn, followed by cord blood at delivery, to form a “mother-infant blood set”. The Ethics Committee of the Institute of Food and Nutrition approved of the study (Code 10/162/KB/2014).

Total 25(OH)D concentration was measured in the blood using immunological tests (LIAISON). The lower detection threshold for vitamin D is 4.0 ng/mL. Vitamin D consumption was evaluated on the basis of the frequency of the consumption of main dietary sources (fish, eggs, milk, and margarine —obligatorily supplemented with vitamin D in Poland), and supplements of vitamin D. A Food Frequency Questionnaire, validated at the Institute of Food and Nutrition, was used to assess the quantity of food consumed by the subjects. In order to precisely evaluate portion size, direct interviewing (face-to-face) and the “Photo Album of Meals and Products” were used for data collection. The questionnaire also included data on patient lifestyle (e.g., smoking, outdoor activity between 10:00 a.m. and 3:00 p.m., tendency to avoid the sun, use of sunscreen), weight gain during pregnancy, and sociological data. Maternal characteristics are presented in Table 1. The content of vitamin D in vitamin/mineral supplements for pregnant women, as well as single-component vitamin D preparations, was estimated on the basis of our earlier analysis [14]. The following criteria of maternal serum 25(OH)D concentration were used: recommended level >30 ng/mL, insufficiency 20–30 ng/mL, deficiency <20 ng/mL [3,6,7,8]. As for umbilical cord blood, ≥20 ng/mL was the recommended level and lower values signified vitamin D deficiency [15,16].

Mean umbilical cord blood vitamin D concentration was 27.0 ± 11.1 ng/mL, and was lower among neonates born in winter as compared to summer (22.7 ± 11.2 ng/mL vs. 31.3 ± 9.4 ng/mL, respectively) (p < 0.0001). Multivariate regression analysis revealed the mean season-related difference to be 9.6 ng/mL (95% CI = [5.31, 13.87]) (p < 0.0001). Similarly to the maternal values, differences in the distribution structure for vitamin D concentration between the neonatal groups were observed (Pr = 0.026). In the winter group, deficiency (<20 ng/mL) was detected in 38% of the infants, while in the summer group the number was lower by half. Overall, vitamin D deficiency was found in >25% of the neonates (Figure 1). No differences in umbilical cord blood vitamin D concentration were found with regard to gender.

On the basis of the findings of our study, conducted among Polish pregnant women, it seems safe to conclude that significantly low levels of vitamin D concentration among pregnant women in Poland may in fact be a common occurrence. During the summer season, even despite visible improvement, a large group of women still remains at risk for vitamin D deficiency. However, the conclusions about neonates are more favorable due to both, higher umbilical cord blood levels as compared to maternal concentration and a lower criterion of normal vitamin D levels for fetuses (by 10 ng/mL). In our study, we found that the lowest maternal vitamin D level should be ≥15.3 ng/mL in order to meet the demands of the fetus. However, that level does not apply to the overall effect of vitamin D on the course of pregnancy and maternal health.

The authors wish to express their sincere gratitude to the management and personnel of Zakład Diagnostyki Laboratoryjnej, Mazowiecki Szpital Bródnowski, Warsaw, for their invaluable help and assistance. 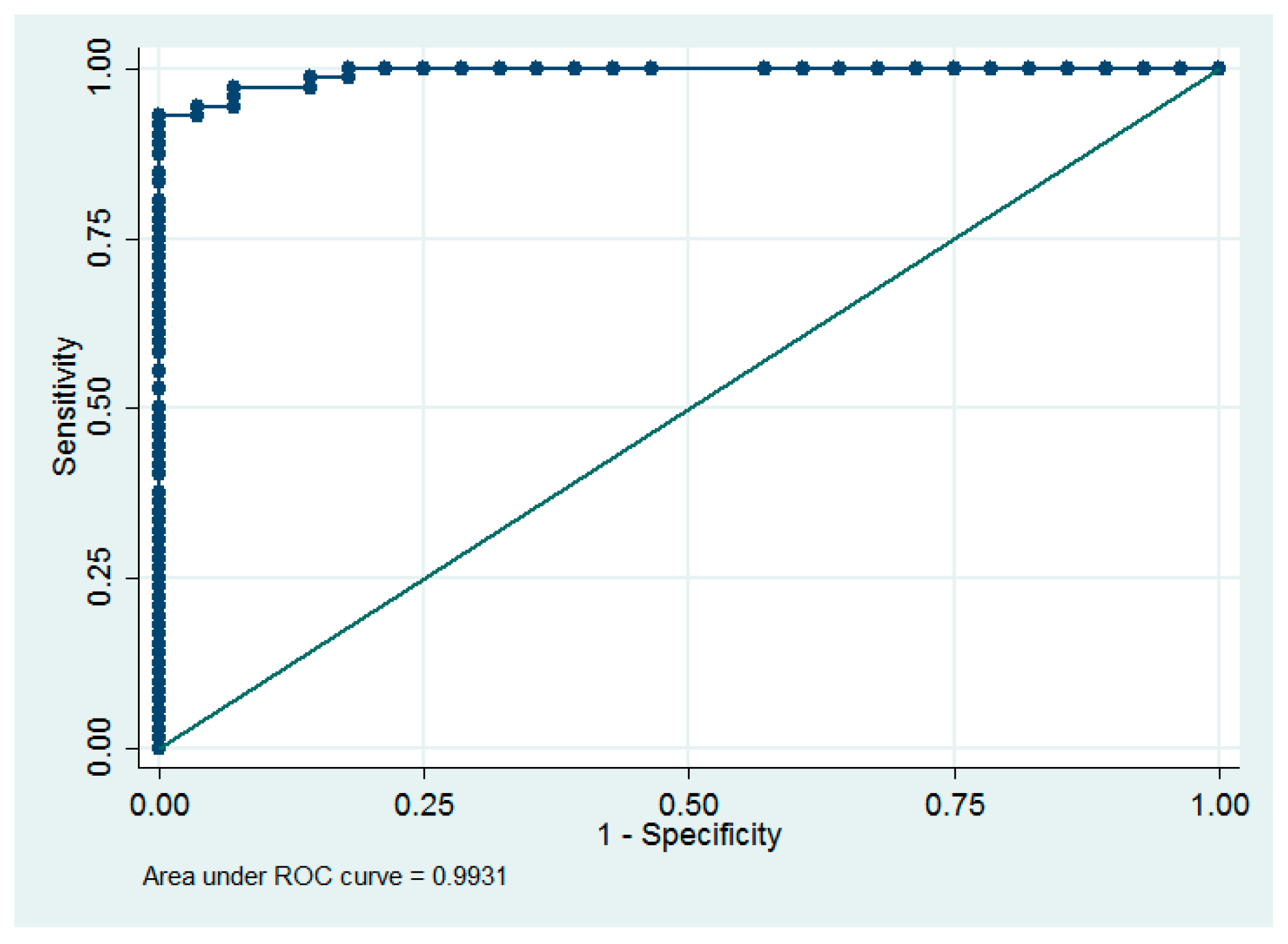 Table 1. Maternal characteristics.
Table 1. Maternal characteristics.
NS—Not significant.
© 2017 by the authors. Licensee MDPI, Basel, Switzerland. This article is an open access article distributed under the terms and conditions of the Creative Commons Attribution (CC BY) license (http://creativecommons.org/licenses/by/4.0/).
We use cookies on our website to ensure you get the best experience. Read more about our cookies here.
Accept
We have just recently launched a new version of our website. Help us to further improve by taking part in this short 5 minute survey here. here.
Never show this again