Economic Burden of Hospitalization Due to Injuries in North India: A Cohort Study

Attention deficit/hyperactivity disorder (ADHD) is one of the most common childhood neurobehavioral conditions. Evidence of the negative effects of sugar-sweetened beverages (SSBs) on mental health has not been convincing, although a few studies have found an association between high SSB levels and attention problems in children. This study aimed to test the hypothesis that SSB consumption is associated with ADHD among children. Doctor-diagnosed ADHD cases (n = 173) and non-ADHD controls (n = 159) between age 4 to 15 were recruited. SSB consumption, socio-demographic and lifestyle characteristics of the children, as well as of their mothers’ characteristics during pregnancy, were collected using a questionnaire. Blood lead levels and polymorphisms of two commonly verified dopaminergic-related genes (the D4 dopamine receptor gene DRD4 and the dopamine transporter gene DAT1) were also analyzed. There was a dose-response relationship between SSB consumption and ADHD. After covariates were adjusted, children who consumed SSBs at moderate levels and high levels had 1.36 and 3.69 odds, respectively, of having ADHD, compared with those who did not consume SSBs (p for trend < 0.05). Similar results were obtained when females were excluded. Our findings highlighted the adverse correlation between SSB consumption and ADHD and indicated a dose-response effect even after covariates were adjusted. View Full-Text
Keywords: ADHD; sugar-sweetened beverage; artificial food coloring; preservative; case-control; blood lead level; gene polymorphism; children ADHD; sugar-sweetened beverage; artificial food coloring; preservative; case-control; blood lead level; gene polymorphism; children
►▼ Show Figures 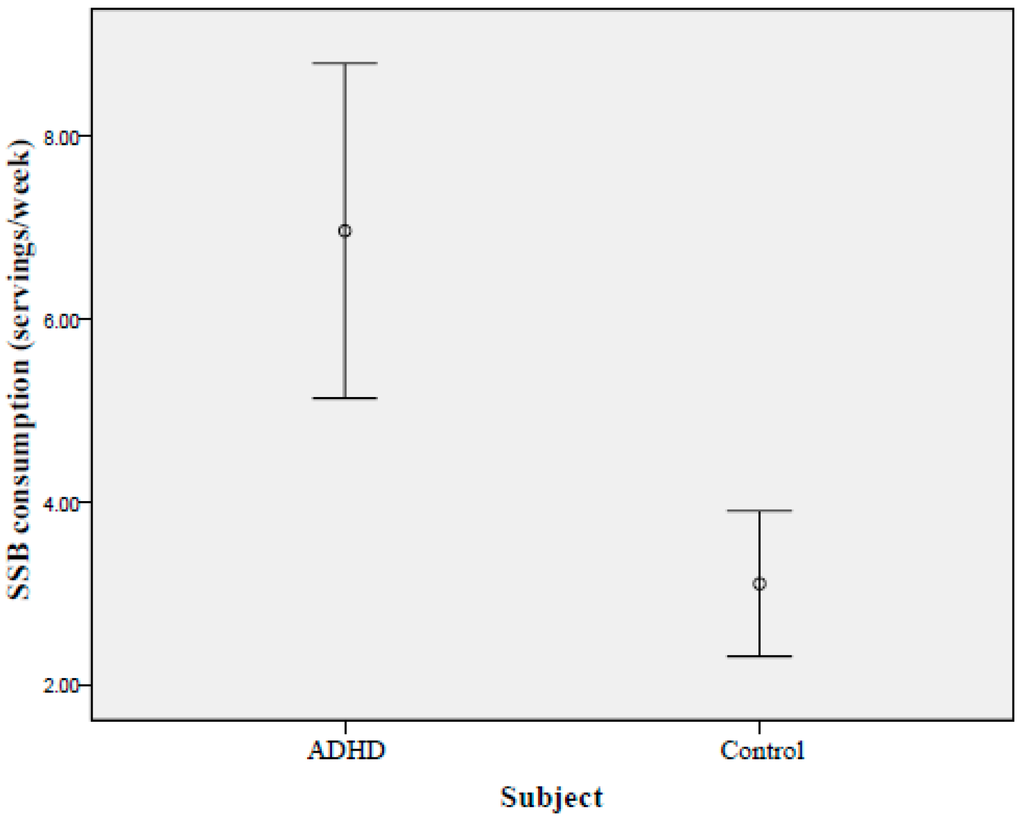