How Does Sex Influence Multimorbidity? Secondary Analysis of a Large Nationally Representative Dataset
Next Article in Special Issue

Food insecurity and hunger during childhood are associated with an array of developmental problems in multiple domains, including impulse control problems and violence. Unfortunately, extant research is based primarily on small convenience samples and an epidemiological assessment of the hunger-violence link is lacking. The current study employed data from Wave 1 (2001–2002) and Wave 2 (2004–2005) of the National Epidemiologic Survey on Alcohol and Related Conditions (NESARC). The NESARC is a nationally representative sample of non-institutionalized U.S. residents aged 18 years and older. Participants who experienced frequent hunger during childhood had significantly greater impulsivity, worse self-control, and greater involvement in several forms of interpersonal violence. These effects were stronger among whites, Hispanics, and males. The findings support general theoretical models implicating impulse control problems as a key correlate of crime and violence and add another facet to the importance of ameliorating food neglect in the United States. View Full-Text
Keywords: interpersonal violence; food neglect; self-control; reactive aggression; violence interpersonal violence; food neglect; self-control; reactive aggression; violence
►▼ Show Figures 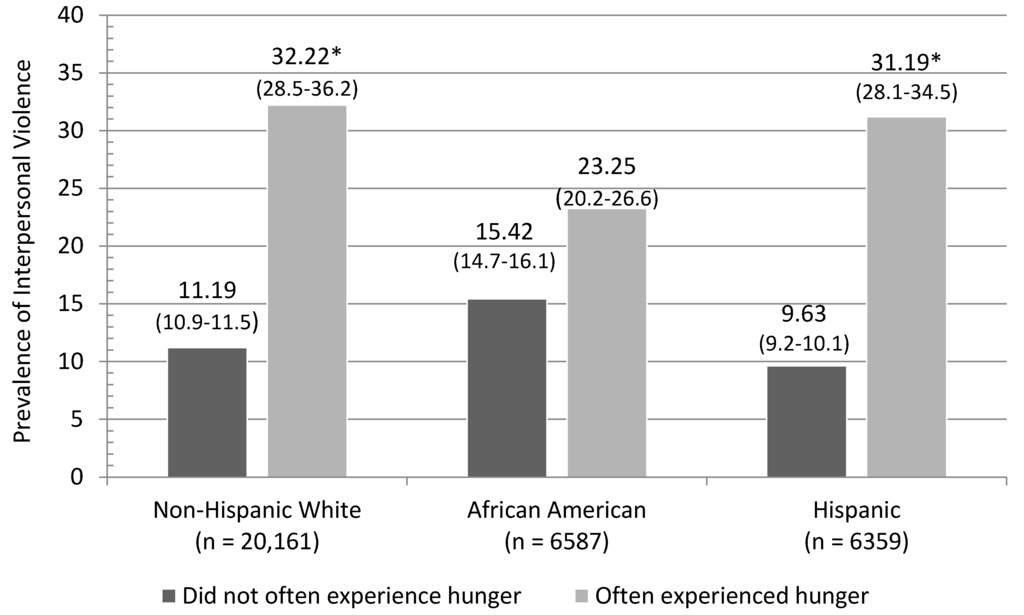