The Inflammation Response to DEHP through PPARγ in Endometrial Cells

Epidemiological studies have shown the possible link between phthalates and endometrium-related gynecological diseases, however the molecular mechanism(s) behind this is/are still unclear. In the study, both primary cultured endometrial cells and an endometrial adenocarcinoma cell line (Ishikawa) were recruited to investigate the effects of di-(2-ethylhexyl) phthalate (DEHP) at human-relevant concentrations. The results showed that DEHP did not affect the viability of either type of cell, which showed different responses to inflammation. Primary cultured cells showed stronger inflammatory reactions than the Ishikawa cell line. The expression of inflammatory factors was induced both at the mRNA and protein levels, however the inflammation did not induce the progress of epithelial-mesenchymal transition (EMT) as the protein levels of EMT markers were not affected after exposure to either cell type. Further study showed that the mRNA levels of peroxisome proliferator-activated receptor gamma (PPARγ) wereup-regulated after exposure. In all, our study showed that human-relevant concentrations of DEHP could elicit the inflammatory response in primary cultured endometrial cells rather than in Ishikawa cell line. PPARγ may act as the mediating receptor in the inflammation reaction. View Full-Text
Keywords: di-(2-ethylhexyl) phthalate; endometrium; Ishikawa cells; inflammation; PPARγ di-(2-ethylhexyl) phthalate; endometrium; Ishikawa cells; inflammation; PPARγ
►▼ Show Figures 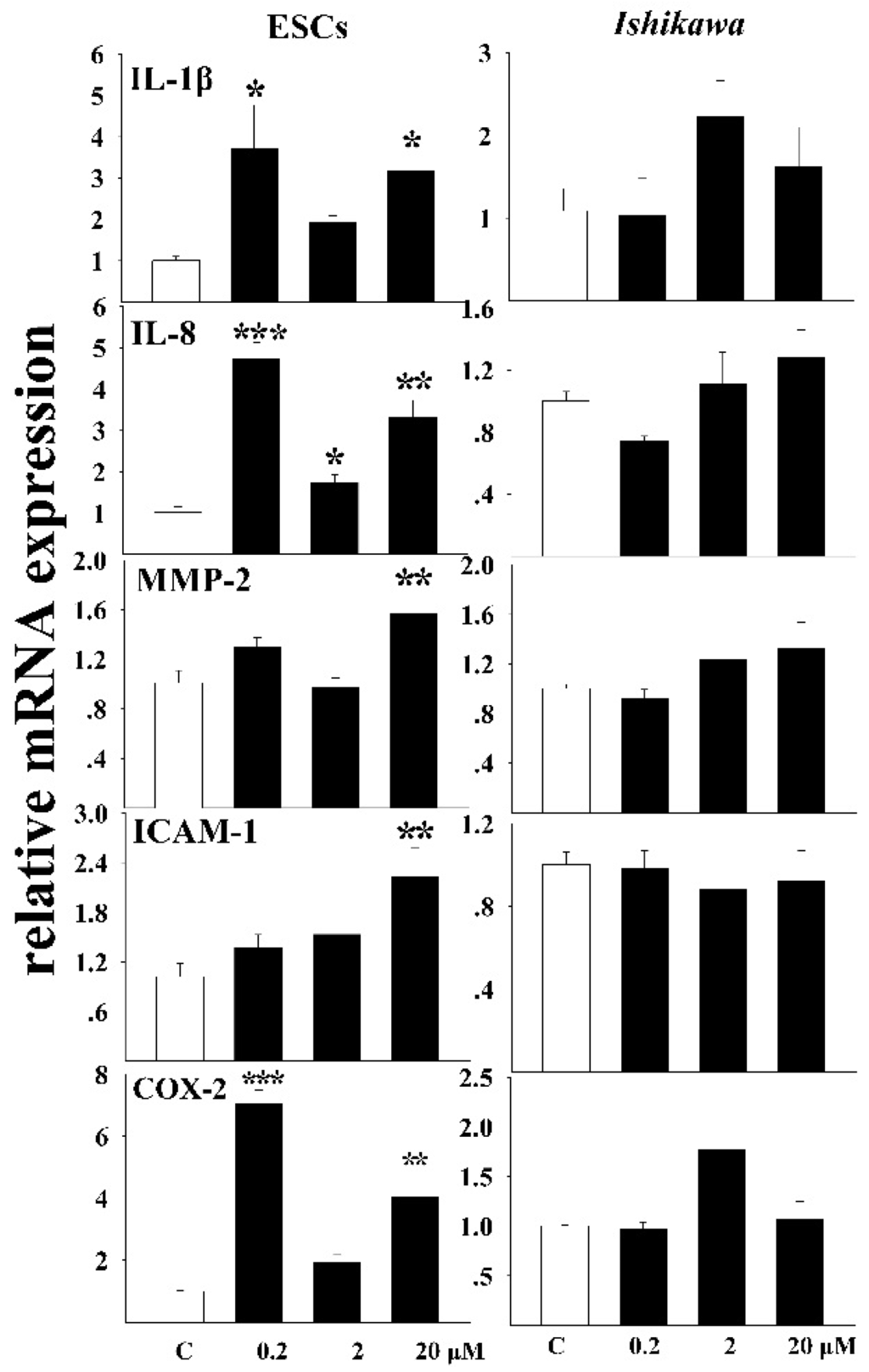