Spatial Patterns of Heat-Related Cardiovascular Mortality in the Czech Republic

The study examines spatial patterns of effects of high temperature extremes on cardiovascular mortality in the Czech Republic at a district level during 1994–2009. Daily baseline mortality for each district was determined using a single location-stratified generalized additive model. Mean relative deviations of mortality from the baseline were calculated on days exceeding the 90th percentile of mean daily temperature in summer, and they were correlated with selected demographic, socioeconomic, and physical-environmental variables for the districts. Groups of districts with similar characteristics were identified according to socioeconomic status and urbanization level in order to provide a more general picture than possible on the district level. We evaluated lagged patterns of excess mortality after hot spell occurrences in: (i) urban areas vs. predominantly rural areas; and (ii) regions with different overall socioeconomic level. Our findings suggest that climatic conditions, altitude, and urbanization generally affect the spatial distribution of districts with the highest excess cardiovascular mortality, while socioeconomic status did not show a significant effect in the analysis across the Czech Republic as a whole. Only within deprived populations, socioeconomic status played a relevant role as well. After taking into account lagged effects of temperature on excess mortality, we found that the effect of hot spells was significant in highly urbanized regions, while most excess deaths in rural districts may be attributed to harvesting effects. View Full-Text
Keywords: heat stress; mortality; socioeconomic status; spatial differences; cardiovascular disease heat stress; mortality; socioeconomic status; spatial differences; cardiovascular disease
►▼ Show Figures 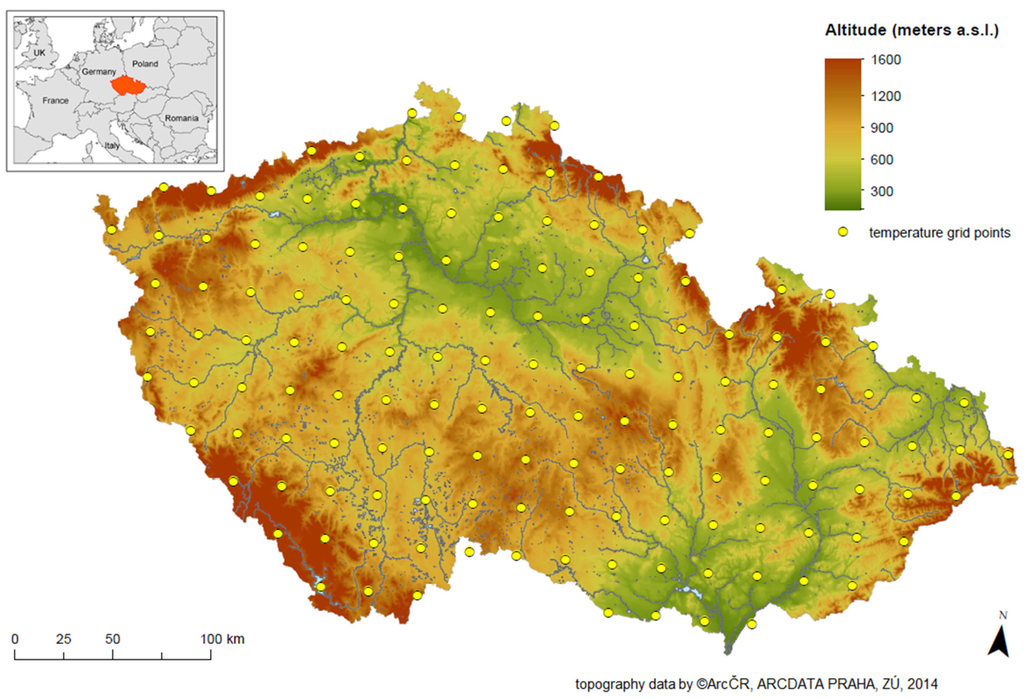