The Risk Factors of Child Lead Poisoning in China: A Meta-Analysis
Previous Article in Journal

In this pilot study, a modified sampling protocol was evaluated for the detection of lead contamination and locating the source of lead release in a simulated premise plumbing system with one-, three- and seven-day stagnation for a total period of 475 days. Copper pipes, stainless steel taps and brass fittings were used to assemble the “lead-free” system. Sequential sampling using 100 mL was used to detect lead contamination while that using 50 mL was used to locate the lead source. Elevated lead levels, far exceeding the World Health Organization (WHO) guideline value of 10 µg·L−1, persisted for as long as five months in the system. “Lead-free” brass fittings were identified as the source of lead contamination. Physical disturbances, such as renovation works, could cause short-term spikes in lead release. Orthophosphate was able to suppress total lead levels below 10 µg·L−1, but caused “blue water” problems. When orthophosphate addition was ceased, total lead levels began to spike within one week, implying that a continuous supply of orthophosphate was required to control total lead levels. Occasional total lead spikes were observed in one-day stagnation samples throughout the course of the experiments. View Full-Text
Keywords: copper; corrosion; brass; orthophosphate; sampling protocol copper; corrosion; brass; orthophosphate; sampling protocol
►▼ Show Figures 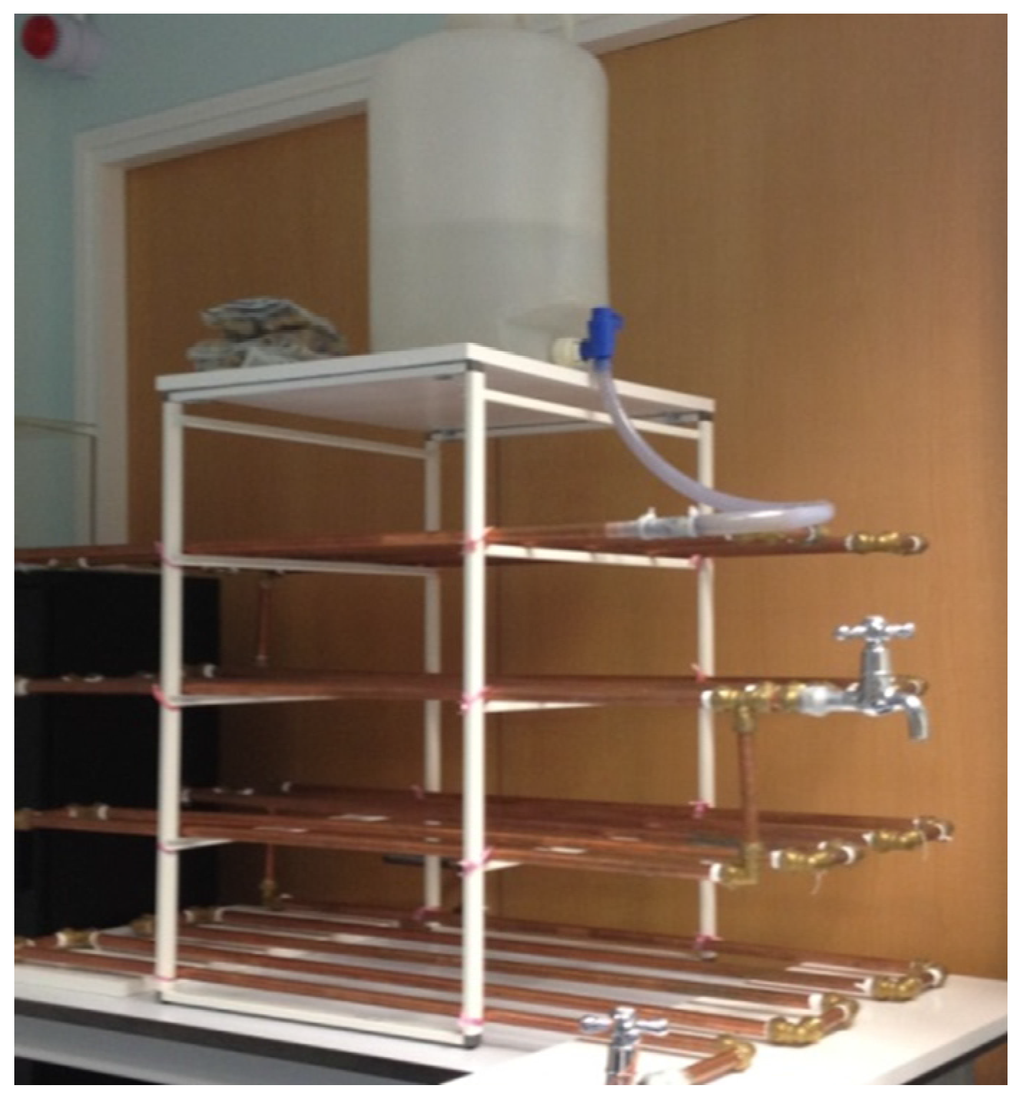