Child Wasting in Emergency Pockets: A Meta-Analysis of Small-Scale Surveys from Ethiopia
Next Article in Special Issue

Background: Floods represent a serious threat to human health beyond the immediate risk of drowning. There is few data on the potential link between floods and direct consequences on health such as on cardiovascular health. This study aimed to explore the impact of one of the worst floods in the history of Quebec, Canada on acute cardiovascular diseases (CVD). Methods: A cohort study with a time series design with multiple control groups was built with the adult population identified in the Quebec Integrated Chronic Disease Surveillance System. A geographic information system approach was used to define the study areas. Logistic regressions were performed to compare the occurrence of CVD between groups. Results: The results showed a 25%–27% increase in the odds in the flooded population in spring 2011 when compared with the population in the same area in springs 2010 and 2012. Besides, an increase up to 69% was observed in individuals with a medical history of CVD. Conclusion: Despite interesting results, the association was not statistically significant. A possible explanation to this result can be that the population affected by the flood was probably too small to provide the statistical power to answer the question, and leaves open a substantial possibility for a real and large effect. View Full-Text
Keywords: climate change; floods; public health; health problems; cardiovascular diseases; Canada climate change; floods; public health; health problems; cardiovascular diseases; Canada
►▼ Show Figures 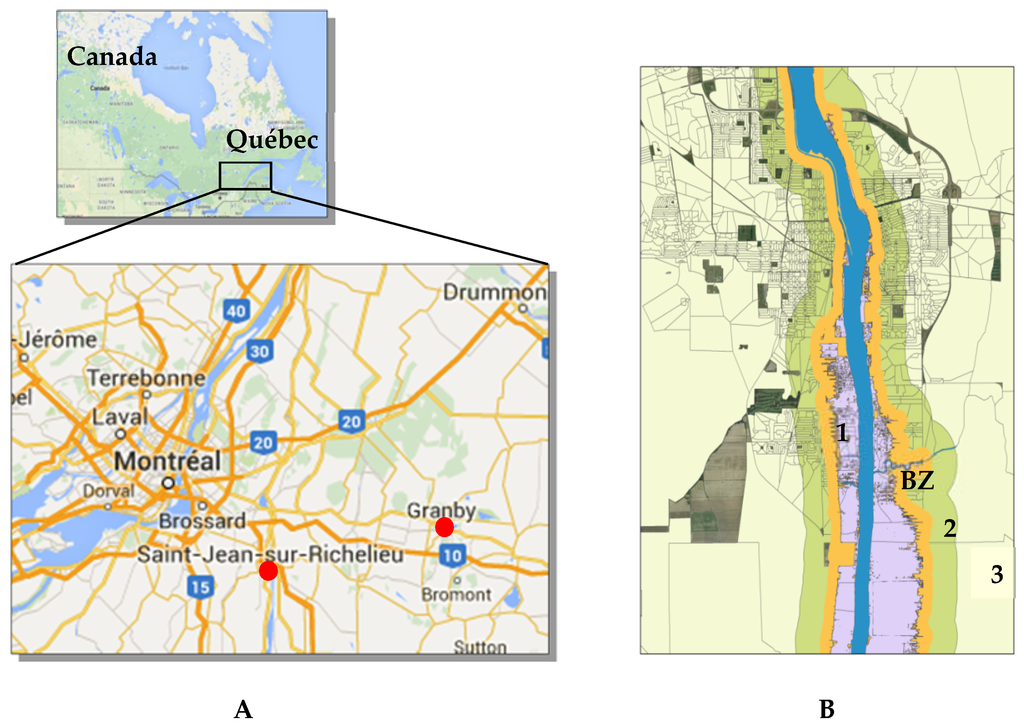