Heavy metals constitute some of the most dangerous pollutants of water, as they are toxic to humans, animals, and aquatic organisms. These metals are considered to be of major public health concern and, therefore, need to be removed. Adsorption is a common physico-chemical process used to remove heavy metals. Dissolved organic carbon (DOC) and suspended solids (SS) are associated pollutants in water systems that can interact with heavy metals during the treatment process. The interactions of DOC and SS during the removal of heavy metals by granular activated carbon were investigated in batch and fixed-bed column experiments. Batch adsorption studies indicated that Langmuir adsorption maxima for Pb, Cu, Zn, Cd, and Ni at pH 6.5 were 11.9, 11.8, 3.3, 2.0, and 1.8 mg/g, respectively. With the addition of humic acid (HA) (DOC representative), they were 7.5, 3.7, 3.2, 1.6, and 2.5 mg/g, respectively. In the column experiment, no breakthrough (complete removal) was obtained for Pb and Cu, but adding HA provided a breakthrough in removing these metals. For Zn, Cd and Ni, this breakthrough occurred even without HA being added. Adding kaolinite (representative of SS) had no effect on Pb and Cu, but it did on the other metals. View Full-Text
Keywords: adsorption; granular activated carbon; heavy metals; humic acid; dissolved organic carbon adsorption; granular activated carbon; heavy metals; humic acid; dissolved organic carbon
►▼ Show Figures 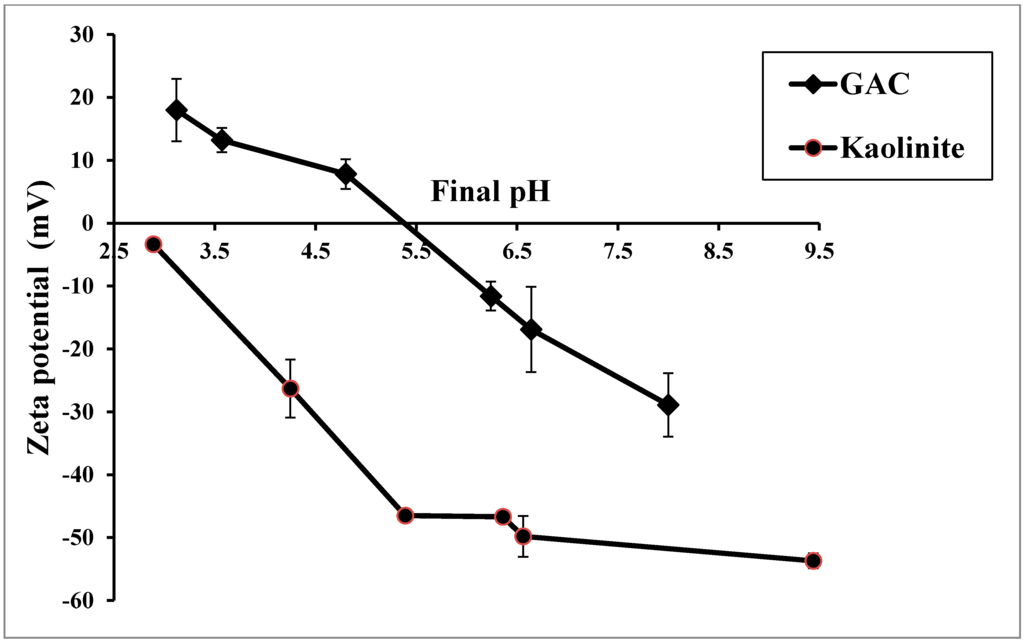