Does Primary Care Mental Health Resourcing Affect the Use and Costs of Secondary Psychiatric Services?

Two strains of Lactobacillus, previously isolated from bovine faeces and tested in vitro for properties desired in probiotics, were evaluated for their in vivo effectiveness in protecting against experimental salmonellosis. L. salivarius L38 and L. acidophilus L36 previously demonstrated the ability to successfully colonize the gastrointestinal tract of germ-free mice and stimulate the immune system associated with the intestinal mucosa. L38- or L36-feeding showed no detrimental effect on the general health indicators and did not induce changes in normal architecture of liver and small intestine, indicating that the use of these strains is apparently safe. In control animals fed L38 strain, several cytokines had augmented mRNA levels that can be associated with a homeostatic state of intestinal mucosa, while L36 had less diverse regulation. IgA production and secretion in the intestinal lumen induced by infection was abrogated by pretreating with both lactobacilli. In addition, liver and small intestine histological scores and, translocation of Salmonella cells to liver and spleen, indicated that these strains did not confer protection against the infection. So, the IL-12:IL-18àIFN-g axis, essential for an effective immune response against Salmonella, was not favored with L38 or L36 strains. However, increased expression of IL-10 in different portions of the gastrointestinal tract of L38-fed animals is indicative of anti-inflammatory effect to be explored furthermore. View Full-Text
Keywords: salmonellosis; mouse experimental model; immunomodulation; Lactobacillus; cattle salmonellosis; mouse experimental model; immunomodulation; Lactobacillus; cattle
►▼ Show Figures 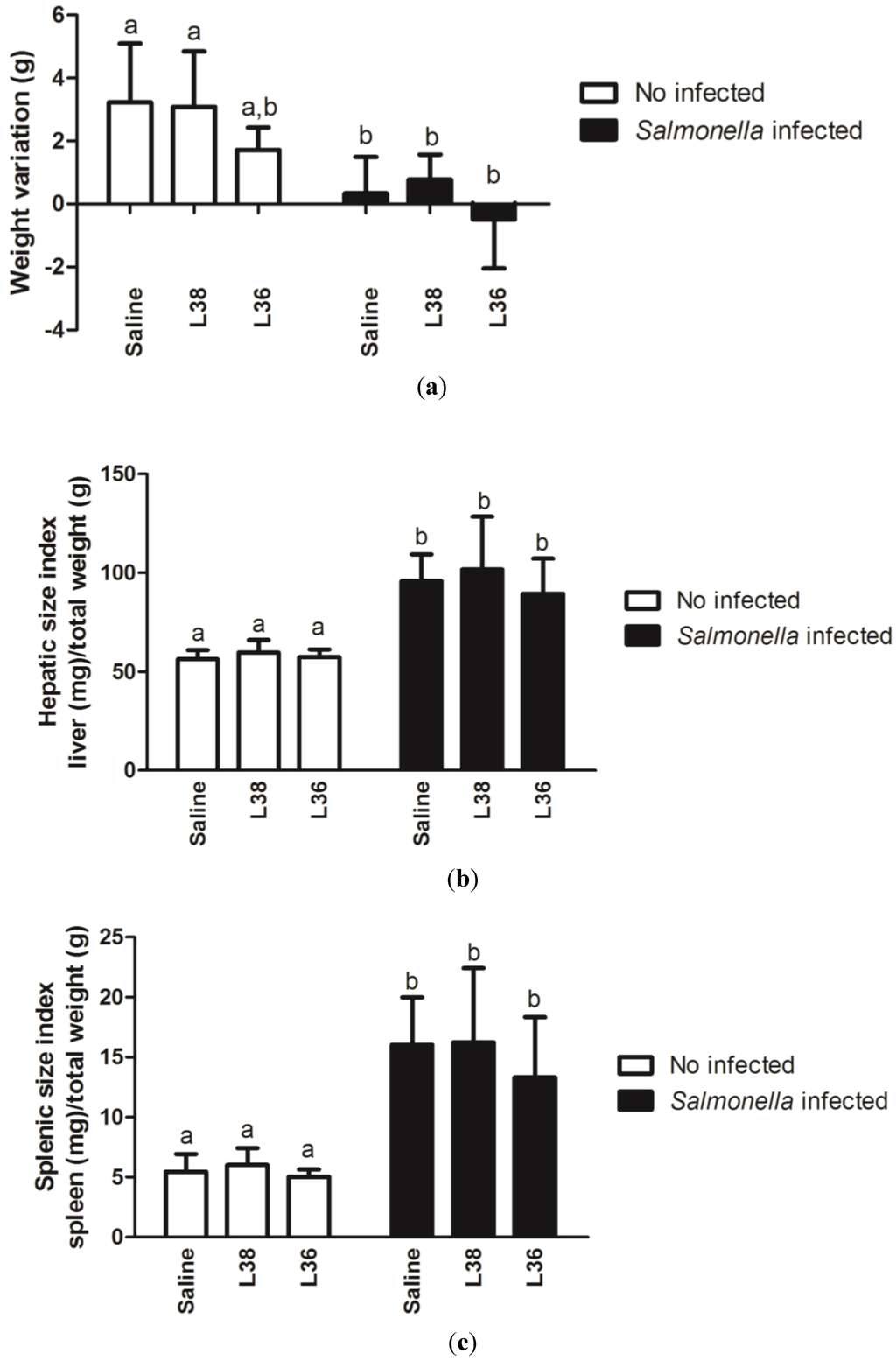