Immigrants’ Access to Health Insurance: No Equality without Awareness

Campylobacter jejuni is the most common food-borne zoonotic pathogen causing human gastroenteritis worldwide and has assumed more importance in Italy following the increased consumption of raw milk. Our objectives were to get an overview of genotypes and antibiotic resistances in C. jejuni isolated from milk, cattle feces, and pigeons in dairy herds of Northern Italy. flaB-typing was applied to 78 C. jejuni isolates, previously characterized by Multi-Locus Sequence Typing, and genotypic resistances towards macrolides and quinolones based on point mutations in the 23S rRNA and gyrA genes, respectively, were determined. flaB-typing revealed 22 different types with one of them being novel and was useful to further differentiate strains with an identical Sequence Type (ST) and to identify a pigeon-specific clone. Macrolide resistance was not found, while quinolone resistance was detected in 23.3% of isolates. A relationship between specific genotypes and antibiotic resistance was observed, but was only significant for the Clonal Complex 206. Our data confirm that pigeons do not play a role in the spread of C. jejuni among cattle and they are not responsible for milk contamination. A relevant number of bulk milk samples were contaminated by C. jejuni resistant to quinolones, representing a possible source of human resistant strains. View Full-Text
Keywords: Campylobacter jejuni; dairy farms; pigeons; genotyping; antibiotic resistance Campylobacter jejuni; dairy farms; pigeons; genotyping; antibiotic resistance
►▼ Show Figures 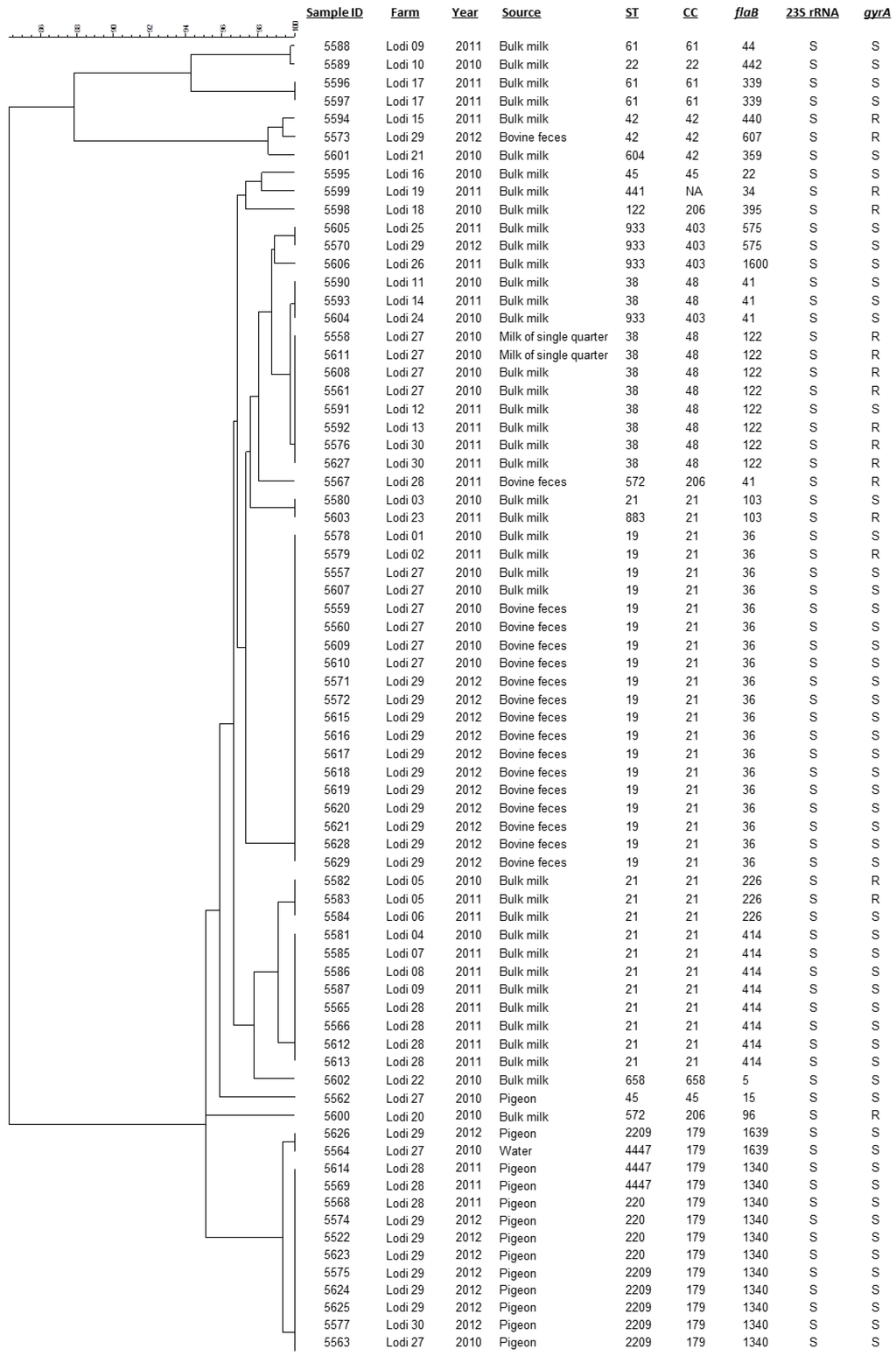