Chernobyl demonstrated that iodine-131 (131I) released in a nuclear accident can cause malignant thyroid nodules to develop in children within a 300 mile radius of the incident. Timely potassium iodide (KI) administration can prevent the development of thyroid cancer and the American Thyroid Association (ATA) and a number of United States governmental agencies recommend KI prophylaxis. Current pre-distribution of KI by the United States government and other governments with nuclear reactors is probably ineffective. Thus we undertook a thorough scientific review, regarding emergency response to 131I exposures. We propose: (1) pre-distribution of KI to at risk populations; (2) prompt administration, within 2 hours of the incident; (3) utilization of a lowest effective KI dose; (4) distribution extension to at least 300 miles from the epicenter of a potential nuclear incident; (5) education of the public about dietary iodide sources; (6) continued post-hoc analysis of the long-term impact of nuclear accidents; and (7) support for global iodine sufficiency programs. Approximately two billion people are at risk for iodine deficiency disorder (IDD), the world’s leading cause of preventable brain damage. Iodide deficient individuals are at greater risk of developing thyroid cancer after 131I exposure. There are virtually no studies of KI prophylaxis in infants, children and adolescents, our target population. Because of their sensitivity to these side effects, we have suggested that we should extrapolate from the lowest effective adult dose, 15–30 mg or 1–2 mg per 10 pounds for children. We encourage global health agencies (private and governmental) to consider these critical recommendations. View Full-Text
Keywords: iodine-131 (131I); potassium iodide (KI); nuclear terrorism; accidental errors; uranium fission; children; plume radius iodine-131 (131I); potassium iodide (KI); nuclear terrorism; accidental errors; uranium fission; children; plume radius
►▼ Show Figures 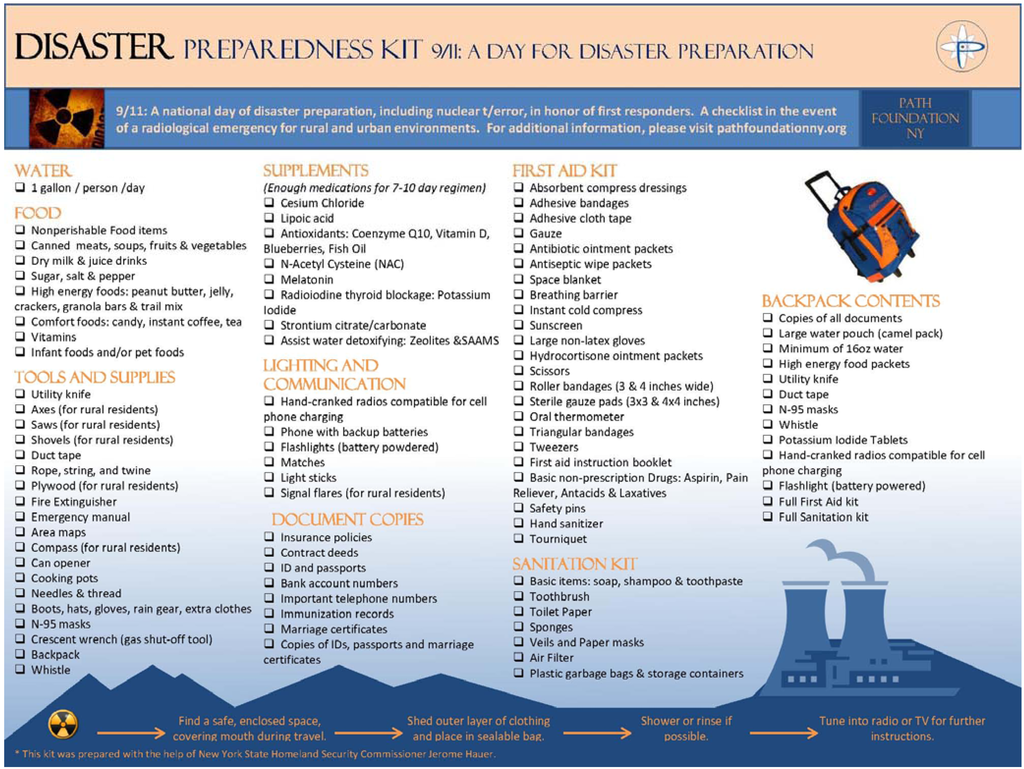