Adaptive Tele-Therapies Based on Serious Games for Health for People with Time-Management and Organisational Problems: Preliminary Results
Previous Article in Journal

Analysis of the Spatial Variation of Hospitalization Admissions for Hypertension Disease in Shenzhen, China

Temporal and Spatial Melanoma Trends in Austria: An Ecological Study

Annual solar ultraviolet radiation (UVR) is mostly determined by latitude and altitude. Over the last decades, increasing UVR ground levels have been observed. Exposure to UVR is associated with a life-time risk to develop melanoma, a malign skin cancer. Thus, we hypothesized that melanoma incidence in Austria is associated with altitude of place of living and time of diagnosis. We investigated this hypothesis in an ecological study by district and year for Austrian melanoma incidence (1990–2010) and mortality (1970–2011) data. As expected, incidence rates increased with altitude (about 2% per 10 m) and year (about 2%). Additionally, melanoma incidence rates were about 50% higher in urban than in rural districts. In contrast, mortality rates decreased with altitude (for males: 0.4% per 10 m, for women: 0.7% per 10 m, respectively). The observed discrepancy between incidence and mortality data could partly be explained by melanoma diagnosis at earlier tumor stage in districts with higher altitude. Possible reasons for this finding include higher awareness of patients, better diagnostic performance of medical professionals working at higher altitudes, or slower tumor growth due to protective effects of sun light-associated vitamin D synthesis. View Full-Text
Keywords: malignant melanoma; UV radiation; Alpine region; metrology; stratospheric ozone malignant melanoma; UV radiation; Alpine region; metrology; stratospheric ozone
►▼ Show Figures 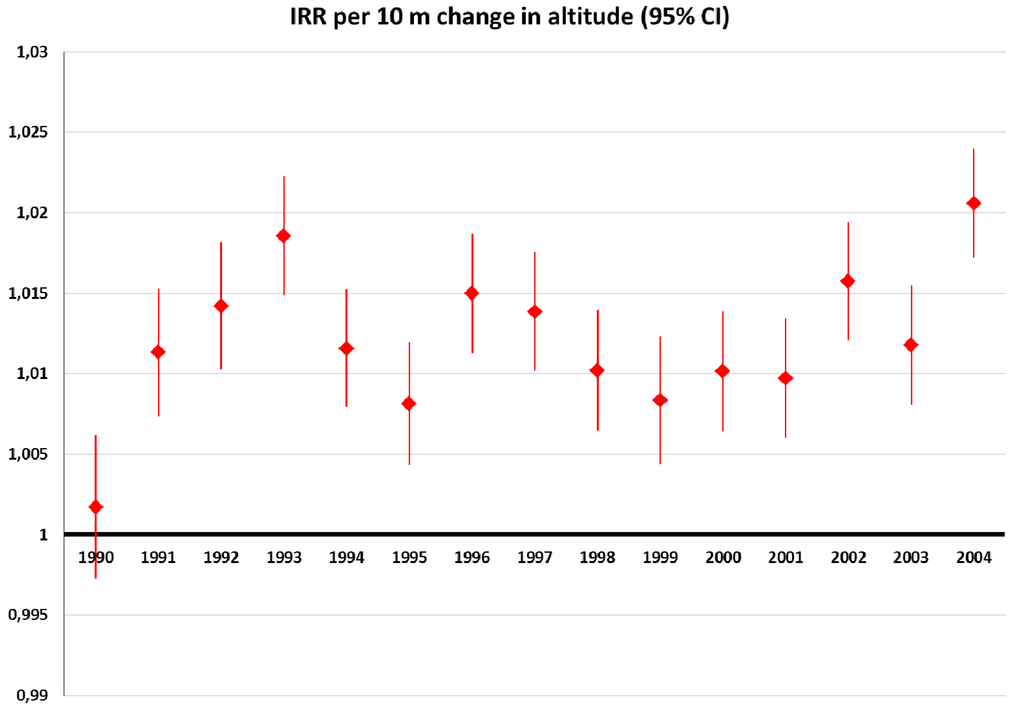