Mosquito-vectored pathogens are responsible for devastating human diseases and are (re)emerging in many urban environments. Effective mosquito control in urban landscapes relies on improved understanding of the complex interactions between the ecological and social factors that define where mosquito populations can grow. We compared the density of mosquito habitat and pupae production across economically varying neighborhoods in two temperate U.S. cities (Baltimore, MD and Washington, DC). Seven species of mosquito larvae were recorded. The invasive Aedes albopictus was the only species found in all neighborhoods. Culex pipiens, a primary vector of West Nile virus (WNV), was most abundant in Baltimore, which also had more tire habitats. Both Culex and Aedes pupae were more likely to be sampled in neighborhoods categorized as being below median income level in each city and Aedes pupae density was also greater in container habitats found in these lower income neighborhoods. We infer that lower income residents may experience greater exposure to potential disease vectors and Baltimore residents specifically, were at greater risk of exposure to the predominant WNV vector. However, we also found that resident-reported mosquito nuisance was not correlated with our measured risk index, indicating a potentially important mismatch between motivation needed to engage participation in control efforts and the relative importance of control among neighborhoods. View Full-Text
Keywords: mosquito; urban; vector; Aedes albopictus; Culex pipiens; income; IPM mosquito; urban; vector; Aedes albopictus; Culex pipiens; income; IPM
►▼ Show Figures 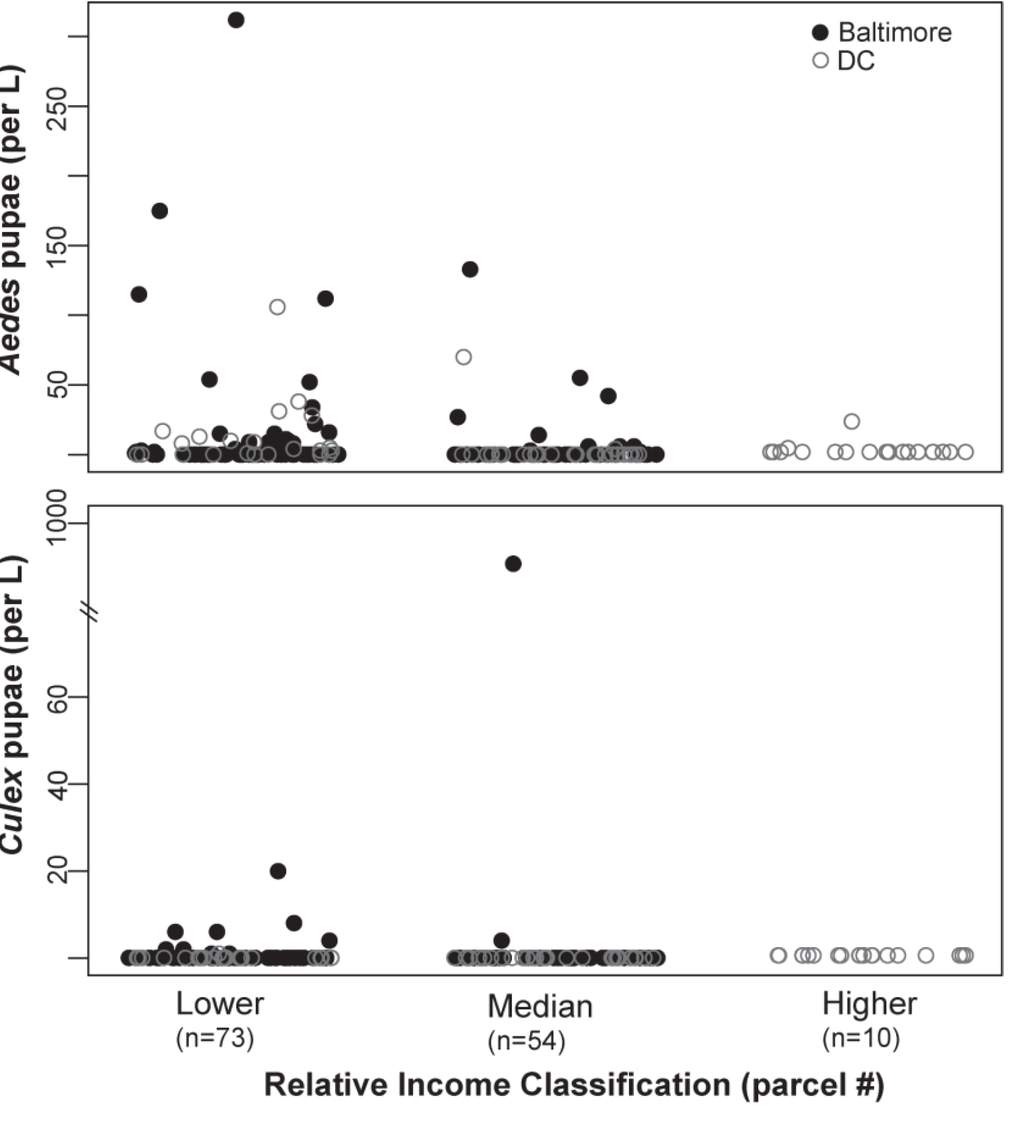