In Vitro and In Vivo Assessment of the Efficacy of Bromoageliferin, an Alkaloid Isolated from the Sponge Agelas dilatata, against Pseudomonas aeruginosa
Previous Article in Journal

Liposomes are biocompatible lipid vesicles extensively used as drug carriers for nanomedicine [1,2,3]. Liposomes can encapsulate anticancer drugs with a narrow therapeutic window and reduce non-specific drug distribution in organ tissues. For example, the anticancer drug doxorubicin (DOX) is a broad-spectrum anticarcinogen used to treat breast cancer, bladder cancer, Kaposi’s sarcoma, lymphoma and acute lymphocytic leukemia, but exhibits serious and irreversible cardiotoxicity. PEGylated liposomal DOX, Doxil®, was the first nanomedicine approved by the US Food and Drug Administration for cancer treatment and has remarkably reduced cardiotoxicity compared to free DOX solution [4]. PEGylating liposomes can prolong their circulation time in blood [5], resulting in their passive accumulation in cancer tissue, called the enhanced permeability and retention effect [6].
The implantation of drug-loaded devices, and the application of nanomedicine, are useful strategies for controlling and maintaining the required drug concentration in the target tissue. Compared to systemic drug delivery, local drug delivery allows the local, surgical administration of drugs directly to cancer tissue. Drug-loaded polymer nanoparticles and radio-sensitizing nanoparticles are attractive options for the treatment of local tumors (e.g., brain tumor) [7]. Nanomaterial implantation has been investigated for preventing infection after orthopedic surgery, and for diagnosis and cancer therapy [8]. There are several methodologies for the implantation of drug-loaded devices and nanomedicines for drug delivery. For example, cast implants, injectable implants, and 3D printed implants for implantation into bone and cancer tissues [9] utilize the properties of biopolymers, biomaterials and nanocarriers.
3D printing technologies are widely used in manufacturing and their medical applications are expanding. Computer-aided design is used to translate two-dimensional images such as X-ray, nuclear magnetic resonance and computer tomography images into 3D data and to fabricate medical devices such as surgical guides, artificial arms and legs, wound dressings and organ models [10,11,12]. 3D printing methodologies include stereolithography, inkjet printing, fused deposition modelling, semi-solid extrusion printing and selective laser sintering, and have been applied to different materials such as powders, pastes, gels and resins. 3D printed implants and medicines have been approved by the US Food and Drug Administration [13], and 3D printed tablets are being investigated [14]. Several clinical trials involving 3D printing are in progress [15].
3D bioprinting has been used to generate designed objects for tissue engineering and pharmaceutical applications using highly printable and stable bioinks [16,17]. Semi-solid extrusion-type 3D printers use pastes and hydrogels as bioinks extruded from the nozzle by air pressure. The extruded materials are deposited layer-by-layer to create the intended structure. 3D bioinks contain cells, growth factors, biomaterials or nanoparticles, depending on the application. Implants should mimic the characteristics of natural tissues. Many types of polymers are used, including natural polymers (collagen, gelatin and alginate), semi-synthetic polymers (methacrylated hyaluronic acid, gelatin methacryloyl (GelMA), PEG diacrylate and norbornene-functionalized hyaluronic acid [18]), and synthetic polymers (hydroxypropyl methylcellulose, polyacrylic acid, poly(lactic-co-glycolic) acid and polycaprolactone [19]).
In the current study, we generated liposomal patches for implantation in cancer tissue (Scheme 1) using a 3D bioprinter. We used a hydrogel containing semi-synthetic fish-gelatin polymer (fish gelatin methacryloyl, F-GelMA) to entrap DOX-loaded PEGylated liposomes. Fish gelatin is inexpensive and faces few personal or religious restrictions [22]. F-GelMA is generated by reacting cold water fish gelatin with methacrylic anhydride and forms photopolymerized hydrogels in the presence of a photoinitiator and UV irradiation. F-GelMA has been investigated by several groups for use in tissue engineering and biofabrication [23,24,25,26] but it remains unclear whether its characteristics are useful as a drug delivery system [27]. F-GelMA is rarely bioprinted because of its low viscosity and rapid polymerization. In the present study, we increased the viscosity of F-GelMA by incorporating a pharmaceutical additive into the bioink. The bioink and 3D printed products containing liposomes were characterized.

F-GelMA was synthesized as previously described with minor modifications [39]. In brief, 10 g of fish gelatin was dissolved in 100 mL sodium carbonate-bicarbonate buffer (0.1 M, pH 9.0), and different volumes (1.2 mL, 1 mL, 0.8 mL, 0.4 mL, 0.2 mL) of methacrylic anhydride were added 6 times every 30 times and the pH was adjusted to 9. Methacrylic anhydride was added at a rate of 0.5 mL/min to the fish gelatin solution with stirring at 50 °C and reacted for 3 h. The mixture was diluted 5-fold with distilled water to stop the reaction, and dialyzed using dialysis tubing (MWCO 12,000–14,000, Thermo Fisher Scientific, Waltham, MA, USA) for 48 h at 50 °C to remove unreacted methacrylic anhydride and methacrylic acid byproducts. The solution was lyophilized (FD-1000; EYELA, Tokyo, Japan) to generate a white porous foam and stored at 4 °C until use. Lyophilized F-GelMA was dissolved in HEPES buffer containing 0.5% (w/v) Irgacure 2959 as a photosensitizer at 80 °C, and used to fabricate hydrogels.

The degree of methacrylation of F-GelMA was measured using a TNBS method developed by Habeeb, as previously described [29,40]. Briefly, the freeze-dried F-GelMA prepared above was dissolved in 1% sodium dodecyl sulfate solution at 50 °C to provide a 2 mg/mL solution, then 1 mL of 4% NaHCO3 (pH = 8.5) and 1 mL of 0.1% TNBS solution was added to 1 mL of sample solution and reacted at 50 °C for 60 min. The reaction was stopped and stabilized by adding 2 mL of 0.1 mol/L HCl to each sample and the absorbance at 335 nm was measured using a microplate reader (Nivo 3S; PerkinElmer Inc., Waltham, MA, USA). The degree of methacrylation was calculated using Equation (1):
Degree of methacrylation = 1 − (free amino groups in F-GelMA)/(free amino groups in fish gelatin) × 100%

Drug formulation (200 μL) comprising F-GelMA (10%, 15%, 20% (w/v)) solution or a hydrogel mixture of F-GelMA (10%) and CMC (1%, 3%, 5%, 7% (w/v)) was transferred into the wells of a 96-well plate and exposed to UV-LED light (365 nm) from a 3D bioprinter (INKREDIBLE; CELLINK, Gothenburg, Sweden) for 60 s for polymerization, then each sample was placed in HEPES buffer at 37 °C for 24 h. Excess HEPES buffer was removed and the weight of the swollen hydrogel was recorded. Samples were lyophilized and the dried polymer was weighed. The mass swelling ratio was calculated using Equation (2):
Swelling ratio = mass of swollen hydrogel/mass of dried polymer

3.5. Viscosity Test of Drug Formulation for Use as a Printer Ink

Liposomes were prepared by a remote loading method to provide a different pH in the interior and exterior phases by changing the ion charge of the therapeutic drug, thus increasing encapsulation efficiency [41]. The liposomes consisted of DPPC, CHOL and DSPE-PEG2000 in the molar ratio DPPC:CHOL:DSPE-PEG2000 = 55:45:10. All of the lipid components and DSPE-PEG2000 were dissolved in isopropanol in a test tube (total volume 1 mL). The solvent was evaporated by purging with nitrogen at 65 °C and the residue was further dried under reduced pressure. A thin lipid film formed on the inside of the test tube was hydrated with 1 mL ammonium sulfate solution (pH 4) and vortexed while heating in a water bath. The suspension was extruded by filtering ten times through a polycarbonate membrane (200 nm pores), then ten times through two stacked membranes (100 nm pores) to control the size of the liposomes. The liposome dispersion was injected into a dialysis cassette (10,000 MWCO; Thermo Scientific, Rockford, IL, USA) and dialyzed for 24 h against HEPES buffer (pH 7.45) with one buffer change after 12 h. DOX aqueous solution (20 mg/mL) was added to the mixture (drug/lipid = 1/5, w/w) and incubated in a water bath at 65 °C for 1 h. The mean diameter of the DOX-loaded PEGylated liposomes was measured using a dynamic light scattering apparatus (ZetaSizer Nano series; Malvern Instruments, Worcestershire, UK).

3.7. Encapsulation Efficiency of DOX into the Liposomes

The encapsulation efficiency of DOX into the liposomes was determined as previously described with modification [41,42]. As a typical experiment, a sample containing DOX-loaded liposomes and unencapsulated DOX was separated using gel chromatography by loading on a Sepharose CL-4B gel column equilibrated with HEPES buffer, and the liposome fraction was collected. The liposomes were dissolved by adding organic solvent (methanol:isopropanol = 1:3) at 4:1 (v/v) organic solvent:liposomes and then diluted with HEPES buffer. The DOX concentration was determined from its fluorescence intensity using a microplate reader (ARVO series, PerkinElmer Inc., Waltham, MA, USA; ex/em, 480/595 nm) and the encapsulation efficiency was calculated using Equation (3):
Encapsulation efficiency% = (amount of drug loaded in liposomes)/(amount of drug used) × 100%

3.8. Stability Test of Liposomes Following Photopolymerization of the Hydrogel

A hydrogel mixture of F-GelMA (10% (w/v)) and CMC (7% (w/v)) containing 0.5% (w/v) Irgacure 2959 was mixed with DOX-loaded liposomes at a ratio of F-GelMA:DOX of 1 g:1 mg to prepare printer ink. Three 3D geometries (cylinder, torus, gridlines) were designed using Autodesk 123D software, and the g-code to program the printing conditions was generated using Slic3r software. The printer ink was loaded into the CELLINK bioprinter syringe and the object was 3D printed using the conditions shown in Table 1. The 3D-printed patches were solidified by photopolymerization by exposure to the CELLINK UV-LED light for 1 min, 1.5 min or 2 min.

3.10. In Vitro Release of DOX-Loaded Liposomes from 3D-Printed Patches

As a typical experiment, 3D-printed patches (cylinder, torus, gridline) prepared in Section 3.9 were exposed to UV for set times. The patches were placed in 10 mL HEPES buffer (pH 7.4) and shaken using a thermo bath shaker (SN-60SD; Nissinrika, Tokyo, Japan) at 37 °C. Sample solution (500 µL) was removed at set times and replaced with the same volume of fresh HEPES buffer. Organic solvent (methanol:isopropanol = 1:3) was added to the sample (1:1 (v/v)) to break the liposomes and the DOX concentration was determined from its fluorescence using a microplate reader (ALVO series, PerkinElmer Inc.; ex/em, 480/595 nm). The release of DOX and DOX-loaded liposomes was determined as previously described with modification [43] and is based on quenching the DOX fluorescence. The values which were more than 100% were regarded as 100%.

In conclusion, we fabricated 3D-printed patches composed of F-GelMA, a semi-synthetic biocompatible polymer. Although in vivo experiments are necessary to demonstrate the therapeutic efficacy of these patches in treating cancer, patches prepared using a 3D bioprinter will be useful for implantation and may be applicable for treating cancer tissues in patients or in sites of surgical removal. We showed that the low viscosity of F-GelMA was greatly increased by the addition of CMC, and the increase in liposome particle size in F-GelMA hydrogels was inhibited by the addition of CMC. These results indicate that CMC is useful for adjusting the properties of printer ink and is a useful and safe pharmaceutical excipient in drug formulations. We also showed that drug release from 3D-printed patches was dependent on the patch shapes and UV exposure time, and that drug release can be controlled. Taken together, the present results provide useful information for the preparation of 3D printed objects containing liposomes and other nanoparticle-based nanomedicines.

This research was partly supported by a Grant-in-Aid for Scientific Research from the Japan Society for the Promotion of Science (19K07170). 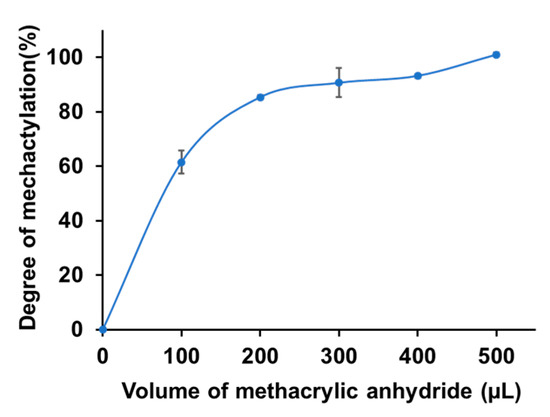 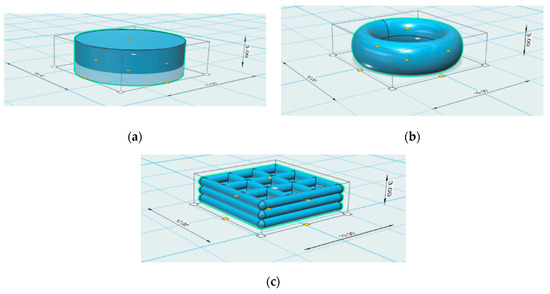 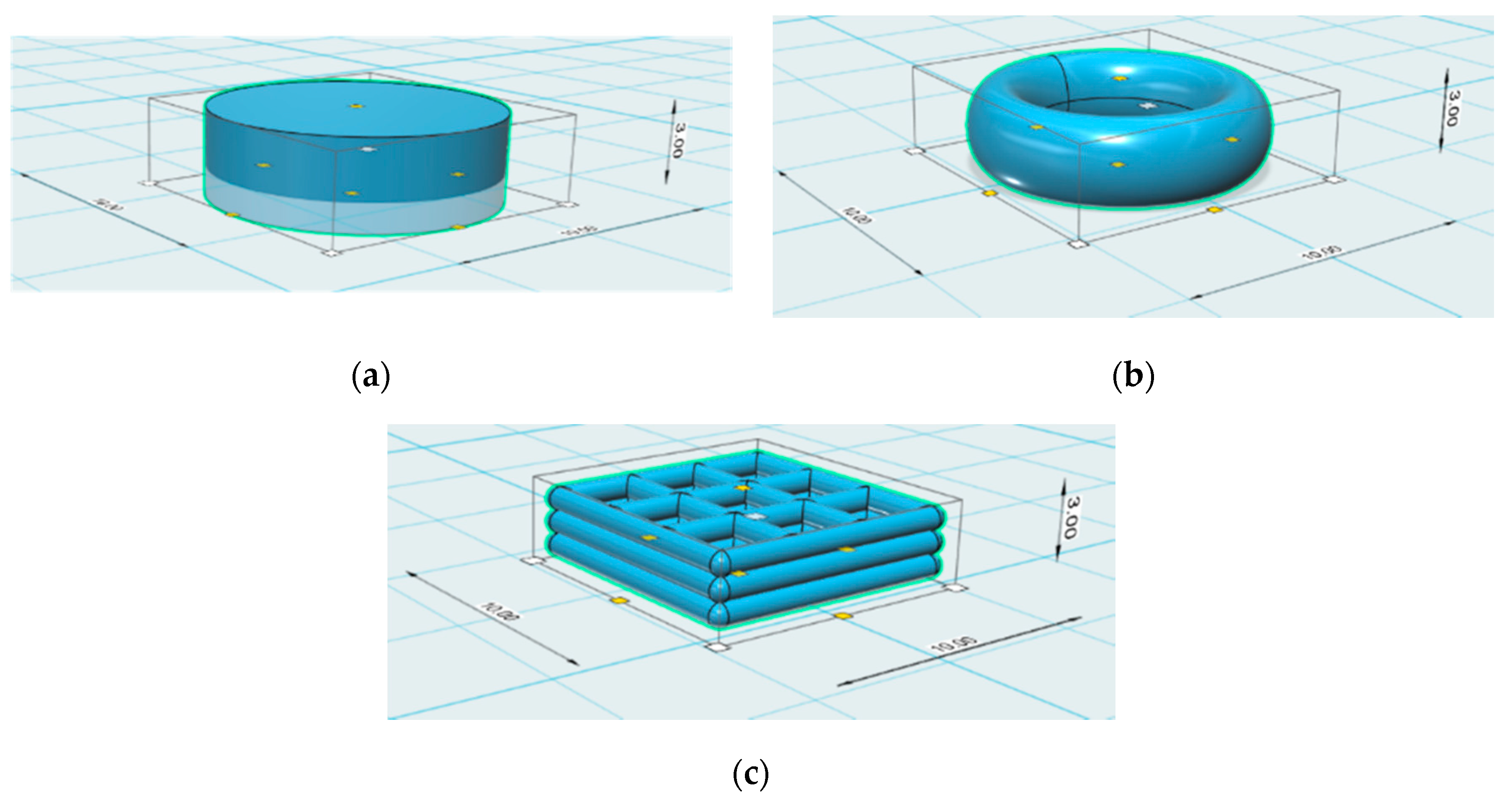 Table 1. Printing conditions of patches.
Table 1. Printing conditions of patches.
© 2020 by the authors. Licensee MDPI, Basel, Switzerland. This article is an open access article distributed under the terms and conditions of the Creative Commons Attribution (CC BY) license (http://creativecommons.org/licenses/by/4.0/).
We use cookies on our website to ensure you get the best experience. Read more about our cookies here.
Accept
We have just recently launched a new version of our website. Help us to further improve by taking part in this short 5 minute survey here. here.
Never show this again