From January 2011 to March 2018, 26 patients aged from 20 to 80 years old reported being sick in France after eating sea figs of the genus Microcosmus. The patients had symptoms evoking a cerebellar syndrome: blurred or double vision, ataxia and dizziness, asthenia, headache, muscle cramps, paresthesia and digestive disorders (nausea, vomiting and diarrhea). Three of the 18 food poisoning events recorded by the Poison Control Center in Marseille and involving four patients were further investigated as the meal leftovers were collected and analyzed. A previous study ruled out the presence of the regulated lipophilic marine toxins after high-resolution mass spectrometry, but further analyses were required to look for hydrophilic cyanotoxins. The sea fig leftovers from food poisoning case Numbers 1 (January 2011), 6 (December 2012) and 17 (March 2018) of this published case series were analyzed by hydrophilic interaction liquid chromatography coupled to low- and high-resolution mass spectrometry to investigate the presence of hydrophilic cyanotoxins. The sea fig samples showed anatoxin-a (ATX-a) concentrations ranging from 193.7 to 1240.2 µg/kg. The sea fig control sample analyzed was also contaminated with ATX-a but in a much smaller concentration (22.5 µg/kg). To the best of our knowledge, this is the first report of human food poisoning involving ATX-a as the possible causative toxin where the cyanotoxin could be unequivocally identified. View Full-Text
Keywords: sea figs; Microcosmus; human food poisoning; cyanotoxins; anatoxin-a sea figs; Microcosmus; human food poisoning; cyanotoxins; anatoxin-a
►▼ Show Figures 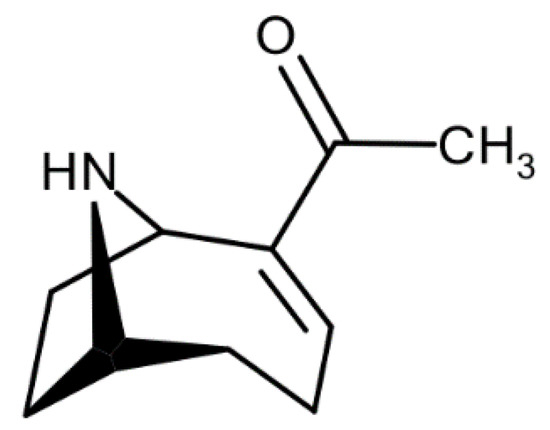