A Sterol and Spiroditerpenoids from a Penicillium sp. Isolated from a Deep Sea Sediment Sample
Previous Article in Journal

Anti-Melanogenic Property of Geoditin A in Murine B16 Melanoma Cells

Ovatoxin-a and Palytoxin Accumulation in Seafood in Relation to Ostreopsis cf. ovata Blooms on the French Mediterranean Coast

Dinoflagellates of the genus Ostreopsis are known to cause (often fatal) food poisoning in tropical coastal areas following the accumulation of palytoxin (PLTX) and/or its analogues (PLTX group) in crabs, sea urchins or fish. Ostreopsis spp. occurrence is presently increasing in the northern to north western Mediterranean Sea (Italy, Spain, Greece and France), probably in response to climate change. In France, Ostreopsis. cf. ovata has been associated with toxic events during summer 2006, at Morgiret, off the coast of Marseille, and a specific monitoring has been designed and implemented since 2007. Results from 2008 and 2009 showed that there is a real danger of human poisoning, as these demonstrated bioaccumulation of the PLTX group (PLTX and ovatoxin-a) in both filter-feeding bivalve molluscs (mussels) and herbivorous echinoderms (sea urchins). The total content accumulated in urchins reached 450 µg PLTX eq/kg total flesh (summer 2008). In mussels, the maximum was 230 µg eq PLTX/kg (summer 2009) compared with a maximum of 360 µg found in sea urchins during the same period at the same site. This publication brings together scientific knowledge obtained about the summer development of Ostreopsis spp. in France during 2007, 2008 and 2009. View Full-Text
Keywords: Ostreopsis cf. ovata; palytoxin; ovatoxin-a; LC-MS/MS; seafood Ostreopsis cf. ovata; palytoxin; ovatoxin-a; LC-MS/MS; seafood
►▼ Show Figures 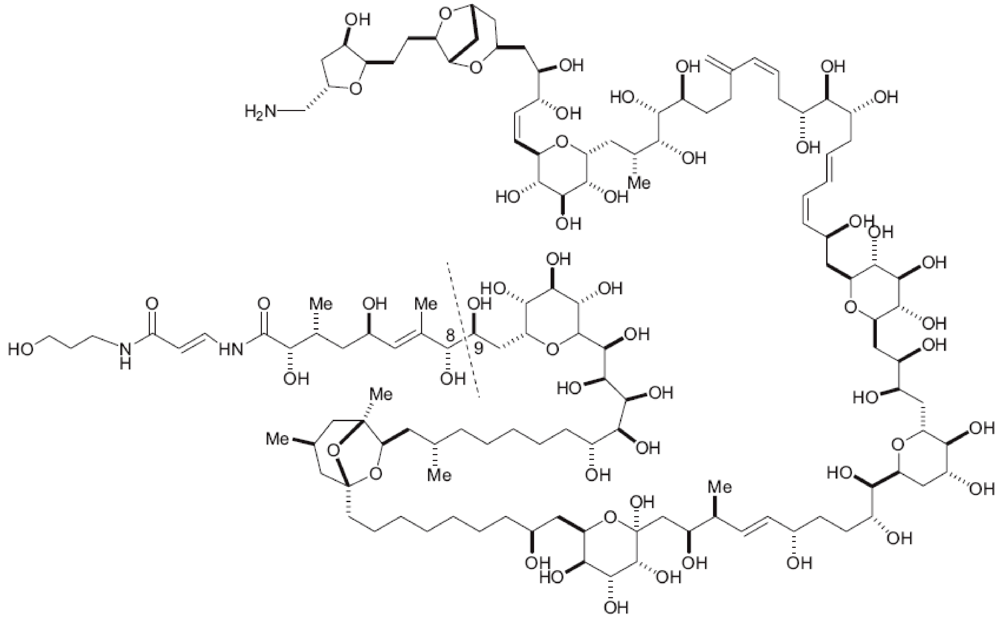