In Silico Veritas: The Pitfalls and Challenges of Predicting GPCR-Ligand Interactions
Previous Article in Journal

Protein Traffic Is an Intracellular Target in Alcohol Toxicity

Recently, fragment-based drug development (FBDD) has become popular. In FBDD, the most frequently used techniques are fragment linking, fragment evolution, fragment merging, and fragment growth [1-7]. In the fragment growth technique, which is the most popular method, additional fragments are attached to the seed compound by chemical modification. In the FBDD process, reducing the size of the seed compound is not the main tactic. Similar to conventional lead generation, the QSAR method is applied to the seed and its derivatives to increase the affinity, and the protein-compound complex structure is also analyzed in the lead generation.

In fragment evolution, one of the most important issues is predicting the position that can increase the affinity by chemical modification. In the lead generation process, the number of atoms is increased by 1.5 times from the seed compound to the lead compound, and the hydrophobicity is increased by the addition of hydrophobic groups to the seed compound [1]. If the protein-ligand complex structure is predicted by a docking study, the information can be helpful in designing the lead compound. However, prediction of the protein-ligand complex structure is difficult. Usually, the prediction accuracy of the cross-docking test by docking programs is approximately 20-30% [8, 9].

Especially in the case of the FBDD, a docking study of fragments is difficult, since the fragments are too small to obtain a stable protein-compound complex structure by docking study. Previously, we proposed the FSRG (fragment screening by replica generation) method, in which virtual side chains are attached to the fragments to enable the docking study [10]. In the current study, we developed a computational method that can predict position and increase the affinity by chemical modification for the fragment evolution method.

There have been many de novo design programs reported, such as LEGEND [11], LUDI [12], SPROUT [13], HOOK [14], GrowMol [15], PRO-LIGAND [16], CONCERT [17], LEA3D [18] and AutoGrow [19]. The differences between the current study and the previous studies are two points. The first point is that the previous studies reported the successful designed compounds for only one or two targets and the success rate was unclear. In the current study, the software was applied to the 15 targets and the success rate was evaluated. The second point is that the previous de novo studies overspecify the designed ligands. The designed compounds frequently meet the problem of synthetic accessibility. Some programs generate the compounds based on the known active compounds and these programs added chemical modification onto the given scaffolds. In some cases, medicinal chemists want to design ligands considering the availability of reagents and just want to know which position of compound must be modified. Thus, in the current study, the program was designed to suggest only the position of compound, which should be modified.

Starting from an active fragment (seed compound) and the 3D structure of the target protein, we try to predict which atom should be modified chemically to increase the activity. In the current study, only hydrogen atoms and fluorine atoms were modified. While there are numerous varieties of chemical modifications, only a limited number of side chains (less than 80) were used in the current study for chemical modification. A set of virtual compounds were generated from the active fragment by artificial chemical modification, and the subsequent docking study was carried out to rank the virtual compounds according to the docking score. The modified position of the top-ranked virtual compound was predicted as the active position. The details of this method are described below.

These side chains are introduced into the active fragment by the BindMol program, which is an in-house program. If the attached side chain comes into contact with an atom of the seed compound (intra-molecular atomic conflict), such a compound is not generated. The atomic coordinates of the generated virtual compound are optimized by an energy minimization calculation in vacuum. The Cosgene/myPresto program is used for energy minimization with a general AMBER force field, and the dielectric constant is set to 4R, where R is the inter-atomic distance [20]. The atomic charges are calculated by the Gasteiger method [21, 22].

The protein-compound docking simulation is performed with the Sievgene/myPresto program [23]. Each generated virtual compound is docked to the target protein by the flexible docking method and the affinity of each virtual compound is evaluated by the docking score. The docking pocket of each protein was indicated by the coordinates of the original ligand. Hydrogen atoms were added to the coordinates by tplgene/myPresto. The atomic charges of the proteins were the same as those of AMBER parm99 [24]. For flexible docking, the Sievgene program generated up to 100 conformers for each compound, and a 120×120×120 grid is applied to the scoring grid. The atomic coordinates of the target protein were fixed. The protonated states of the proteins and compounds are the dominant ion forms at pH 7. Finally, the virtual compounds are sorted according to their docking scores. The modified position of the top ranked compound among the all virtual compounds is the predicted active position.

The prediction accuracy obtained by side chain with set C was much better than that with sets A and B. The difference between the sets was that the side chains of set A included a C=C structure. This structure mimics that of amide or ester structures. Since the major contribution of the sievgene docking score is the ASA term and the electrostatic interaction is not as important, the size and shape of the group/compound is important in the sievgene docking score [10].

The prediction accuracy reached 60%, but no higher. Even if multiple structures were used, the prediction accuracy was not improved. In in-silico drug screening, the ensemble docking method has been used to consider features of protein flexibility such as induced-fitting. In an ensemble docking study, many protein structures are prepared for the docking study and each structure gives an in-silico drug screening result. We can obtain many screening results, but only a limited number of them can be reliable. How to select the reliable screening result from the many results is a serious problem. Ensemble docking studies have shown that the docking score does not consistently provide reliable results or true hit (active) compounds [41-44]. The same phenomenon should have occurred in the current study, and the docking scores were not good enough to predict the active positions. 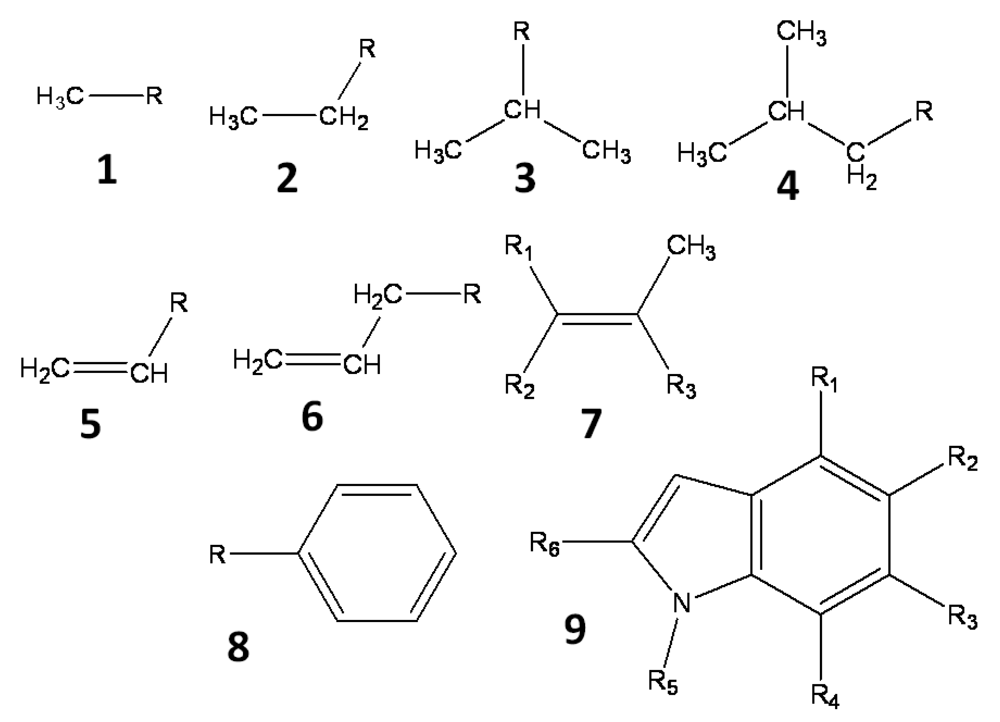 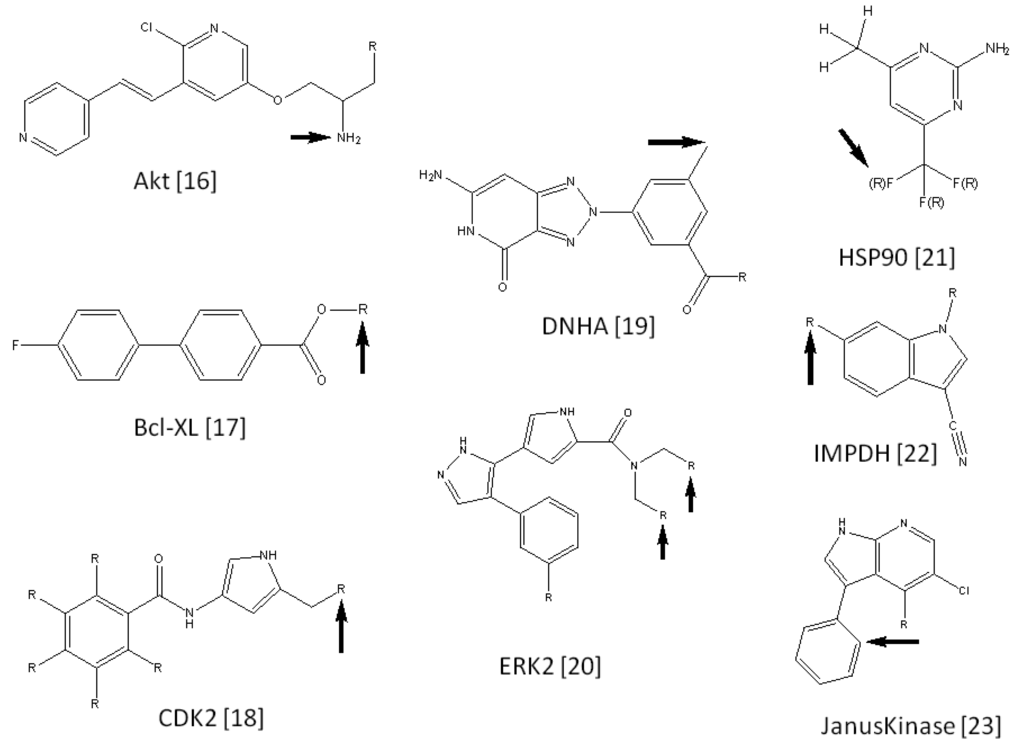 This work was performed as part of the NEDO project, Development of Basic Technology for Protein Structure Analysis Aimed at Acceleration of Drug Discovery Research, directed by Prof. Haruki Nakamura at the Institute for Protein Research, Osaka University, Japan.