Guest Editor’s Concluding Remarks―Advances in Usage of ANN, Discussion of an Unsolved Problem, and Some Differences between Papers Written by Engineers and by Physicians
Previous Article in Journal

The Integral Equation Model with multiple scattering (IEMM) represents a well-established method that provides a theoretical framework for the scattering of electromagnetic waves from rough surfaces. A critical aspect is the long computational time required to run such a complex model. To deal with this problem, a neural network technique is proposed in this work. In particular, we have adopted neural networks to reproduce the backscattering coefficients predicted by IEMM at L- and C-bands, thus making reference to presently operative satellite radar sensors, i.e., that aboard ERS-2, ASAR on board ENVISAT (C-band), and PALSAR aboard ALOS (L-band). The neural network-based model has been designed for radar observations of both flat and tilted surfaces, in order to make it applicable for hilly terrains too. The assessment of the proposed approach has been carried out by comparing neural network-derived backscattering coefficients with IEMM-derived ones. Different databases with respect to those employed to train the networks have been used for this purpose. The outcomes seem to prove the feasibility of relying on a neural network approach to efficiently and reliably approximate an electromagnetic model of surface scattering. View Full-Text
Keywords: neural networks; surface scattering; radar sensors neural networks; surface scattering; radar sensors
►▼ Show Figures 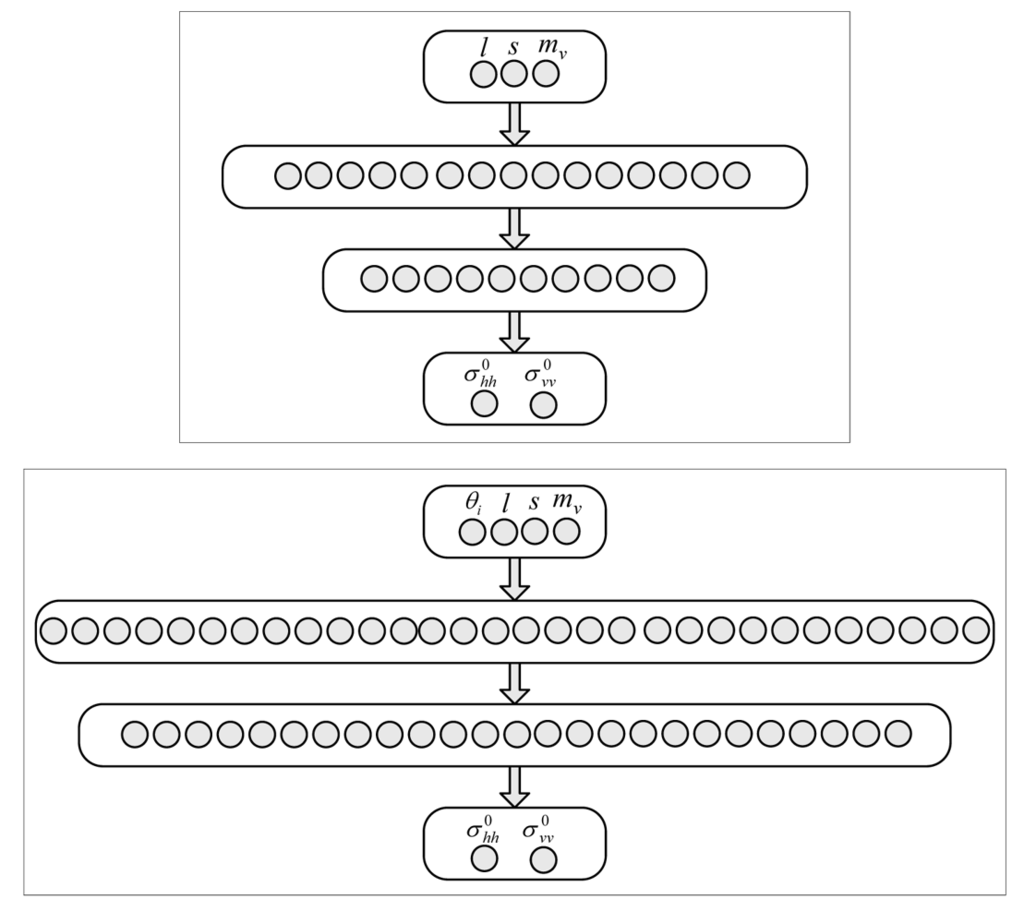