Variability of A Subterranean Prey-Predator Community in Space and Time

Subterranean habitats are characterized by buffered climatic conditions in comparison to contiguous surface environments and, in general, subterranean biological communities are considered to be relatively constant. However, although several studies have described the seasonal variation of subterranean communities, few analyzed their variability over successive years. The present research was conducted inside an artificial cave during seven successive summers, from 2013 to 2019. The parietal faunal community was sampled at regular intervals from outside to 21 m deep inside the cave. The community top predator is the cave salamander Speleomantes strinatii, while invertebrates, mainly adult flies, make up the rest of the faunal assemblage. Our findings indicate that the taxonomic composition and the spatial distribution of this community remained relatively constant over the seven-year study period, supporting previous findings. However, different environmental factors were shaping the distribution of predators and prey along the cave. Invertebrates were mainly affected by the illuminance, while salamanders were influenced by both illuminance and distance from the cave’s entrance. The inter-annual spatial distribution of the salamander population was highly repeatable and age specific, confirming a gradual shift towards the deeper parts of the cave with an increasing age. In general, the spatial distribution along the cave of this prey-predator system remained relatively constant during the seven-year study, suggesting that strong selective constraints were in action, even in this relatively recent subterranean ecosystem. View Full-Text
Keywords: artificial cave; ecotone; prey-predator system; salamanders; Speleomantes; subterranean habitat artificial cave; ecotone; prey-predator system; salamanders; Speleomantes; subterranean habitat
►▼ Show Figures 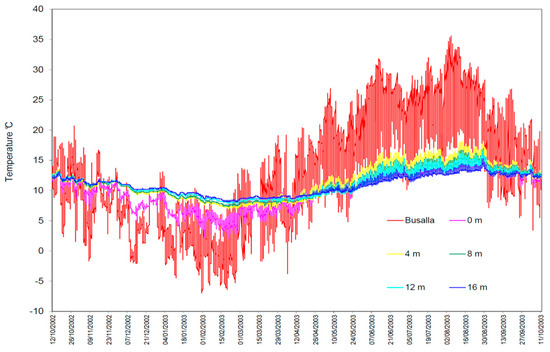