Synthesis of N-Heterocyclic Analogues of 28-O-Methyl Betulinate, and Their Antibacterial and Antifungal Properties

Hydrazide is an organic compound with a core hydrazine functional group and at least one hydrogen atom replaced by a substituent containing an acyl group. There is increasing interest among researchers in the development of hydrazide compounds, as they have been demonstrated to have a range of activities including antituberculosis [1], anticancer [2], analgesic, anti-inflammatory [3], anti-human immunodeficiency virus (HIV) [4], antidiabetic [5] and antimalarial [6] effects.
One of these hydrazide compounds is isoniazid. Isoniazid, also known as isonicotinylhydrazide (INH), is an antibiotic used for the treatment of tuberculosis. It has attracted much attention due to its demonstrated biological activity as an antituberculosis [7,8,9,10,11,12,13,14] and anticancer [15,16,17] agent.
In recent years, our research group has synthesised and tested isonicotinylhydrazide derivatives, namely N-benzoylisonicotinohydrazide. These compounds are known to have antituberculosis activity. One of the synthesised compounds was N′-(3-chlorobenzoyl) isonicotinohydrazide as a result of the reaction between isonicotinohydrazide with 2-Chlorobenzoyl chloride through an acylation reaction and this compound has been tested for activity in mycobacterium tuberculosis (H37Rv) with a Minimum Inhibitory Concentration value (25 ppm) [18,19]. One of the widely used methods for drug development is the modification of compounds into complexes with metals, as the formation of complex compounds has been proven to increase the pharmacological activity [14,16,20,21]. Recently, the bis (N′-(3-chlorobenzoyl) isonicotinohydrazide)iron(III) complex has been synthesised as an antituberculosis drug candidate.

This research was funded by a Penelitian Dosen Pemula (PDP) Grant from the Ministry of Research, Technology and Higher Education Indonesia in 2019.

The authors thank Perjuangan University and STIKes Bakti Tunas Husada Tasikmalaya for the provision of facilities to complete this research. 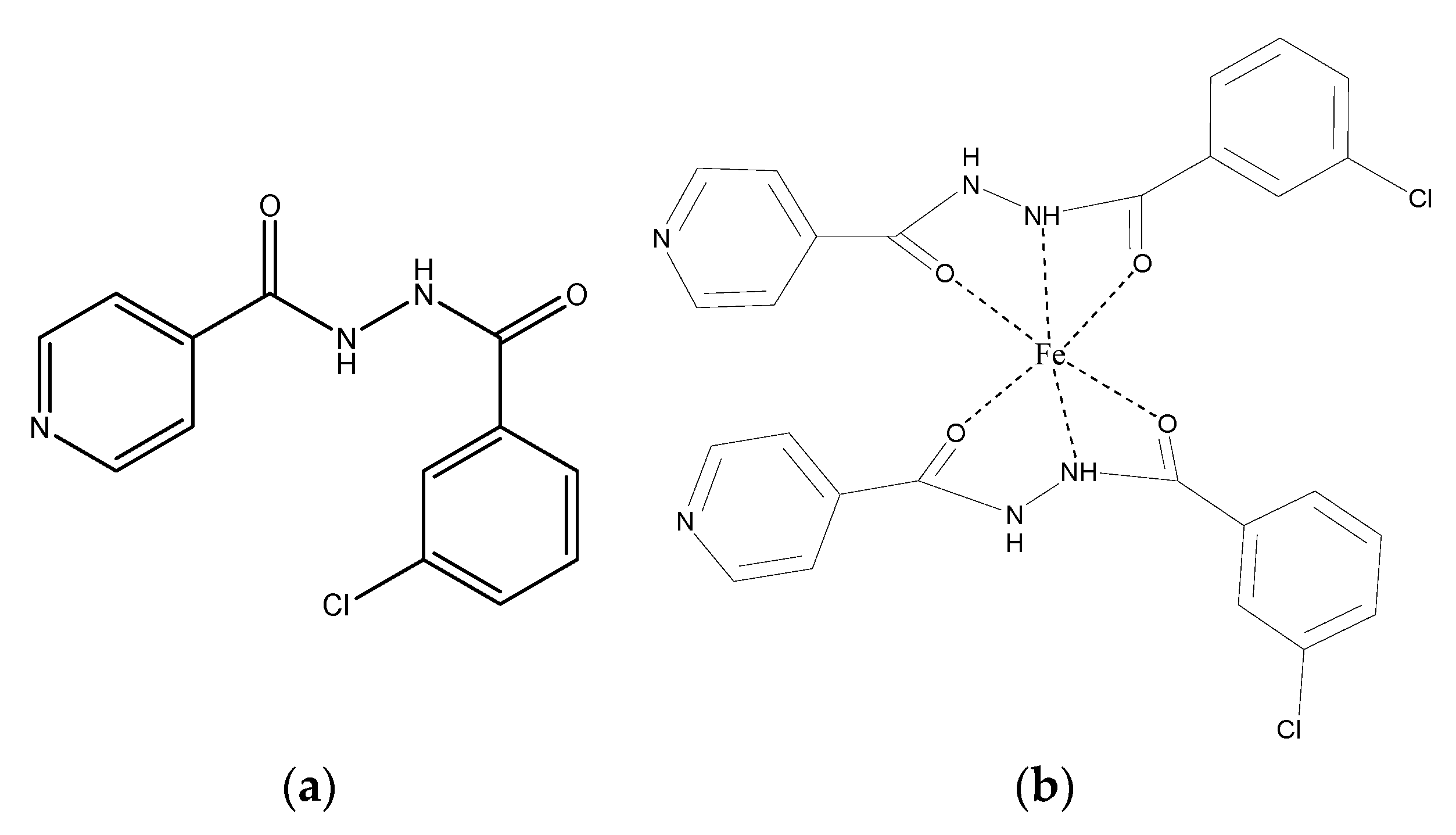