Glaucoma is a neurodegenerative disease that leads to irreversible retinal ganglion cell (RGC) loss and is one of the main causes of blindness worldwide. The pathogenesis of glaucoma remains unclear, and novel approaches for neuroprotective treatments are urgently needed. Previous studies have revealed significant down-regulation of α-crystallin B as an initial reaction to elevated intraocular pressure (IOP), followed by a clear but delayed up-regulation, suggesting that this small heat-shock protein plays a pathophysiological role in the disease. This study analyzed the neuroprotective effect of α-crystallin B in an experimental animal model of glaucoma. Significant IOP elevation induced by episcleral vein cauterization resulted in a considerable impairment of the RGCs and the retinal nerve fiber layer. An intravitreal injection of α-crystallin B at the time of the IOP increase was able to rescue the RGCs, as measured in a functional photopic electroretinogram, retinal nerve fiber layer thickness, and RGC counts. Mass-spectrometry-based proteomics and antibody-microarray measurements indicated that a α-crystallin injection distinctly up-regulated all of the subclasses (α, β, and γ) of the crystallin protein family. The creation of an interactive protein network revealed clear correlations between individual proteins, which showed a regulatory shift resulting from the crystallin injection. The neuroprotective properties of α-crystallin B further demonstrate the potential importance of crystallin proteins in developing therapeutic options for glaucoma. View Full-Text
Keywords: experimental glaucoma; α-crystallin B; neuroprotection; proteomics experimental glaucoma; α-crystallin B; neuroprotection; proteomics
►▼ Show Figures 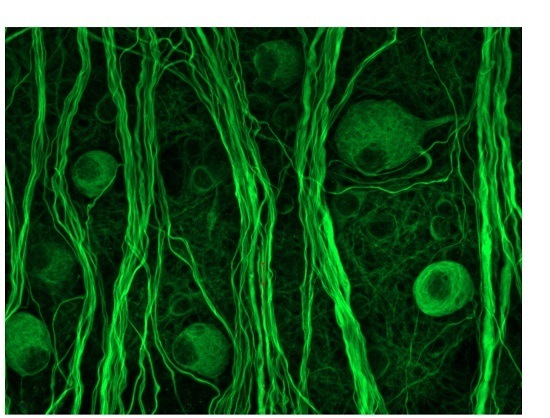