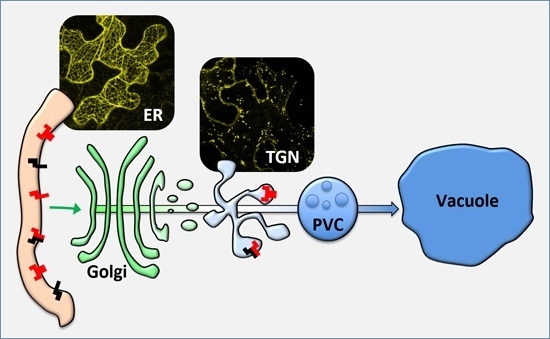 
Occhialini A, Gouzerh G, Di Sansebastiano G-P, Neuhaus J-M. Dimerization of the Vacuolar Receptors AtRMR1 and -2 from Arabidopsis thaliana Contributes to Their Localization in the trans-Golgi Network. International Journal of Molecular Sciences. 2016; 17(10):1661. https://doi.org/10.3390/ijms17101661