Vitamin 25(OH)D insufficiency/deficiency is currently recognized as a pandemic. Vitamin D insufficiency and deficiency occur in 9.3%–41.4% and 22.7%–90.3% of pregnant women, respectively [1]. Vitamin 25(OH)D deficiency results primarily from unawareness that moderate sun exposure constitutes the principal source of vitamin D3 in most humans [2]. The active form of vitamin D, i.e., 1,25(OH)2D, is now recognized as an important hormone playing a crucial role in skeletal homeostasis (classical effects) and exerting non-classical effects in various pathological and physiological conditions, such as cancer, arterial hypertension, cardiovascular diseases, brain development and immunomodulation [3,4,5,6].
Vitamin D3 is transported to the liver from the skin and intestines by vitamin D-binding protein (DBP) [7]. Here, it is hydroxylated to 25(OH)D, a major form of vitamin D found in the blood. Blood concentration of 25(OH)D reflects actual content of vitamin D in the human body [7]. The most active form of vitamin D, 1,25-dihydroxy-vitamin D, is synthesized in kidneys, as well as in other tissues and cells, e.g., parathyroid glands, prostate, macrophages, immune and reproductive cells [8]. The fact that 25(OH)D passes through the placenta to the fetus in early pregnancy, points to a pivotal role of appropriate dietary intake of vitamin D in pregnant women [9]. According to the Endocrine Society, insufficiency and deficiency of vitamin D are defined as concentrations of 25(OH)D equal to 20–30 ng/mL and <20 ng/mL, respectively. In turn, serum concentrations of 25(OH)D above 30 ng/mL are considered normal [9]. Deficiency of vitamin D is commonly diagnosed among pregnant women worldwide, and was shown to be associated with an increased risk of pregnancy-related complications [1].
Hypertensive disorders and gestational diabetes mellitus (GDM) are principal causes of morbidity and mortality in pregnant women, their fetuses and newborns [10,11]. Every tenth pregnant woman is diagnosed with gestational hypertension (GH), one of the most common complications and a leading cause of maternal mortality worldwide [12,13]. GH is the second most common cause of perinatal mortality due to hemorrhage in pregnant Polish women [14]. Depending on the study population and diagnostic criteria, prevalence of GH is estimated at 2%–7%. The risk of this complication was shown to increase with age, nulliparity, history of preeclampsia (PE) in previous pregnancies, diabetes mellitus and obesity [10,15]. PE is defined as hypertension (≥140/90 mmHg) and proteinuria, starting after 20 weeks of gestation [16]. Preeclampsia occurs in 5%–6% of pregnancies and constitutes one of the most common causes of perinatal complications, maternal, fetal and neonatal mortality [17,18,19].
GDM is another common complication of pregnancy. It is defined as glucose intolerance of any degree, which started or has been newly diagnosed in pregnancy. Depending on the study population and diagnostic criteria, GDM may affect up to 18% of pregnant women [20]. Principal risk factors of GDM include older age at conception and obesity. According to literature, a growing proportion of women decide to get pregnant at an older age, and the average age of getting pregnant is still increasing [21,22]. Metabolic disorders associated with GDM may negatively affect fetal development, which typically results in macrosomia, complicated labor, and perhaps also some postnatal complications related to fetal programming [23].
Although the biological role of vitamin D has been studied extensively, the consequences of its deficiency for maternal, fetal and neonatal health are still unclear [4,22,24]. The aim of this study was to determine serum concentrations of 25(OH)D in Polish women with uncomplicated pregnancies and pregnancies complicated by hypertension, preeclampsia and diabetes mellitus. Moreover, we analyzed an association between the concentration of 25(OH)D in maternal serum and the risk of hypertension, preeclampsia and diabetes mellitus.

Initially, a total of 244 patients were enrolled, but then women with multiple pregnancies (N = 5), intrauterine growth restriction (N = 7), premature rupture of membranes (N = 5) and hypothyroidism were excluded (N = 9), as well as the participants with heart problems and other co morbidities (N = 11). The study group was recruited from patients hospitalized at the Department of Obstetrics and Gynecology in University Hospital in Bydgoszcz. A total of 207 women, aged 19–40 years old, in singleton pregnancy, were included in the study (all Caucasian of Polish nationality, from Kuyavian-Pomeranian Region). The research was conducted in 2013–2015 at the Department of Obstetrics and Gynecology, Ludwik Rydygier Collegium Medicum in Bydgoszcz, Nicolaus Copernicus University of Torun.
A total of 45 women developed arterial hypertension during pregnancy, and 23 were diagnosed with preeclampsia. GDM was detected in 103 patients. In 84 patients GDM G2 occurred and in 19 patients GDM G1. Patients were stratified according to GDM type, G1 or G2, in line with the White classification [50]. Type A1 (corresponding to GDM G1) was defined as abnormal oral glucose tolerance test (OGTT), but normal blood glucose levels during fasting and one/two hours after a meal; diet modification was sufficient to control glucose levels. Type A2 (corresponding to GDM G2) was defined as abnormal OGTT compounded by abnormal glucose levels during fasting and/or after a meal; additional therapy with insulin or other medications was required. Patients who presented both arterial hypertension and GDM were excluded from the study. Gestational hypertension was defined as a systolic blood pressure >140 mmHg or diastolic blood pressure >90 mmHg on two or more measurements at least six hours apart, occurring after 20 weeks of gestation, without concomitant proteinuria. Preeclampsia was defined as the onset of hypertension (systolic blood pressure ≥140 mmHg or diastolic blood pressure ≥90 mmHg) in a previously normotensive woman, and proteinuria (at least 0.3 g of protein in a 24 h urine sample) without a concomitant urinary tract infection. Gestational diabetes was detected on the basis of a 75 g glucose tolerance test conducted between 24 and 28 weeks of gestation. All patients were in appropriate-for-gestational age (AGA) pregnancies. Fetuses were defined as AGA during pregnancy by an ultrasound scan. Patients, after in vitro fertilization, were excluded from the study, as were women with any other concomitant diseases. In all patients, serum 25(OH)D was determined during the hospital stay, up to seven days before delivery. Women presenting abnormal blood pressure were additionally examined for the severity of hypertension and presence of preeclampsia. Patient age, parity, body mass index (BMI), gestational age at delivery, route of delivery, birth weight and pH of the umbilical cord blood were analyzed. The control group included 36 women with uncomplicated pregnancies, normal arterial blood pressure and glucose concentrations. Baseline characteristics of study participants are presented in Table 5.

Blood samples of 10-mL were obtained from the cubital vein and immediately separated by centrifugation. The serum was stored at −80 °C until analysis. Subsequently, serum 25(OH)D concentration was determined by ELISA (25-Hydroxy Vitamin D EIA), Immunodiagnostic Systems Ltd. in Department of Laboratory Diagnostics, Ludwik Rydygier Collegium Medicum, Nicolaus Copernicus University in Torun; sensitivity 2.0 ng/mL (5 nmol/L), assay measured range was 2.7–152 ng/mL (6.8–380 nmol/L). A certified reference material (NIST Standard Reference Material (SRM) 972) was used for vitamin D measurement. The method remained under RIQAS control, and the results of the assay are within the reference range for this control. The inter- and intra assay variabilities were 5.3% and 4.6%. Concentration of 25(OH)D <10 ng/mL (<25 nmol/L) was defined as deficiency, 10–29 ng/mL (25–74 nmol/L) has been accepted as insufficiency, and sufficient when concentrations were between 30–100 ng/mL (75–250 nmol/L).

All statistical analyses were performed using the PQStat version 1.6 (StatSoft, Tulsa, OK, USA). The Mann-Whitney U-test and the Kruskal-Wallis test withpost-hoc Dunn’s testwere applied to compareconcentrations of 25(OH)D (ng/mL) between the groups. Relationships between serum concentrations of 25(OH)D (ng/mL),patient age, pH of the umbilical cord blood and birth weight were assessed on the basis of Spearman’s rank correlation coefficient values. Prediction of hypertension, preeclampsia and diabetes (GDM G1 and GDM G2) were analyzed with univariate and multivariate models of logistic regression. The influence of the concentration of the 25(OH)D on the appearance of hypertension and preeclampsia were also analyzed with ROC curves. p-Value <0.05 was considered statistically significant and p-value <0.01 was considered statistically highly significant.
The study design was approved by The Ethical Committee, of The LudwikRydygier Collegium Medicum in Bydgoszcz (decision No. KB 502/2013, 2 December 2013). All participants have provided the informed, written consent.

In conclusion, both the results of previous studies and our findings presented here, documenting the link between maternal deficiency of vitamin D and the increased risk of preeclampsia, point to the important role of an appropriate level and adequate metabolism of this vitamin in pregnancy. However, we are well aware of the potential limitations of this study. The relatively small size of the sample did not enable us to formulate any ultimate conclusions. Consequently, larger studies are needed to confirm the findings presented here and to explore their underlying etiopathogenic mechanisms. It would be necessary to get detailed information on vitamin D and calcium intake, as well as on patients’ habits (outdoor activities and sunbathing). Available evidence is still insufficient to confirm a causative link between vitamin D and pregnancy disorders in line with Hill’s criteria. Nevertheless, our study demonstrated a high prevalence of 25(OH)D deficiency/insufficiency among pregnant Polish women. 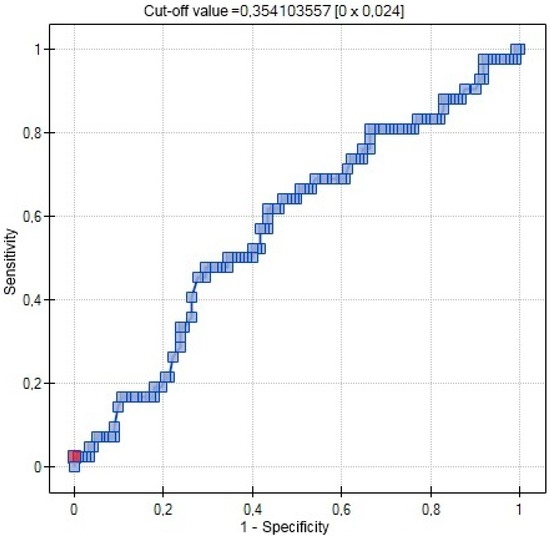 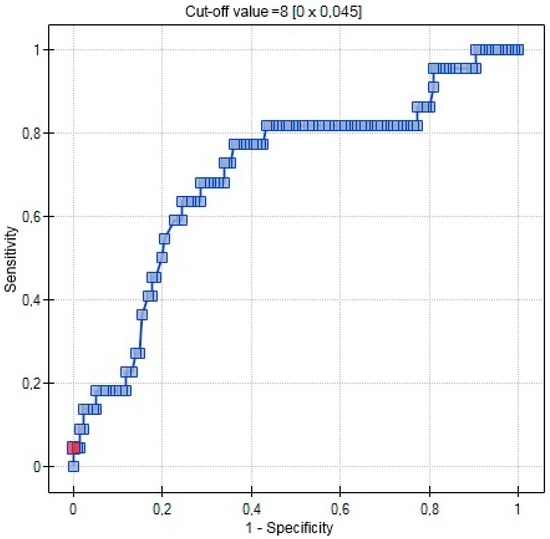 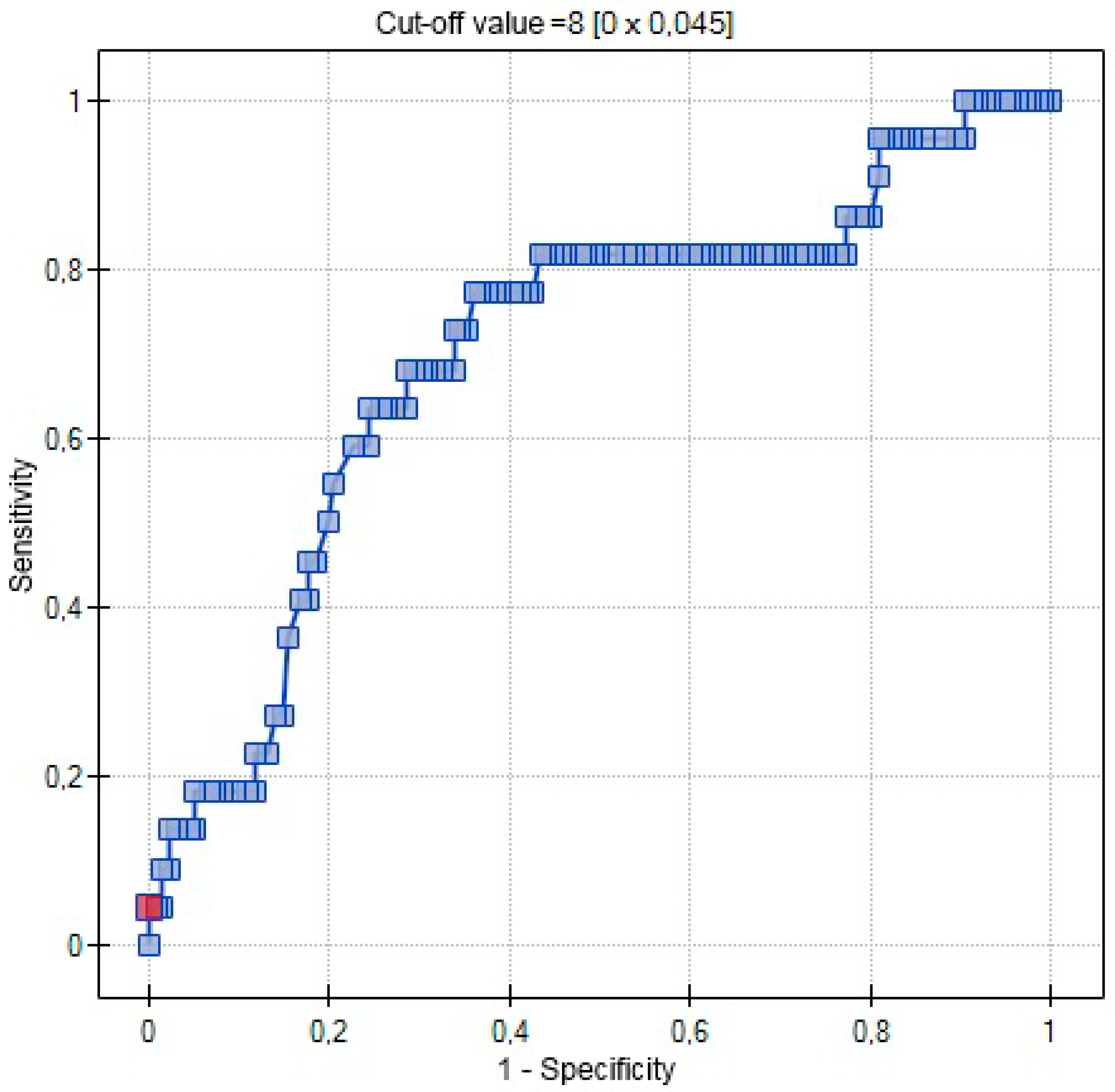 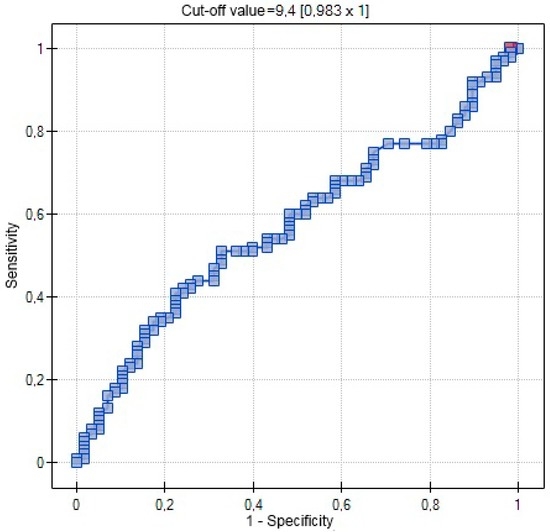 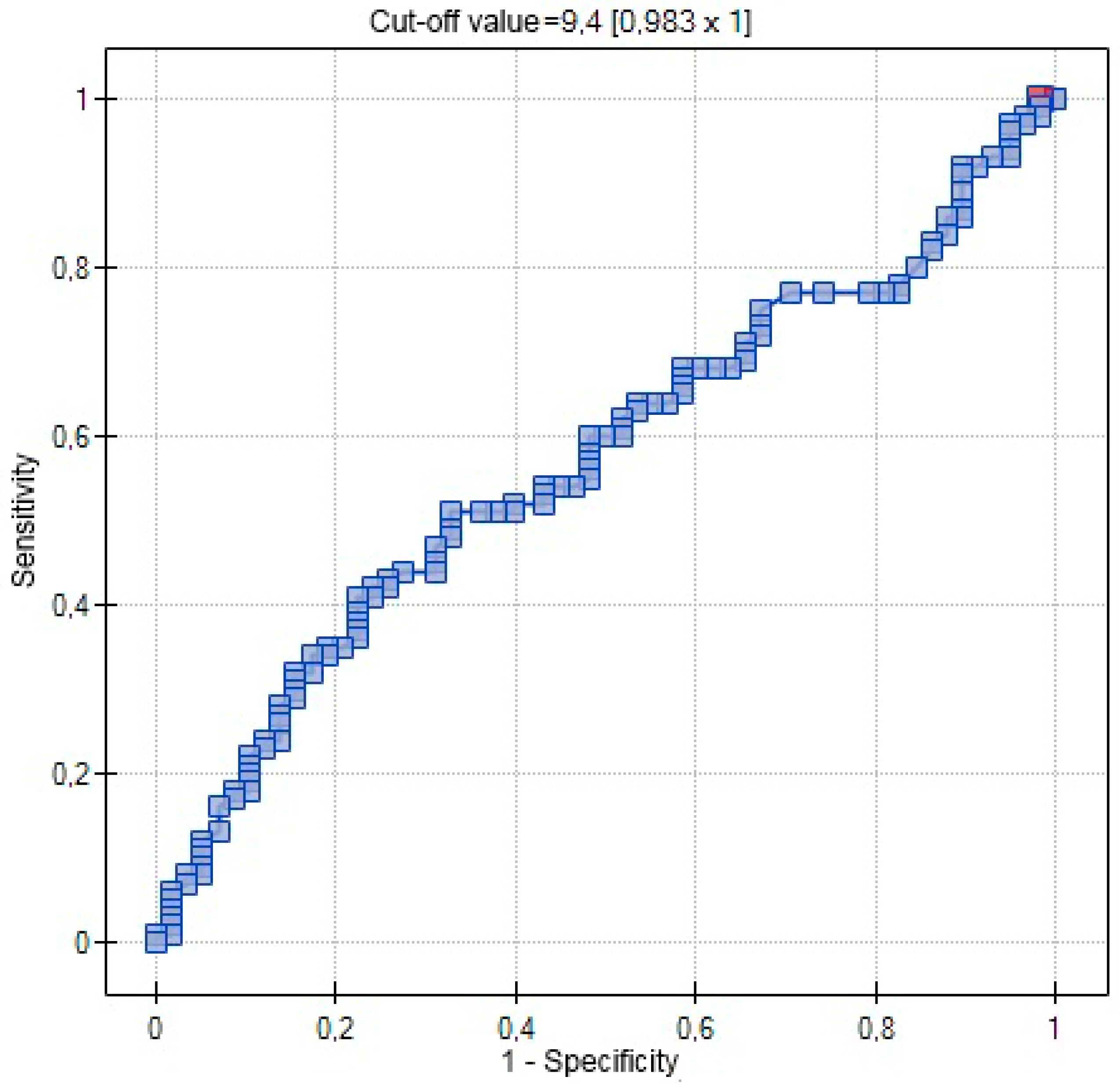 Table 4. Results of univariate and multivariate logistic regression analysis examining the effects of serum 25(OH)D levels (ng/mL), age and primiparity on the incidence of preeclampsia.